An eye for style, a silken touch and a pristine sense of timing, the end credits to a class flick 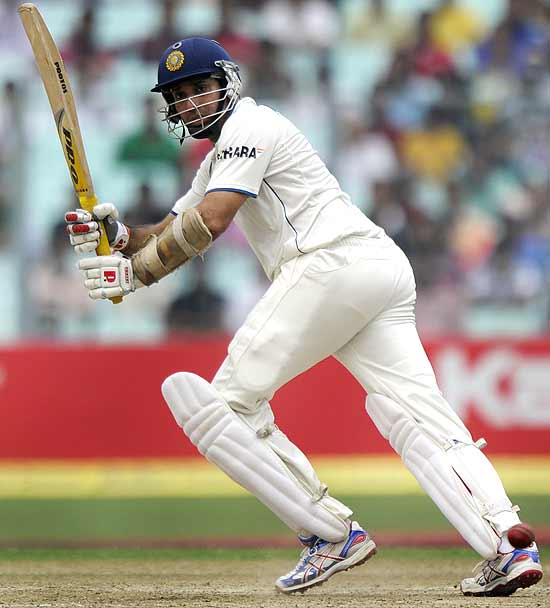 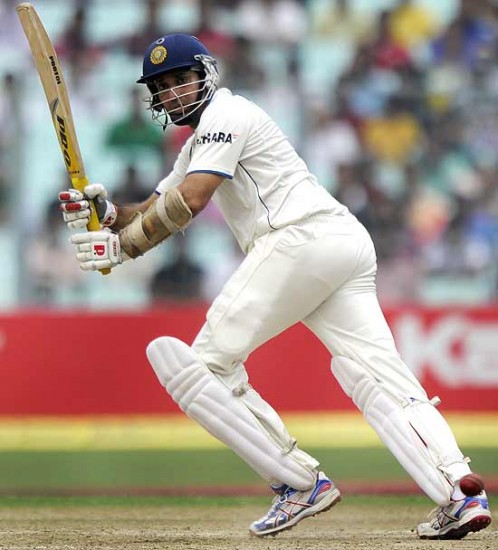 “When I walk out to play in Hyderabad (against New Zealand), I will feel a deep void. A void that can never be filled. My dear friend, V.V.S. Laxman, one of the best players Indian cricket has seen and I have played with, will no longer be with me,”

“One of the best human beings I have ever met. Spent a lot of time (together) while batting and fielding, and our chats would always be about the team. We will miss him whenever the team cuts a cake. Personally, I will really miss you Lachhu bhai,”

—M.S. Dhoni
not about to miss the party, on Twitter

“The best part about Laxman was his sense of grace on and off the field, both in good times and bad times. I’ll remember him most for his sense of balance while batting, his ability to keep smiling whatever the situation and the tenacity to keep bouncing back,”

“That was the brightest day in Laxman’s career. That innings had a big impact on Indian cricket. It had given us a huge sense of relief and made us have belief in ourselves that we are not behind... And since then, we never looked back,”

—Sourav Ganguly
on that 281* knock in Calcutta

“For 16 years at the highest level, Laxman personified grace. He was incapable of an ugly stroke. He deserves his rest, his time with the family and the realisation of his final dream—winning the Ranji Trophy, India's premier domestic tournament, for Hyderabad,”

“Laxman is one of the greatest cricketers. He has won so many matches for India. He has won tremendous matches for India from no win-situations. He should have got more recognition for his performances. He is a thoroughbred gentleman and soft-spoken person with great character,”

“If Sachin is called the god of cricket, then you, VVS, are the angel we all strive to be,”

“No muggle could possibly replicate the wizard’s batting. The least a successor could attempt to do would be to match Laxman's mettle,”

“Not just for skill and mastery but also for impact on a Test, VVS’s 281* vs Oz at Eden Gardens in 2001 is the greatest innings by an Indian.”

“Requires a very special man to turn his back on a grandstand end and accept the moment has come. Rose in my eyes if he could any more.”

“What more can I say, he has been an incredible batsman, as you all are aware, and a fabulous, fabulous individual. I have no hesitation in calling him a legend of our time,”

“You cannot replace a Laxman. They don't make sportsmen like him anymore. We had plans for him a few months ago, but we don't need to have those plans anymore,”

"He scored runs against us last time when we thought we had an opportunity to win a Test match. He has played for so long in international games. We have to exploit that area (his absence),”

“V.V.S. Laxman will be remembered for style and wristy flicks and bullying Shane Warne, now that is one heck of an achievement!”

“V.V.S. is one of the finest human beings to have played cricket. One of the main pillars of the team and a true friend. Words are not enough,”

“Cricket is his first wife.... I was taken aback (at the decision to retire) because his aim was to beat Australia and England in India. So, we were expecting him to play till the Australia series. It was quite a surprise. But, he listened to his inner consciousness. That is what matters more,”

“A few of his innings have been real gems. For him to have come up with such innings in times of crises for the team was special.... Every good thing has to end.”

“There were hardly any opposition batsmen in international cricket whose wicket we valued more highly than that of V.V.S. Laxman. I personally was sick of seeing him bat in the middle against us. And we were always glad to see the back of him. It was only very rarely that we celebrated VVS’s wicket before he had done considerable damage to our bowling attack.”

“Thank you for all the memories, V.V.S. The cricket world will mourn, Aussie cricket will celebrate.”

“One of the few batsmen who was a great chaser, an art only a few could master.”