A ­Universal Net To Hold All Workers 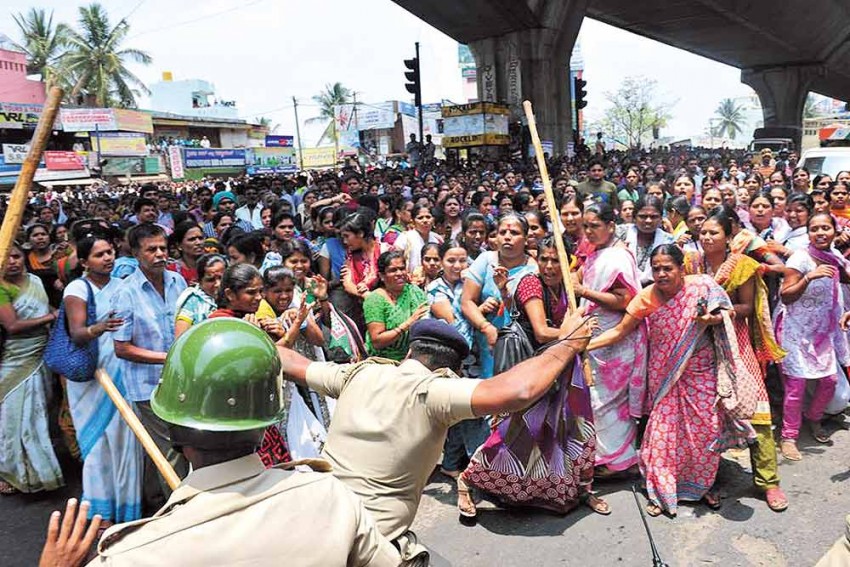 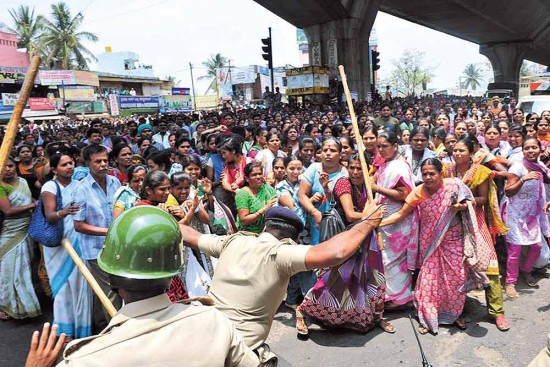 For close to six months, some of India’s leading labour unions and experts have been scratching their heads, trying to fathom proposals in a ‘code’ drafted by the government. It’s the Draft Labour Code on Social Security and Welfare they are grappling with. Rel­eased this March for comment, this is the third in a series of four codes the government plans to introduce for a major revamp in workplace-related laws and regulations, mostly by amalgamating and replacing 44 existing ones, many of them archaic. Proposed in the latest code is the notion of ­social security for all.

Union leaders say universal social sec­urity has been one of their demands for decades. They support the government’s intent to ensure minimum wages, pension and health benefits to every worker. What leaves them baffled is why all the existing welfare benefits that trade UNI­ons have managed to secure only for a small section of workers are not being extended by the government to workers in the unorganised sector—not even quantified minimum wages. To top it all, they cannot comprehend how the bur­eaucracy can own up and manage this gigantic transition when the current system is run primarily by the trade unions.

“The code clearly says the government will not pay for social security of unorganised workers,” says a CITU leader.

“Our problem with the code is it doesn’t say what social security will be given to workers, but is clear that the government will not pay for unorganised workers’ social security,” says K. Hemalata, president of the CPI(M)-affiliated Centre for Indian Trade Unions. “They call it universal social security, but the code doesn’t say how universal it will be. It says state governments will decide the minimum number of workers in a unit that would make it mandatory for an establishment to comply with social security. If the states set the threshold at, say, 40 workers, 72 per cent of establishments will become exempt.”

Hemalata mentions unorganised workers specifically as they are at the heart of universal social security—only around 1.2 crore of the total 47.2 crore workers in the country are in organised employment. A prominent study in the mid-2000s found that even within the organised sector, only five or six per cent were covered by social security. It is worse in the unorganised category, which typically entails home-based work and also includes the self-employed.

The unorganised sector also subsumes households that manufacture or trade in low-cost goods and services, ranging from incense sticks to beedis, kites or bangles. The sector is dominated by small-scale operations that offer the least or no social security and have little chance to grow in size. It is in such trades that most Indians are employed, usually without fixed ­income, ­allowance, leave, healthcare or accident ­insurance. It is in this zone of least security, where 92.7 per cent of the Indian workforce toils, that the government’s newest code set out to ­intervene. Yet, it is also where the code’s ­proposals falter.

“If government will not pay the emp­loyer’s contribution for self-employed and unorganised workers, then social security cannot become universal,” says C.K. Saji Narayanan, president of the RSS-affiliated Bharatiya Mazdoor Sangh (BMS). “Take the case of agricultural workers. You cannot ask peasants who are committing suicide to pay social security for the labour they hire. They are not even able to pay wages. The government should allocate 10 per cent of the annual budget to fund social security and make minimum wage a constitutionally guaranteed right.”

The BMS has raised questions over whether the idea of universal social sec­urity is in sync with the bureaucratic structure that is actually proposed. “The code gives bureaucrats the upper hand, which we strongly oppose,” says Saji Narayanan, warning that this feature can render the code a “total failure”.

India’s most cited study of the sector—a 2007 report of the National Commission for Enterprises in the Unorganised Sector (NCEUS)—­propo­ses a ‘national board’ at the Centre with trade union, employer, government and public representation. Together, the report says, this national board will consider all aspects—including social security—related to unorganised workers. Exactly as NCEUS recommends, the new code proposes state and national councils to administer social security, but with only two representatives from trade unions among the total 20 council members. “The bureaucracy will control the social security mechanism and there will be no focus on how to provide for welfare,” says  E. Premdas Pinto, a lawyer associated with the Centre for Health and Social Justice.

Unions have run EPFO and ESI so far. The new code will change the way social security is administered.

That almost overturns the existing system in which the unions have been successfully administering the Employees’ Provident Fund Org­anisation (EPFO) and Employees’ State Insurance (ESI), tog­ether the world’s biggest social security scheme. “EPFO is successful because trade unions are connected with the ground realities,” says Saji Narayanan. “Unions enable people’s participation, which is the lifeline of democracy. That’s why we will never give up our present pos­ition in the social security boards. The basic architect of EPFO is none other than Dr B.R. Ambedkar. He knew the UNI­ons are the best representatives of beneficiaries—we oppose bureaucrats and technocrats taking over social security.”

The new social security regulation hie­rarchy to be put in place would be led by the prime minister, while alm-ost all others are technocrats and ­bureaucrats—something that has little to do with the proposals in previous reports by the labour commissions. “The new code is unnecessarily creating chaos,” says G. Sanjeeva Reddy, president of the Congress-affiliated Indian National Trade Union Congress. “It reduces the benefits workers enjoy and only ­brings together all the existing Acts. The ­government didn’t discuss its ­proposals with the unions. These ­unilateral ­proposals have nothing in them for workers.”

Stressing that the tripartite structure of negotiations among the unions, government and employers should be maintained, Jayan Jose Thomas, who teaches economics at IIT-Delhi and is industrial policy advisor to the Kerala government, says, “It is not good for a democracy to have legislation that is too centralised.”

Pinto agrees and says, “There seems to be too much centralisation and it is ­unclear if that is deliberate. There are far too many loopholes in the code.” For example, the code says nothing on who will pay the employer’s contribution for domestic workers who work in more than one home. Such persons are classified as self-employed and, technically, don’t have an employer, hence nobody to pay the employer’s share in their ­social security account. “You don’t guarantee minimum wage, but want these people to pay 20 per cent of ­their income to social security,” says Pinto. “It’s not possible.”

Another concern is the code’s reference to “intermediaries”, entities that can be pulled in to perform unnamed tasks under the code. “The reference to intermediaries is dangerous—it can ­become a very easy way for the private sector to make money, by accessing the funds meant for workers’ protection,” says Saji Narayanan. Besides, the overarching concern is that the code is, in fact, not that simple, fuelling concern that it was prepared with inadequate consultation. “The government should take into account previous research in the unorganised sector, including by official agencies. They do not seem to have done that,” says Thomas.

In 2008, India had passed social security legislation for unorganised workers. “That earlier law became a laughing matter,” says K.R. Shyam Sundar, who teaches human resource management at XLRI, Jamshedpur. “It was extended to domestic workers, but it kept meandering instead of giving benefits. Now this new code raises more questions than it answers. The government claims it is actively promoting social security, but nowhere in the code does it refer to budgetary support for this exercise.”

Sundar believes social security can be universal, but it cannot be done by “a single stroke of the pen”. Labour, on the concurrent list—subjects both states and the Centre can legislate on—leaves plenty of room for states to make laws and frame rules. Merely amalgamating laws rela­ted to workers is futile in that context. “Rajasthan, Haryana, Tamil Nadu, Maharashtra and others are passing laws on emp­loyment based on what industries demand,” says Sundar. “They are doing reform by executive order. We are getting hundreds of new labour laws instead of amalgamation.”

The new code promises advisory committees in states, which means more rules to govern all aspects of ­soc­ial security. Many experts can’t say how things will be different should this code pass into law as it stands. A single amalgamated “fund”, conceived as a repository for gathering all kinds of cesses the government collects for lab­our welfare, has been proposed. “While this is being done, nobody knows who will bear the cost of universalisation—there’s no talk of a budget for it,” says Sundar. “If all cesses are to be subsumed in a single new fund for workers’ welfare, the question is why. They should simply bring a law with a proper framework to give social security, separately, to unorganised workers.”

Sundar believes the existing cesses—for beedi workers, mine workers and others—are largely performing the role they were set up for. “Unification,” he says, “is not always a virtue.” According to a labour researcher engaged by the government in its drafting, the code is “just a draft” at present, though open for discussion. “I don’t think the intention is to make social security self-­cont­ributory,” says the expert. “If the ­government has to contribute to social security for all unorganised workers, the finance ministry will have to get involved. It is the finance ministry that  has to clear the budget allocation. If that’s what unions want, they should prepare for a big, big fight.”