A Unisex #MeToo Saloon? Not Yet

Power breeds sexual entitlement, but the gender skew is intact 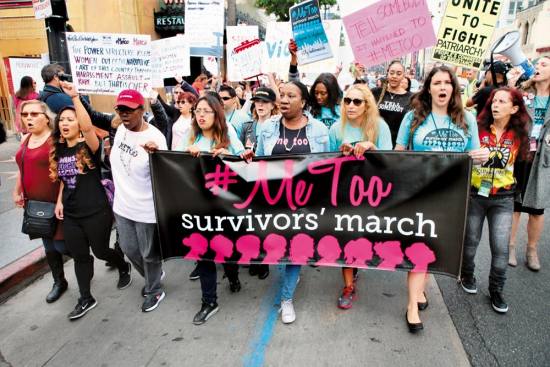 The MeToo movement was picking up steam over the months when it reached a curious impasse. The main channel flowed unimpeded of course—the latest prize exhibit coming in the shape of the beer-swigging frat boy-turned-judge, Brett Kavanaugh. But before that, the tyranny of averages had brought about a twist, perhaps an inevitable one. Two prominent women, one in academia, and one in showbiz, were accused of severe sexual harassment. NYU professor Avital Ronell was accused of sexually aggressive behaviour and sending downright raunchy emails to a PhD student. And Italian/Hollywood  actress Asia Argento was accused of seducing a minor. The emergence of women in the predatory role threatened to turn the tables in the MeToo debate. Feminists who chose to defend them—luminaries like Gayatri Spivak and Judith Butler among those who spoke up for the NYU professor—ran the risk of being seen as treating women like sacred cows. And it had now to be acknowledged that power is the culprit. That power, gender-neutral in the abstract sense, breeds a form of sexual entitlement, which is violently and humiliatingly enforced on victims, be the perpetrators men or women.

But are things as simple as that? Are predatory women instead speaking a kind of male language? Merely mimicking the age-old behaviour of men in power? Before we dive into that, one layer of complication, accusingly flung into the debate by ‘bros’ claiming victimisation by the MeToo movement (witness Trump’s latest comment that “it’s a scary time for young men in America!”), merits adjudication. This is an unspoken truth, the proverbial elephant in the room: