A Twirl Of A Golden Batsman

Shikhar Dhawan’s late efflorescence is touched by artistry, speaks of his self-belief 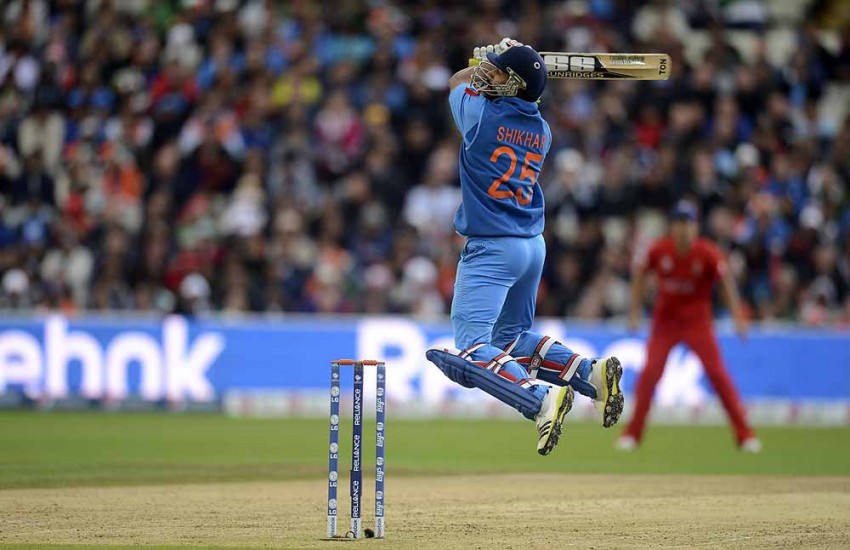 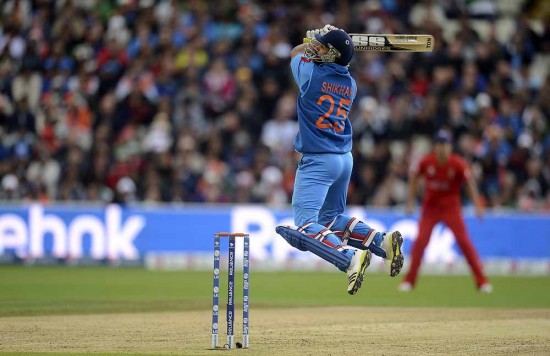 If you lived in Delhi and read the sports pages regularly, you might remember seeing Shikhar Dhawan’s name emblazoned across headlines for almost a decade now, though never in the main sports page. Glimpses of ‘Dhawan steers Delhi to victory against Railways’, ‘Shikhar Dhawan stars in thrilling Duleep Trophy tie’, ‘Dhawan scores century in Irani Cup’ would peep out of the ‘national’ sports pages. Finally, that sentence in national selection news—‘Shikhar Dhawan left out of Indian squad yet again’.

Winning the ‘Golden Bat’ in the ICC Champions Trophy as the tournament’s highest run-scorer shouldn’t have been a unique experience for Shikhar Dhawan. In 2004, Dhawan scored 505 runs, the highest, in the Under-19 World Cup in Bangladesh. Some of his teammates were Suresh Raina, Dinesh Karthik, Robin Uthappa, Ambati Rayudu and R.P. Singh—all made their India debut long ago. Many of his juniors like Virat Kohli and Rohit Sharma are seasoned national cricketers. Dhawan only made his Test debut a few months ago, scoring 187 runs against Australia—the fastest century ever by a debutant. Only to see injury force him out of the rest of the series.

Dhawan knew that script by heart: in now, out now. Always so close to being selected, yet left out for some reason. Many of his Delhi Ranji mates like Virender Sehwag, Gautam Gambhir, Aakash Chopra, Ashish Nehra and Vijay Dahiya have done national duty; many have even moved on to other careers. Seven players made their ODI debuts on the tour of Zimbabwe in 2010, led by Suresh Raina. Dhawan wasn’t one of them. Later that year, when he made a belated ODI debut against Australia in Visakhapatnam, he lasted just two balls with the bat. So, the just-concluded Champions Trophy in England was Dhawan’s first major international tournament. A simmering years-long pressure of seeing so many colleagues doing well must have been felt, but Dhawan says he knew his time would come. “I never wasted my energy in thinking about others’ success. I always appreciated their hard work, their luck. If I used to be upset with someone, it was with me. But I would tell myself that when I get the opportunity, I will prove it to myself,” Dhawan told this correspondent just after his Test selection.

Opportunities were rare, with Delhi mates Gambhir and Sehwag dominating all formats of the game. A sliver of hope was often shut out by bad luck. For instance, in 2009 when Gambhir was injured for the Mumbai Test versus Sri Lanka, Murali Vijay got a call (in that Ranji season Vijay had scored 386 runs, Dhawan 415 runs). Dhawan never gave up. He kept scoring runs for Delhi, North Zone, India A and various Emerging/Challenger teams. 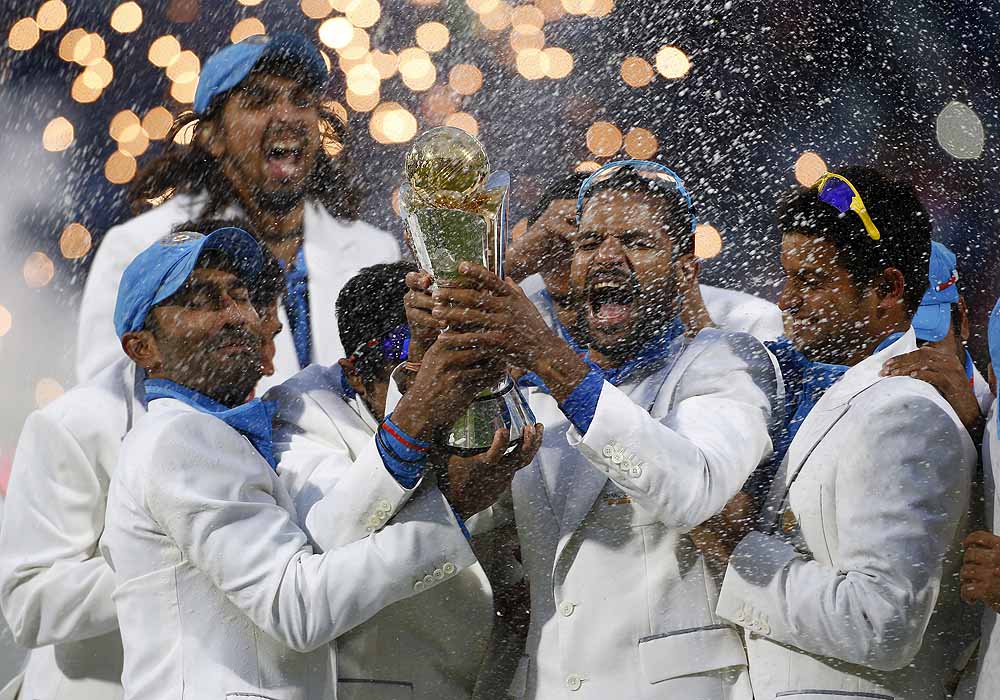 Photograph by Reuters, From Outlook 08 July 2013

For selectors, Dhawan’s consistency was under question. “He is an attacking player and you have to give him a bit of liberty when you judge his consistency. People will criticise his shot selection if he gets out, but will forget that playing shots fetches him valuable runs, like Sehwag,” says Parthiv Patel who spent two IPL seasons with Dhawan. Delhi Ranji coach and former teammate Vijay Dahiya says the best thing about Dhawan is his temperament and mental toughness. “If you are an intelligent cricketer, you will always pick up something from the likes of Viru and Gauti in the dressing room. Besides, the cut-throat competition among various clubs in the capital makes you mentally tough.”

Even if purists deemed the shortest form of the game to be a slamfest more suited to hot-blooded agriculturalists, it was but natural that someone with Dhawan’s style of aggressive strokeplay would come into his own in the  IPL. With 569 runs in the 2012 version, he was the third highest run-getter behind Chris Gayle and Gambhir. He scored 833 runs in the Ranji circuit that year and did well in Duleep Trophy and Irani Cup. It was also the year he married Aesha Mukh­erjee. “Marriage has definitely helped him. It seems he has got a right partner and he feels that failures in cricket will not torture him off the field. He looks happy and calm and it is being reflected in his cricket,” says former India spinner Maninder Singh, who says the Dhawan-Kohli era would be as good as the Seh­wag-Gambhir one. “My wife has brought me the lady luck. I am very thankful to God for my wife who understands me so well,” says Dhawan (see box).

Dhawan earned a Test berth this year when he replaced Gambhir, and got his first chance after Sehwag’s failures in the first two Tests against Australia. “Since my childhood, I’ve been a big fan of Viru bhai. Gauti wished me luck when I got my chance. I respect both of them and Gauti is a good friend who attended my wedding. Life is like that, sometimes you are ahead, sometimes your friends are. This goes on, but our personal equations have always been fine regardless of what happened on the field,” says Dhawan.

After that sensational knock, and the dispiriting injury that followed, Dhawan carried on from that 187. As the top batsman in the Champions Trophy, he scored 363 runs at almost 91, with back-to-back tons and a fifty in five matches. Says Dhawan, “I was fascinated by Matthew Hayden’s comeback story. He has struggled a lot and I have learnt a lot from him by just observing his game. His batting technique and fearlessness was inspiring.” Former Ranji mate Aakash Chopra watched his game in England from the commentary box. “The most striking thing about Dhawan is his hunger, a quality he shares with Kohli, that shows he’ll not waste his good form. He may not be as graceful as Sourav Ganguly on the off-side but his crisp cover and square drives in that area will always provide him good scoring opportunities. More importantly, pace doesn’t bother him—he gets into the right position quickly and has shown good balance,” says Chopra. “I hope this is just the beginning,” adds coach Tarak Sinha. Thousands of fans share that hope, as an attacking opener with panache and confidence is a national asset.

(Vimal Kumar is deputy sports editor at IBN 7. He is the author of Sachin—Cricketer of the Century)

Unreserved On The Rolls