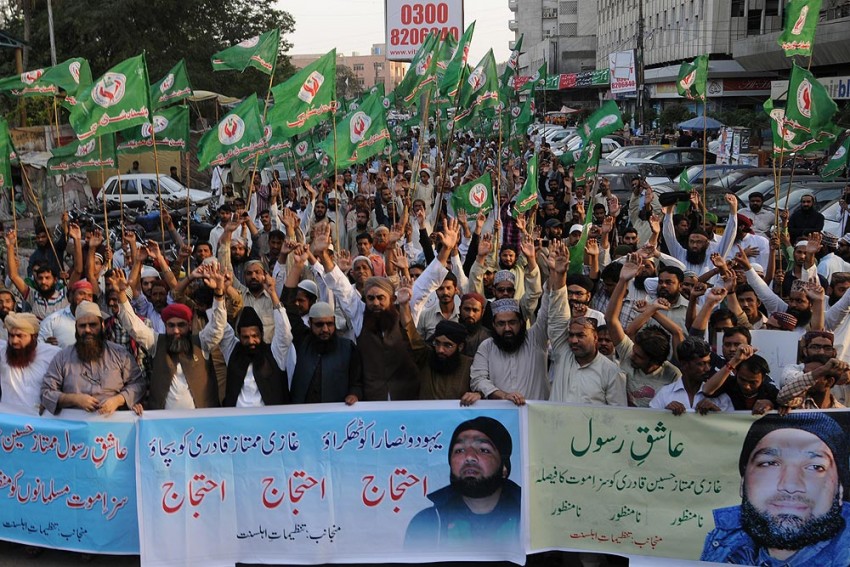 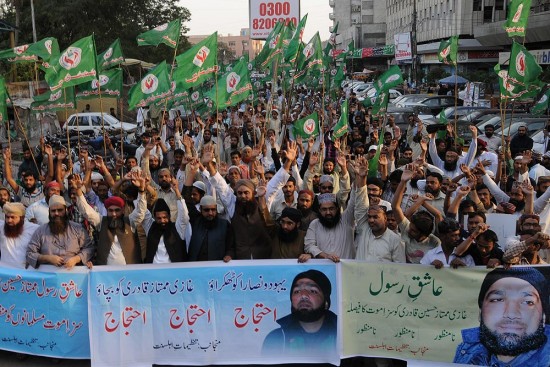 An air of bigotry and intolerance, a warped interpretation of religion entering the political discourse, min­orities under threat, intellectuals killed, some poor man dragged out of his house and lynched on suspicion that he ate beef—such aberrations weren’t supposed to happen in secular India, the world’s largest democracy. Christians under attack, usually on rum­ours of blasphemy, a governor gunned down by his own guard for expressing sympathy for a Christian woman in jail, sectarian killings, religion on the march and frenzy on the loose—these were expected to happen in Pakistan. Imagine then the relief, nay, the thrill, of aware Pakistanis realising that for a change, the winds of fanaticism and plain idiocy are blowing more fiercely across the border. Educated Indians couldn’t help being a bit patronising about Pakistan; now the joke is the other way around.

When Narendra Modi, under whose watch the 2002 massacre of Muslims happened in Gujarat, became prime minister, Pakistanis were a bit worried. He was expected to go tough on Pakistan. But as India, or the BJP half of it, makes a fool of itself in the name of religion, that worry has abated. We were the original thekedars of religion. It’s good to see the wand passing into other hands as Pakistan moves away from its extremist past. The army is fighting and defeating the Taliban, reducing the threat of terrorism. A semblance of control is being imposed on the national nuisance of mosque loudspeakers. Sectarian violence is abating. The Supreme Court has confirmed the death sentence on Gov Salmaan Taseer’s killer. The misuse of blasphemy laws has lessened. The retreat has not been easy, but having seen Islamic extremism up close and realised that the monster could devour its creator, Pakistan moved away from the feast. How delicious then the irony that an extremist Hindutva is finding fertile ground in India. (Delicious, I might add, because the level of maturity between India and Pakistan is such that solace and delight are found in each other’s afflictions.) Tired of the pillorying in the name of terrorism and intolerance, it’s a soothing balm for Pakistan to see India hurtling down the extremist track, once thought to be gifted to us by a pitiless providence.

Pakistan’s sole Nobel laureate, Dr Abdus Salam, des­pite his path-breaking work in science, was a virtual non-person in the country because, as an Ahmadiya, he’s not said to be of the true faith. For Pakistanis who cared about such things, this was an abiding shame. But India has come to the rescue. The Modi Sarkar couldn’t countenance Nobel laureate Dr Amartya Sen continuing as chancellor of the newly set up Nalanda University in Bihar. As Sen wrote in the New York Review of Books, “the tension between the government and the governing board of Nalanda over my continuing as chancellor was proving a barrier to the work of rebuilding” the ancient university. He mentions “a general pattern of interference in academic leadership across the country” and cites from Indian Express the hilarious instance of the new head of the Indian Council of Cultural Relations, Dr Lokesh Chandra, saying that “from a practical point of view, (Modi) supersedes the Maha­tma” and that Modi is in fact “a reincarnation of God”.

Pakistanis, no strangers to nonsense, have seldom scaled such heights. Religious extremism—whether Islamic, Chris­tian, Jewish or Hindutva—is ultimately an advanced form of idiocy. Pakistanis know from experience that, left to itself, this idiocy is harmless and even amusing. But allied to political power, and with sword or gun in hand, it is fatal. Pakistanis know all too well that when you empower the priest, the mullah or the pandit, the realm of reason and good sense shrinks. The Taliban dynamiting the Bamiyan statues, the Pakistani Taliban slitting the throats of captured soldiers and playing football with the severed heads, the ISIS employing naked terror as a weapon of control, a mob lynching a helpless man for suspected beef-eating—these are all aspects of the same madness.

(Veteran journalist Ayaz Amir has been a member of the National Assembly in Pakistan’s Parliament.)