A Trade Union For Team India

For long, BCCI has underpaid generations of cricketers. Now, the CoA is approached for a redressal long overdue. 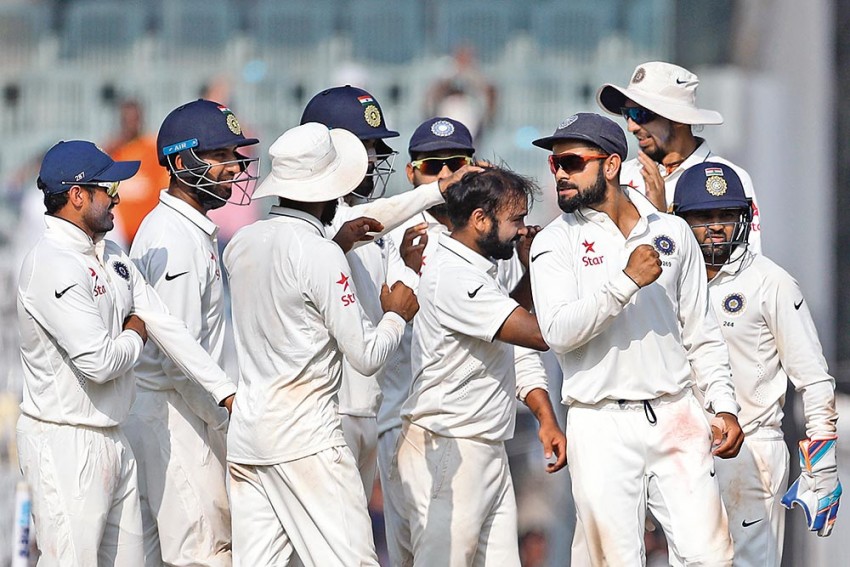 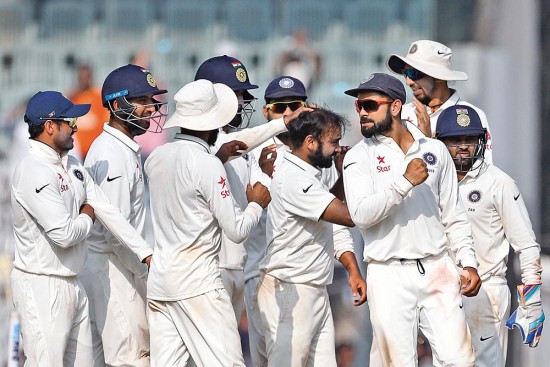 All is not well between cricketers and administrators in a cou­ntry where such ties have been decorous, seamless and regim­­e­n­ted. Bad blood is brewing bet­ween Cricket Australia (CA) and top Aussie players, like nat­ional team captain Steven Smith and vice-­captain David Warner over players’ salary. A five-year-old MoU between the CA and the players expires next month, and CA chief James Sutherland has shot off an email to the players about a pay cut. So much so that Warner has told Sydney Morning Herald: “If it gets to the extreme they might not have a team for the Ashes (this summer).” Thi­ngs have not rea­ched such a head in India yet, but there are enough grumblings among pla­yers about the BCCI playing scrooge when it comes to share of revenues.

The likes of Virat Kohli and M.S. Dhoni are well off financially not because of a generous BCCI, but because of individual endorsement contracts won on the back of consistent on-field performances. Still, captain Kohli is “very concerned” about hundreds of cricketers, including juniors, and wants the BCCI to pay attention to their lot. Chief national coach Anil Kum­ble, who as an active player some years ago represented the players in talks with the BCCI, is on the same page with Kohli & Co. Kohli and Kumble have already made a presentation to the Supreme Court-­appointed Committee of Admi­nis­trators (CoA) over player-related iss­ues. They are set to meet them again, before the Indian team leaves for the Cha­mpions Trophy, starting on June 1 in England.

Over the decades, many arrogant BCCI officials have treated cricketers as lowly emp­­loyees, often with utter contempt, har­­dly heeding their woes, let alone let a players’ association survive. The last atte­mpt to have a players’ national body was made in late 2002, but that soon fizzled out. Now, the CoA is not only ready to listen to Kohli and his team, but is equally “concerned” about them. To begin with, the CoA, constituted to reform the BCCI by implementing the Lodha Committee recommendations, regards cricketers and BCCI officials as equal partners. “Why shouldn’t they be equal? It is a great misconception to think that [BCCI] off­ice-bearers sit on a higher pedestal. After all, office-bearers are there because of players. I’ve always maintained that the BCCI generates huge revenues, is powerful, is primus inter pares in the whole world. Why? Because we have one of the best cricketing teams in the world. So, unless our players are empowered, where is the BCCI? Nowhere,” CoA chairman Vinod Rai told Outlook. This should be music to the ears of Kohli and his men.

The main bone of contention is the 26 per cent share that players receive from BCCI’s revenues. It is gathered that CoA head Vinod Rai, a former Comptroller and Auditor-General of India, has “a few ideas” of his own over the share of revenue and would soon be discussing them with all stakeholders. The revenue-sharing formula was announced by then BCCI president Jag­m­ohan Dalmiya in January 2003, but it has undergone major changes, even without players being aware about them. Dalmiya had said that the 26 per cent would include income from sponsorship rights, media rights, overseas tour guarantee money received from host countries (the practice has since been discontinued), share of Inter­na­tional Cricket Council (ICC) and Asian Cricket Council (ACC) events, and merchandising and licensing rights etc.

But at some point, the BCCI quietly tweaked this formula—now, the big chunk of funds it receives from the ICC/ACC is excluded, as is income from the IPL, thus shrinking the kitty further. For example, the BCCI received from ICC and ACC a total of Rs 54.15 crore in 2014-15 and Rs 163.11 crore in 2015-16, but not a rupee was shared with players. Further, the Board first takes out 70 per cent of the total revenues to distribute it among its state associations, deducts taxes and other expenses before the players’ share is determined from the leftover amount. All these deductions considerably reduce the money that goes to players.

It is gathered that Kohli and Kumble, mandated by members of the Indian team, have given a proposal to the CoA on various issues concerning players. But a non-committal Rai would only say: “I believe there are some suggestions, but we’ve not looked at it because I’ve told them that we’ll wait for the IPL to be over (on May 21) and then whoever are the interested stakeholders we’ve told them to give a presentation and explain to us what their views are.” 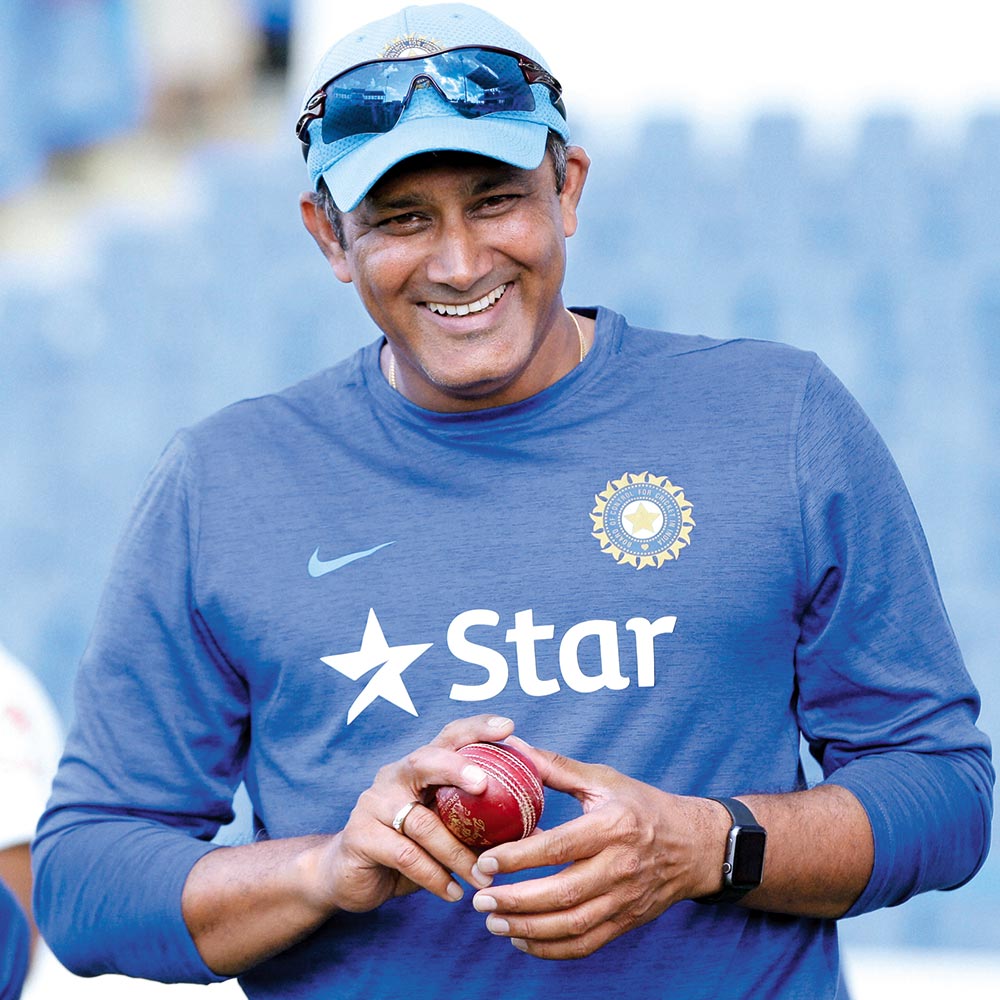 Head coach Kumble is with the players

Sources say that Kohli has informally raised player-related issues with Rai on a few occasions and issues on behalf of all male and female cricketers who play domestic tournaments, numbering a few thousand. “Some of the top-level players are well taken care of, not by the (BCCI’s) compensation packages, but through their personal endorsements. But Kohli is very concerned about other players. The issue is not so much about 26 per cent or 22 per cent, but about the elements that go into making that kitty from which players get their share. The size of that pool has been shrunk over the years. This pool could now expand,” says an insider. Harbhajan Singh and Sunil Gavaskar have also taken up the issue. In a letter to  Kumble, Harbhajan has raised the plight of domestic cricketers, stating the need for a revised domestic pay structure that hasn’t changed since 2004.

Another contentious issue is that of the BCCI’s virtual ban on Indian cricketers playing in the English county season. Rec­ently, in a bewildering turn­around, the BCCI allowed Yusuf Pathan to play in Hong Kong Twenty20 League and then withdrew it at the last moment. “It’s a very convoluted reasoning; it’s not convincing at all. The BCCI feels players may give precedence to playing county cricket and that some of them might not return to play Test cricket because of low match fees in the five-day format or due to their contractual obligations with counties. This reason the CoA has found ridiculous. Can a player not respond to the BCCI’s call and risk being blacklisted?” asked a source close to the CoA, speaking on reasons for disallowing players county stints.

Our cricketers don’t have a national pla­­yers’ association, which means they are not represented on the Federation of International Cricketers Associations (FICA). “As long as the Indian players ass­o­ciation is genuinely independent...we would welcome it into FICA and work with it to ensure that it is constructive and works for the collective interests of players and the game in general,” FICA exe­cutive chairman Tony Irish tells Outlook.

Going back to Oz, the Australian Cri­cketers Association (ACA) is so strong that it has rejected Cricket Australia’s (CA) offer of 45 per cent share from revenues as a fresh contract between the parties is to be signed next month. CA wants players to accept a pre-determined amount that is not tied to the revenue that it earns. There is a deadlock and a boycott of the prestigious Ashes series between Australia and England this year looms large. The example of the Major League Baseball lockout in 1994-95 in America also casts an admonitory shadow. If the current deadlock in Australia is not broken soon, we may well see a players’ strike. If that happens in Australia, it may give the Indian cricketers another handle to coax BCCI to shell out more for them. Now that the IPL is winding down, most of them will have enough time on their hands to conduct negotiations.