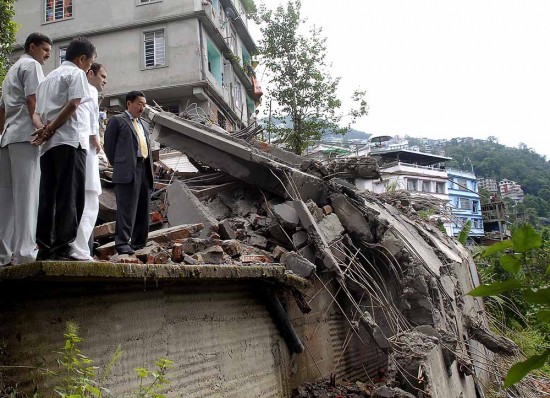 Whose Money Is It Anyway!

Exactly a year after a 6.9 magnitude temblor hit Sikkim on September 18, 2011, the mountain state was hit by another rude tectonic jolt, its 5.55 pm timing just 15 minutes off the original earthquake at 6.10 pm. It is the second anniversary of the 2011 tragedy, and a third shock awaits Sikkim’s people: the fact of the Pawan Kumar Chamling government—in power in the state since 1994—misutilising the funds it received from various agencies to rebuild public inf­rastructure that had been damaged in the 2011 quake and the accompanying landslides. This included financial relief to the families of the 111 people who died in the natural calamity.