A Tiger In Winter

Far from the limelight, 'Billy' Arjan Singh's is a life cherished for the wild 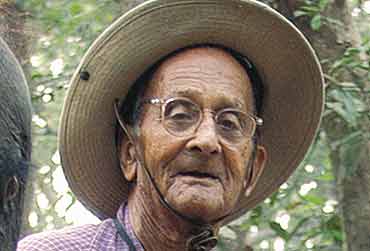 This is big cat history repeating itself with a geographical twist. In 1976, Billy had brought in a tigress from London's Twycross Zoo to his farm in the terai area of Lakhimpur Kheri. She was called Tara and her progeny still stalk UP's Dudhwa Tiger Reserve. Before that, he hand-reared leopards only to let them free in the jungle. He has fought with governments, shikar companies and poachers to save the ecosystem. And, almost like an ascetic, he has turned down exalted positions at the high tables of wildlife conservation to sit behind an old rickety typewriter in the remote Himalayan foothills.

Forever a lone field soldier, in his younger days, he physically tried to save rivers from silting and drove herds of barasingha (swamp deer) from flooded areas to safety. But now in his 86th year, 'Billy' Arjan Singh is defying the most powerful and destructive element of nature: age.