A Tango On Three Legs 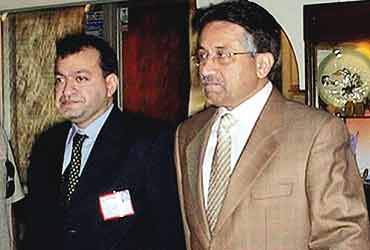 At Avari Hotel, Musharraf began to explain why he thought the signals coming from India were discouraging. First was New Delhi's statements claiming Jammu and Kashmir to be an integral part of India; and second was its insistence that any solution to the Kashmir problem be found within the framework of the Indian Constitution. Musharraf also carped against New Delhi's avowed willingness to listen to Islamabad should it present proposals on Kashmir. "It's not some song," he remarked sarcastically.

An hour later, at the Governor's House, Musharraf still appeared an angry man. "There are suspicions against India," he told Indian journalists. "That you don't have sincere intention to resolve the Kashmir issue, even though you have signed something. We're willing to discuss options on Kashmir in a purposeful manner. What does this mean?"