A Sutlej Funeral I Can't Forget

Nayar goes beyond his patently heroic subject to record mass movements with a wide arc of influence and the sacrifices they extracted, now half-forgotten 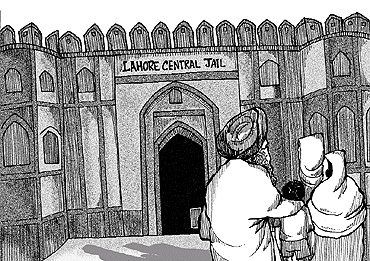 Kuldip Nayar is a prolific scribe. His syndicated columns are widely published in India and South Asia. With the spread of our diaspora, his writings have journeyed with them to distant lands where his column gets published in several non-Indian language papers. I have seen for myself how much his views are respected even by those who may be averse to India’s foreign policies or its cultural philosophies. Apart from his columns, he is the author of several books on different subjects. But he is no ivory tower intellectual; he travels widely both at home and abroad to meet people and policymakers in his quest for authenticity. He is one of our few intellectuals who have shrunk the distance between his writings and beliefs. A crusader for secularism and the rule of law, he is a one-man NGO, writing neither for financial gains nor to court the persons or parties in power.

When the Emergency was imposed, Kuldip was one of the few who stood up to be counted. When Punjab was in the throes of divisive militancies, he fearlessly exposed those who had misused their official positions for narrow gains. Amongst his icons is Bhagat Singh. While writing his biography, The Martyr Bhagat Singh—Experiments in Revolution, he realised he needed to do more research. His second book narrates the histories of various mass movements and peasant struggles that had conditioned the thoughts of an entire generation, including Bhagat Singh’s ancestors. The book tells the story of the ship Koma Gata Maru, and the heroes of the Gadar movement, who formed the vanguard of the anti-colonial surges of the 19th century. Amongst its leading lights were Bhagat Singh’s father, Kishan Singh, and uncle, Ajeet Singh.

The Jallianwala Bagh massacre had roused widespread protests in the country. Lala Lajpat Rai’s martyrdom at the hands of a British police officer had added to the public outrage. These incidents deeply impressed Ajeet Singh and Kishan Singh. Kuldip Nayar’s book graphically narrates the details of this widespread turbulence that went well beyond its epicentre to reach even the remote villages of Jhelum. The prominent nationalist Bhai Parmanand was arrested; and subsequently banished to the Cellular Jail in the Andamans.

Bhagat Singh and Sukhdev wanted to avenge these humiliations and also to rouse the nation from its deep slumber. The book narrates details of the sham trials in the Lahore conspiracy case. It also gives us an insight into the mind of the self-professed "political leper", Hans Raj Vohra. Kuldip has meticulously pieced together the life of this quiet and committed revolutionary youth who later turned approver for the government. After the trial, the British whisked Vohra off to the UK, where he joined London University, and later helped him find a job in several newspapers, including The Statesman, The Times of India and Deccan Herald.. After a life of being shunned by everyone, he died unnoticed and unwept in Washington. Just before his death, he composed a poem on himself, which Kuldip quotes in his epilogue:

The annexures also include two philosophical treatises by Bhagat Singh that I hadn’t read before. One was his views on Gandhi’s non-violence, The Philosophy of the Bomb, and the other, Why I Am An Atheist. The book also highlights a letter from Sukhdev’s brother that gives embarrassing details of how national leaders had shut their doors on him. It is inspiring to know how the revolutionaries fought the campaign to denigrate them even while facing day-to-day court prosecution.

Every call of the liberation struggle—violent or non-violent—had roused scores of political men and women in remote towns and villages. One of them was my uncle, Hukam Singh. He lived in a small village, Sanghoi, near Jhelum. He was married to my mother’s eldest sister, Parbati. An associate of Ajeet Singh and his circle, Hukam had to go underground to escape arrest. My aunt and the rest of the family did not know his whereabouts. Afraid of the consequences, the villagers dissociated themselves from the family. But my mother would often tell us about Hukam Singh and his association with Ajeet Singh and Kishan Singh. After several years, Hukam Singh resurfaced. By then, my aunt had died, leaving their three children, Balwant, Indro and Mitro, in the care of my grandmother. My grandmother never forgave Hukam for what she regarded as his "misdoings". After his return, he often came to meet my parents. As a boy of eight, I was greatly impressed by his bearing.

As Hukam Singh settled down, the bond between his family and Bhagat Singh’s strengthened. His daughter Indro became close friends with Bhagat Singh’s sister, Amro. They met frequently in Lahore, where Indro lived with her husband Ram Rattan Mehta, who worked in the Punjab governor’s secretariat as a junior official. Although she was my cousin, Indro was nearer in age to my mother, and the two were very close friends. Whenever we visited Lahore, we stayed with them.

The Lahore Congress Session of 1929 transformed the outlook of all Punjabis. My parents went to attend the session and they took me along. Indro, dressed in a sari, accompanied us. The theme song at the proceedings was Bhagat Singh’s favourite, Mera Rang De Basanti Chola. Bhagat Singh was still in Lahore Central Jail, and nearly everyone talked about him and his heroic deeds. Some of the elders even criticised Gandhi for failing to get him out as a part of the Gandhi-Irwin Pact.

Later, we had gone to Lahore again and stayed with Indro. Hukam Singh, who was also staying with his daughter, received a phone call. It was from Amro. She told him they were going to Central Jail for the ‘last interview’ with Bhagat Singh. Hukam Singh, Indro and my mother were included in this group. I too went along with them. We waited the whole day outside the jail, but the interview never happened.

I can’t remember now if it was that night, or a few days later, when Amro telephoned Indro to convey the sad news. The three heroes—Bhagat Singh, Sukhdev and Rajguru—had been executed. Again, Hukam Singh, my mother and me, too young to be left behind, joined Kishan Singh’s family in a bus that went to Ferozepur in the early hours of the morning. Somehow it got around where the bodies of the martyrs had been ‘disposed’ off. The crowds had reached the spot shouting, "Bhagat Singh, Zindabad".

It was an awful sight at the spot where the three revolutionaries were probably cremated. We saw some ashes and half-burnt logs lying about. Someone discovered a small piece of flesh lying among the ashes and wood. Some witnesses told the elders in our group that the police had thrown the ashes hurriedly in the Sutlej river. In all these years, I haven’t ever forgotten that horrific scene.

Memories apart, Kuldip Nayar’s Without Fear is an authentic account written with deep feeling. It deserves to be read by all who are interested in the life and thoughts of Bhagat Singh and the history of India’s glorious freedom struggle.

(I.K. Gujral is the former prime minister of India.)