A Surname On The Pages

Family ownership of media has a big plus: big egos can be shamed into idealism 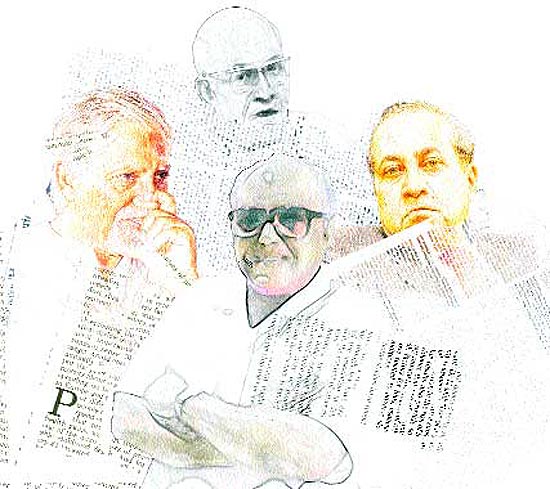 Idlers in the streets of Hazratganj in Lucknow in June this year, when I was in the city, could have sidled up to a barrow vendor, handed over Rs 25, received a few coins in change and been given 11 Hindi daily newspapers with which to while away the hot hours. Five of those dailies were well-known national brands, ranging from Aaj, the Ancient Mariner of Hindi dailies, now looking frail and faltering, to the muscular Dainik Jagran and Hindustan and the still-in-the-race Amar Ujala and Jansatta, the latter having that look of threadbare frugality that only an association with Ramnath Goenka (founder of the Indian Express Group) could impart.

The other six dailies, however, were puzzles, capable of explanation only by the cognoscenti of Lucknow. What fairy godmother, for example, paid for the ink, the paper and the printer’s labour to produce Avadhnaamaa—eight pages for Re 1 and not a paid advertisement in sight?