Pakistan backs the ‘decent, modest’ Shoaib to a man 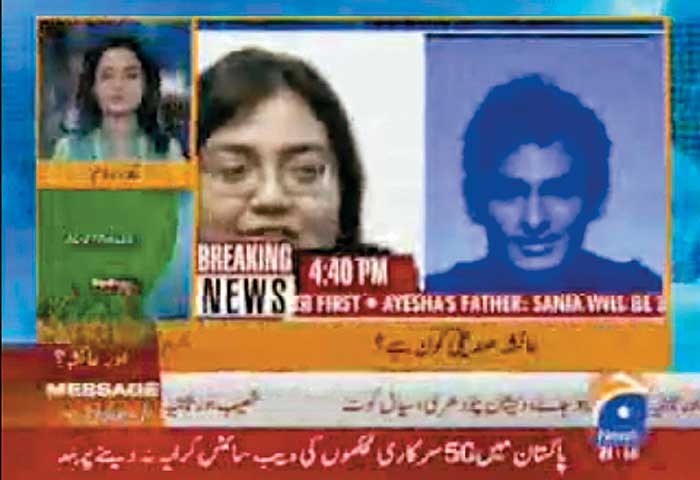 The man may have become a byword for villainy and deceit in the eyes of media-saturated Indians after wooing two Muslim girls from Hyderabad and divorcing one under intense pressure just days before his high-profile marriage to the second. In Pakistan, he stays cast in a heroic light.

There might be intense, hostile curiosity and division of opinion in India about what sort of person Shoaib Malik is, but in Pakistan there is total unanimity. He’s seen as a quiet, unassuming man who won the heart of tennis star Sania Mirza and then bravely repulsed opposition from the Siddiqui family, police and a menacing Indian media.

Shoaib’s brother-in-law Imran Malik expresses the general view here when he says that the cricketer won over Sania because of his inherent goodness and his simple, honest nature. His friends say he owes his calm and poise, to some extent, to the star under which he was born: Aquarius.

Shoaib—six feet tall, dark and handsome—comes from a modest background: his family owns a 10-marla house (approx 2,700 sq feet) in the dowdy Cantonment area of Sialkot. The small grey-and-white house that seems to have been lately, and incongruously, stuffed with expensive furniture isn’t the sort of place a sporting superstar would possibly like to be linked with. Yet, Shoaib declares on his Facebook fanpage: “I love spending time in Dubai and Sharjah, yet I love my Sialkot home.”

Subcontinental cricketers, whom fans grant a right to arrogant hauteur, don’t get any sweeter. Shoaib doesn’t disown his past, and talks about how he started playing cricket on the streets because his family could not afford a club. He attributes his success to his father, Salim Malik, who would reward him with a kite if he worked hard at his batting.

Unlike other Pakistani cricketers who married outsiders, Shoaib seems to be supportive of his future wife’s career.

The necessary thrift, a habit of making do with meagre resources when young, is still reflected in the club where Shoaib practises when in Sialkot—a tiny field with a hint of a pitch. Tony Gym, where he works out, is equipped with only a few exercise machines. Shoaib, usually dressed in a shalwar-kameez, rides a tonga to run errands or visit friends instead of driving his stylish automobile. Fans adore him because he’s so firmly rooted. To most of them, he’s a reason to hope.

Born on February 1, 1982, and nicknamed ‘Moon’, Shoaib likes English action films and romantic Hindi music. Usually a light eater, he gorges on the biriyani his mother, Farooq Sultana, cooks. Shoaib’s family members say he is quiet and soft-spoken. His sister Shazia recalls thrashing the boy Shoaib when he would spend entire days flying kites or playing cricket. “He never struck back,” Shazia says.

Shoaib is not the first Pakistani cricketer to have chosen a bride from India or abroad. What makes him different from Zaheer Abbas, Mohsin Khan and Imran Khan is that he seems to be more supportive of his future wife’s career and nationality. He has no hang-ups about her wearing skirts or shorts as is required when playing tennis; neither has he any plans to wrap her up in a protective swaddle and turn her into a Pakistani-style bahu.

The sole blot on Shoaib’s escutcheon has been the Rs 20 lakh fine and a one-year ban imposed by the Pakistan Cricket Board last month on charges of indiscipline. Malik was widely seen as the man who incited player unrest in the team, though no details have emerged. He and former captain Mohammed Yousuf have also had spats through the media after Pakistan’s humiliating defeat in Australia earlier in the year.

However, after his pre-marital troubles in India, Shoaib has found total, unmitigated support in Pakistan. Imran Khan told him in a popular morning talkshow: “May God keep your marriage going.” Shahid Afridi also lent support: “Shoaib should go ahead with his plans. He should not return home without his bride.”

Millions of fans have texted in to TV channels, radio shows and social networking websites in solidarity. The Punjab Bar Council offered free legal assistance in case Shoaib was arrested in India. The All Pakistan Traders’ Association threatened to boycott all Indian products if he was harmed.

Luckily, events won’t come to such a dire pass now, after Shoaib’s settlement with the Siddiquis. Pakistan eagerly awaits the couple’s return.