A Straight Bat Only Hedges

Deadening repetitions, oracular suggestions, recounting of records we all know by rote...just nothing beyond cricket. Sachin’s autobiography fails the genre. 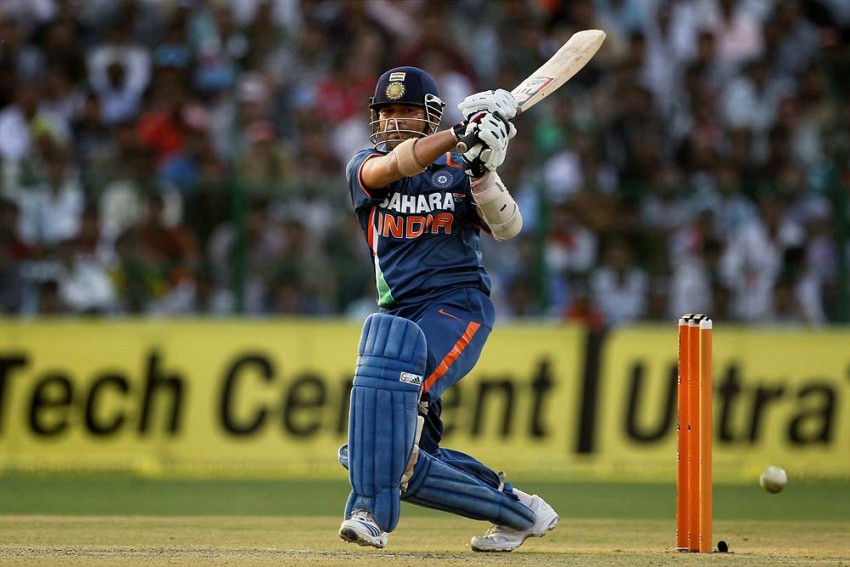 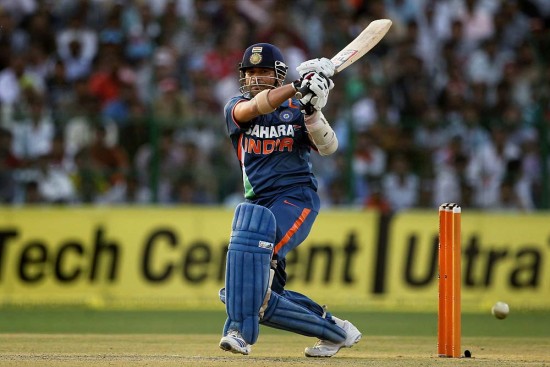 Full disclosure: I wrote a book with Sachin Tendulkar on its cover. Published just weeks before Playing it My Way appeared, it’s called Final Test: Exit Sachin Tendulkar. That said.

By the end of this autobiography, I couldn’t help wondering: is it meant to paint for us a picture of Sachin Tendulkar as just another human being—faults, dre­ams, grudges and all—who happens to play fabulous cricket? If that was the point, maybe it succeeds, and maybe there’s no need to read further here.

But if not...parts of this book offer something I look for in any book about a famous figure: a taste of the pressures Sachin faced merely for being Sachin Tendulkar. Particularly, the chapter about that media- and fan-created ‘landmark’, his 100th ‘international hundred’. There is something unbearably sad about these dozen or so pages. Sachin tells us of the “unprecedented frenzy” that willed him to this meaningless, manufactured milestone, that people did not “appreciat[e] the impact it might have on me”. Of the “sense of helplessness” he felt after one innings ended on 91. Of people who began calculating “my scores backwards from 100”, so that even a 76 was a “failure”. Of passing 80 in another innings: “I began to feel the burden of the hundred again”. Of “comments [that] were sometimes hard to take”, “frustrating” and “untrue”. “Deep down”, he confesses and you feel for him, “it started to get to me”.

Every supposedly well-meaning fan only wishes you luck in setting another ‘record’, or offers commiseration that you haven’t got there: what must that be like? What must it be like to know you’ve set pretty much every record there is—and yet your ‘fans’ want you to set one more? Will nothing ever satisfy them?

Unbearably sad, really. But an insight nevertheless into the life and mind of a man we have only ever known as a cricketer. Like another incident early in the book. While Anjali and he were courting, they stopped one day for a coconut. “It was the only time in our lives,” Sachin remarks wistfully, “that we have sat on a bench...in Mumbai drinking coconut water”. The only time they managed to savour a simple Mumbai pleasure. What a cage this man must live in. Gilded, sure, but a cage nevertheless.

And insights like these, if you think about it, are what we want in an autobiography. Not only sad ones, but any kind: about people around him, his batting, cricket authorities, his teammates.... So why does this book offer so few?

There are innumerable times that Sachin mentions some interesting cricket idea, but, frustratingly, doesn’t explain it.

Because, apart from the 100th hundred and some other stray passages, this is a pec­uliarly ordinary book. In language that never rises above the dull, it plods pedantically along, plowing a furrow that’s long, straight and narrow, going from one cricketing event to the next to the one after that. This series follows that tournament and there’s this one-off Test and we’re off to the Caribbean. It’s as if Sachin hardly had a life between his cri­cketing exploits. Which clearly isn’t true. So it’s as if he thinks there is little worth in telling us about those in-between periods. But clearly, that isn’t true either. Because surely what’s interesting about a life—any life, but particularly a venera­ted public figure’s life—is what happens in the interstices, the shadows. Because the rest, the stuff that’s been in the public eye for years, we generally know.

But for the most part, that’s the stuff we get. Why did Sachin’s co-author Boria Majumdar write such a relentlessly colourless tome?

There’s the place where Sachin “managed to score” a century, “managed to score” another, and didn’t “manage to make” a third, all within two paragraphs. The passage of 11 sentences that feature each of these phrases refers to a conversation with another cricketer: “I remin­ded him”, “I said to him”, “I also said”, “I told him”, “I told him bluntly” and “I said”. That goes with the “I urged”, “I told him in no uncertain terms” and “I advised” that feature elsewhere. Thrice within a few pages, we are reminded that “there were no mobiles then”. And the stilted translations from Hindi. “Arre isko bhi medal mila hai dekh!” becomes “He too has got a medal. Check!”

There are the innumerable times that Sachin mentions some potentially interesting cricketing idea, but frustratingly, doesn’t explain it. At his brother’s suggestion, for example, he bowls “stump to stump” to Brian Lara and, sure enough, gets his wicket. But what does “stump to stump” mean and why did brother Tendulkar suggest it for Lara? And since the wicket actually came off a ball that pitched outside off, was it still stump to stump?

Then we learn that a four-five field is “radically different” and “very unus­ual” in an ODI. But why? Similarly, what’s an 8-1 field, why is it “hardly ever tried” in Tests and why did it work when “I suggested to Dhoni” that he use it? In one innings, Sachin decides to use the “back-and-across movement”, giving him more time. How, and do other batsmen use it? Another time, he hits a six in the over before tea and says he “normally wouldn’t have risked” such a shot “so close to a break”. Sure, but what is this risk that should be avoided near a break? And as captain, “sometimes I carefully put a plan in place but it was simply not implemented”. I’d love to know that plan, and how it was not implemented. Also, what was the plan against Dale Steyn, mentioned in one throwaway sentence, that had “started to work”?

We fans hear lingo like this from cricket pundits all the time. Sachin’s writing, I thought, would expound on what it really means on the field. But no. Surely his co-writer could have teased out some of all this?

And of course, there are the barbs and controversies, big and small, that only raise their own questions. Of a declaration in Multan, we’ve heard plenty. But take the dismal 2011 Test series in England, in which the standout Indian performer, by far, was Rahul Dravid. In over seven pages about that series and Sachin’s own battling innings of 91, there’s not one mention of Dravid.

Or take that infamous Sydney Test. Fine, Harbhajan Singh didn’t use the word “monkey” and so it wasn’t a racist ins­ult that he flung at Andrew Symonds. But how does “teri maa ki”—which he did shout and we all know just what it means—become “all part of the game”, especially to an Australian? Is a reference to Symond’s mother’s anatomy any more acceptable than calling him a monkey? And if Greg Chappell did sug­gest replacing Dravid as captain and this caused Tendulkar “dismay”, why didn’t Sachin speak to Dravid right then? Besides, how does this square with Sachin’s own suggestion to the BCCI that Chappell not accompany the team to the World Cup?

Questions, questions. So again, it can be asked: are we being shown Sachin Tendulkar as Man, not God?

I don’t know. But the book remains an enormous disservice nevertheless: to Sachin, and to his countless fans, even if I know they will buy it anyway.

Such a stellar career, Sachin. Why this utterly dreary book?