A Speck On The Lens?

Despite the feel-good auguries, we aren’t past economic rough weather 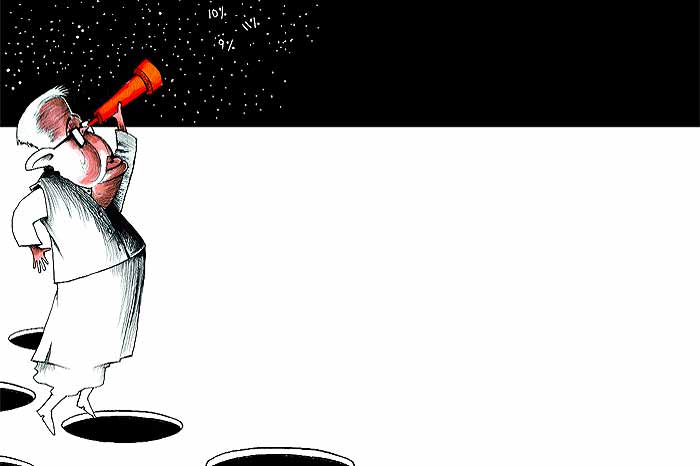 Some economists compare the recovery phase of the global financial crisis—the stage India is in right now—to learning how to ride a bicycle. It was easy enough to clamber on and join other countries in throwing antidotes at the crisis. But it’s very, very hard to stop and dismount. The palliatives India administered ranged from multi-billion-rupee tax-breaks to farm-loan waivers. But now, as the government celebrates its partial insulation from global woes, and prepares to slowly wean certain sectors off sops in favour of fiscal prudence, no one is quite sure what part of the revival package worked and what didn’t.

Frankly, this indecisiveness extends to predicting the Indian economy’s future. On the face of it, corporate earnings are up and jobs are back in the services industry. The stock markets may be nervous, but at levels way above those even a year ago. But amidst all those reassuring predictions of high growth—pegged at 8.5 per cent for this year—there’s a creeping feeling that risky times are back again.

As if on cue, the global situation is back to being volatile. The Euro crisis has only brought new risks to the foreground. There is talk of another downturn in the US, or at least a downslide before another recovery is...