Will the US buy Indian restraint by an offer of space technology and real-time intelligence? 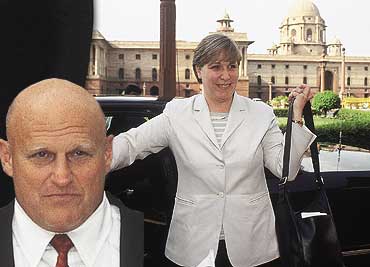 outlookindia.com
-0001-11-30T00:00:00+0553
For the United States it’s a veritable tightrope between Pakistan and India: it can’t accuse President Pervez Musharraf of fomenting violence in Kashmir because of the fear of jeopardising the hunt for Al Qaeda militants. Neither can it pressure New Delhi to retract from its resolve to fight the menace of terrorism as it would erode the moral underpinning of the global war against terror. There’s concern here that a conflict between India and Pakistan would put a stark choice before the US—support Pakistan in a losing battle against a future strategic partner, or risk severing relations with the Muslim world by backing India against a Muslim coalition partner.

No wonder, in the recent round of sabre-rattling on the subcontinent, Washington has been urging both New Delhi and Islamabad to talk their way out of the confrontation. Privately, though, US officials say they are concerned about the situation in the region, claiming their main priority is to stem the terror attacks in Kashmir. Then, they say, "comes the part where you start working toward a withdrawal of Indian and Pakistani troops from nose-to-nose confrontation along the border."

US officials have been telling their counterparts in India that while New Delhi’s concerns vis-a-vis Pakistan-sponsored terrorism are not unfounded, Musharraf must be given more time to complete his crackdown on extremists. National Security Advisor Condoleeza Rice says the Bush administration is taking Musharraf’s assurances "quite seriously" and expects them to be fulfilled. A similar line is echoed at the state department where spokesperson Richard Boucher calls the crackdown an "ongoing process".

Indian diplomats, however, feel Washington hasn’t pressured Musharraf to India’s satisfaction, pointing to the propensity of the state department to take Pakistan’s promises of curbing terrorism at face value. But Prof Devin Hagerty, assistant professor at the University of Maryland, Baltimore County, counters: "From the outside, it may seem like Washington has all this influence, but in Washington there is a view that we have much less leverage. There is a lot of frustration, but not a lot we can do."

Yet the advice from Washington to New Delhi is restraint, provoking Indian officials to decry America’s double standards in fighting terrorism. But says Francis Taylor, the state department’s coordinator for counter-terrorism: "I don’t think that there is a one-size-fits-all kind of approach to terrorism. Each circumstance demands a thorough review of what the tools are that you have to apply. It’s not a double standard, it just means you don’t have to sometimes swat a fly with a Howitzer in order to solve the problem".

Officials here feel India’s war-mongering has aroused concerns in Washington that an Indo-Pak conflict could adversely impact on its interests. Defence analysts say Parakram II, the large-scale operational manoeuvres by the Indian army along the border with Pakistan, initially scheduled for late May but then moved up the calendar to April 30, came when Pakistani troops were becoming more active in assisting US troops in western Pakistan. The problem for the US is that Pakistan’s 11th and 12th military corps— vital reserves in a potential conflict with India—are needed in western Pakistan, where they are normally stationed, to hunt Al Qaeda militants. In January, after Indian troops began to move to the border, Islamabad pulled elements of the 11th and 12th corps off the Afghan border and shifted them east. Washington is concerned that in the eventuality of a war between India and Pakistan, it will completely lose Pakistan’s assistance against Al Qaeda.

For the moment, though, India will get another opportunity to argue its case during the visit of Deputy Secretary of State Richard Armitage to the region in the first week of June. Sources say Washington, in a bid to de-escalate the standoff in the subcontinent, is likely to buy Indian restraint by offering to share space technology. This would provide India with "real-time intelligence" about the movement of both the Pakistan army and the militants.

A report put out by Stratfor, a US-based intelligence-gathering organisation, corroborates this line of thought, claiming that the Indian government understands the ramifications of open conflict with Pakistan and wants to avoid that scenario as well. This is why, the report says, it allows itself to be appeased by the US. Washington rewarded New Delhi’s restraint in April when it authorised the first arms deal between the two countries in more than a decade. India then purchased eight weapons-locating radar systems from the US.

Suggesting a political act, such as a presidential visit, would carry a great deal of weight, Stratfor analysts say this must be made in conjunction with a material or financial commitment that goes beyond symbolism. Economic aid doesn’t have much resonance in India’s political scene as most of the trade between Washington and New Delhi is relatively unimpeded, which means there are few tariff barriers that could be lowered. On the other hand, cooperation in space technology transfer, which the US government controls via the Missile Technology Control Regime, would play well in Indian politics. Stratfor analysts say working on space development with India makes sense for the US as well. "It is a long-term project US can string out for years, much easier than having to think of a new token concession after every spike in Kashmir violence."

But analysts say Prime Minister Atal Behari Vajpayee must realise that hollow threats of war could undermine his policy of coercive diplomacy. Also, as Prof Sumit Ganguly, professor of Asian Studies and Government at the University of Texas, Austin, points out, "If the Indians don’t respond at this point, then a wrong inference will be made in Pakistan."

Yet, there’s the American factor New Delhi has to take into account. For one, there’s no denying Washington’s steadfast support for Musharraf. The Bush administration has been studiously buying time for the General, underscoring his sincerity with repeated references to the January 12 speech in which he promised to end terrorism. Even the assassination of Hurriyat leader Abdul Ghani Lone, who was known to have worked closely with officials in Washington, failed to elicit a pointed condemnation of Pakistan-sponsored terrorism from the White House. All that Secretary of State Colin Powell did was to denounce terrorism, without any reference to Pakistan.

Leon Hadar, research fellow at the Cato Institute, Washington, says there is support for Musharraf because some cooperation between the US and Pakistan is necessary to wage the war against terrorism. But cautions he: "Washington should view Pakistan—with its dictatorship, failed economy and insecure nuclear arsenal—as a reluctant supporter of US goals at best and as a potential long-term problem at worst. This must not evolve into a new long-term strategic alliance." Perhaps India stands to gain tremendously in the long-term through a show of restraint now.

Yet Prof Hagerty advocates limited Indian military action across the LoC, and targeting terrorist camps there, claiming that India "needs to disabuse Pakistan of the notion that it’s protected by the nuclear umbrella". Argues he: "The LoC is materially and symbolically very different from the international border. Nuclear deterrence won’t have the same robustness in a military campaign that stays within Kashmir. India must make clear to the Pakistanis that what they have in mind is to stop what is happening in Kashmir."

But then military operations could snowball into a war. And ultimately India has to decide its options through a cost-benefit analysis: does it want to stake its emerging relations with the US in its endeavour to teach Pakistan a lesson?

The Cowardice Of War 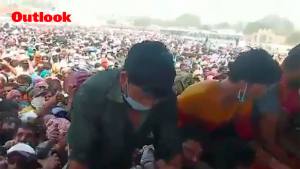 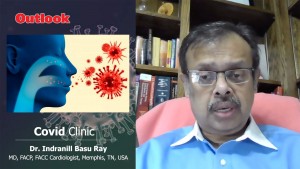