Now, a drug that eases pain like morphine, minus the addiction 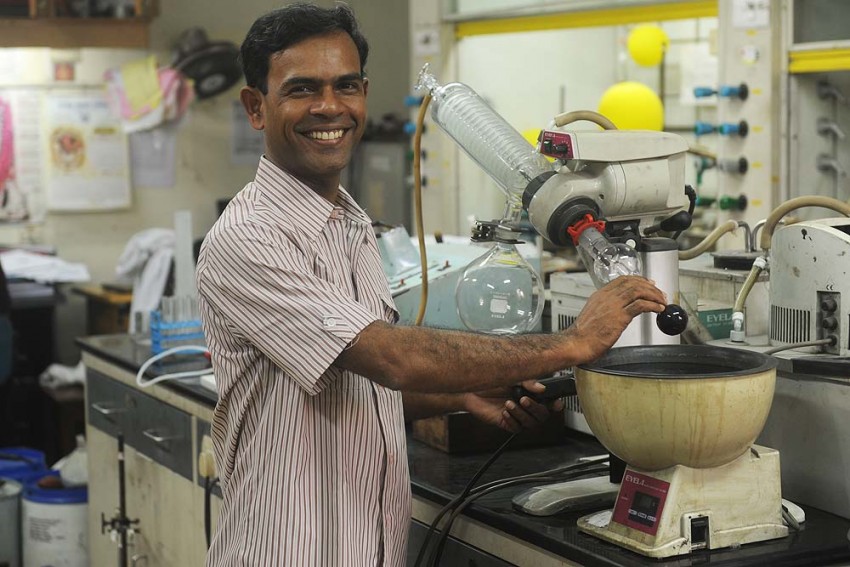 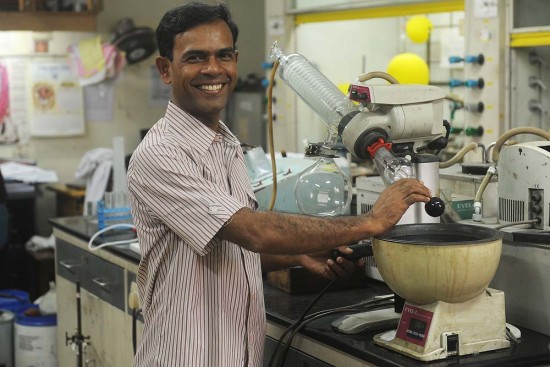 It could be dangerously addictive and blur the realms of pain and pleasure. Morphine—what the World Health Organisation considers the ‘gold standard’ for pain relief—has been used abundantly by doctors worldwide to treat chronic pain since it was discovered over 200 years ago. This powerful analgesic is the most powerful opiate in the poppy plant and works by attaching to specific prot­eins called opioid receptors found in the brain, blocking pain signals. But while many countries consider this booster dose as central to palliative care, India does not. Less than four per cent of people in the country who suffer from severe pain caused by cancer and chronic illnes­ses have access to medicinal morphine because of its potential for abuse. The fear of addiction has also been cited as one of the main reasons by the government for hesitating to ease access to it.

So is there an alternative to medicinal morphine without its side-effects? Yes, it seems. A group of scientists in Calcutta, led by Surajit Sinha, an associate professor in the dep­artment of organic chemistry at the Indian Association for the Cultivation of Science, has designed what could be revolutionary for palliative care—a potential morphine replacement, minus its addictive properties. “So far, morphine has been the drug of choice in the world, but there could be an alt­er­native analgesic therapy coming up,” says Dr Sinha, a bright 45-year-old scientist from Calcutta, who studied astrobiology at the University of California, Riverside, bef­ore going on to do post-doctoral work in developmental biology and drug discovery at the Stanford School of Medicine in 2003. It was when his mother died of terminal cancer in 2000 that Dr Sinha decided he had to find an effective analgesic drug to treat acute pain.

Dr Sinha and his team considered a plant-derived compound called iboga­ine, popular in African folk medicine and loaded with pain-killing properties but notorious for stirring up hallucinations and tremors. Problems associated with ibogaine led to an attempt to develop a safer but efficacious structural derivative. The scientists synthesised the com­pound at a laboratory and found that one of the analogues behaved just like morphine. “When mice placed on a hot plate were treated with 40 mg/kg of the new substance, it could give them relief for 52 minutes, as oppo­sed to 10 mg/kg dose of morphine, where the duration of relief was 45 minutes,” says Sinha. The resear­chers have applied for a patent and are now working towards lowering the dose and studying other properties of the compound, especially its impact on the central nervous system. Clinical trials are next on the team’s agenda, and if all goes well, they could come up with an alterna­tive in about three years. Their study has been published in the esteemed Bio­organic and Medicinal Chemistry Journal in UK and is being much talked about in scientific circles. Sinha believes that scientists, especially in the US, have been making important discoveries in palliative care, but an alternative to morphine without its side-effects still eludes drug developers. “We have been working on this experiment since 2010. The idea was to augment pain therapy in India and give thousands relief,” he says.

Doctors and palliative care experts seem upbeat. Dr M.R. Rajagopal, a leading palliative care specialist and the chairman of Pallium India in Thiruva­nanthapuram, feels that if ibogaine has no addiction property, then patients may be able to buy the drug over the counter and those in critical pain will have access to support. “But we should give it at least a couple of years to see if this discovery has a fair chance of success.” Dr Rajagopal asserts that even though morphine sulphate finds a place in the national list of essential medicines of India compiled by the Union health ministry, most hospitals and medical schools don’t stock it due to procedural complications. Many manufacturers, open to the same legal restricti­ons, have also stopped producing it. Over the years, since the Narcotic Drugs and Psychotropic Substances Act came into force in 1985, treatment for chronic pain in India has greatly diminished. Says Ravindra Ghooi, a Pune-based pharmacologist and a consultant in clinical res­earch, “No new analgesics have been developed in the last 20-25 years, so this is a welcome discovery.”

Even so, not much is known about the new ibogaine drug other than that it’s a safe substitute for morphine. Com­prehensive data on the novel experiment isn’t out yet in the public domain, but there is certainly much interest in the scientific community. As Ghooi puts it, “We are the world’s largest producers of legal morphine even tho­ugh so few get it as treatment. We gave the world the first real analgesic and we will give the world the first real safe substitute.” Sinha and his team hope his prophesy comes true.

Morphine Addicts From The Past

Among the most influential poets of the 18th and 19th centuries, Coleridge stated that his poem Kubla Khan was “a sort of reverie brought on by two grams of opium”.

Elizabeth Barrett Browning
A prominent English poet of the Victorian era, she started using opium in her teens. Eventually, she turned from the watered-down laudanum tinctures to pure morphine.

Elvis Presley
The king of rock and roll died in the mid-70s from a drug overdose. An autopsy later found massive amounts of various prescription painkillers in his system when he died at his Graceland home.

Florence Nightingale
The founder of modern nursing, Nightingale used morphine in Scu­tari not only on her pat­ients but on herself too. “I couldn’t have got thr­ough the day without this wonderful little pick-me-up,” she said.

Jamie Lee Curtis
The American actor thinks morphine became her “warm bath from which to escape painful reality”. She became addicted to painkillers after a cosmetic operation on her eyes when she was 35.