Homai was independent, brave, and an astute chronicler of her times 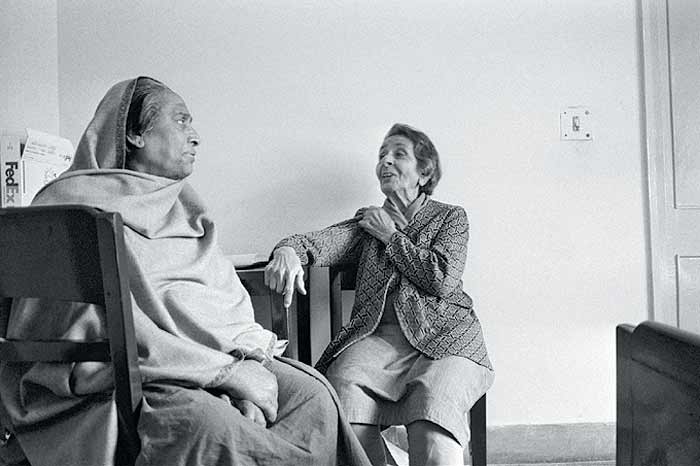 When I heard that Homai Vyarawala had died, I remembered taking Mona—my dear friend with whom I made the book Myself Mona Ahmed (Scalo Publishers, 2001)—to meet Homai in the year 2000. Homai was then staying at the Parsi Dharamsala in Delhi, close to the graveyard where Mona still lives after leaving the world of eunuchs. Mona (above, left, with Homai) was suffering from severe depression at the time, and I thought that meeting Homai would give her strength. Last night I rang Mona and told her about Homai’s death. This was her response: “She was such a brave woman, the best lady photographer, never scared of being alone. She never depended on anyone, even in her old age. Loneliness is the biggest disease in the world, I understand it.”

Mona is right. Homai was not only the first woman photojournalist, but she was also an absolutely independent person. She was self-sufficient and managed all her affairs herself, including carpentry, gardening and driving her own car. She is an inspiration to a single woman like me, to people who do not necessarily subscribe to the idea of the biological family, but build, instead, their own family of friends. And what a friend she found in Sabeena Gadihoke. I am happy Homai went on her own terms, exactly as she lived her life. She would have hated to be bedridden. My heart goes out, though, to Sabeena who was also her curator and biographer (Camera Chronicles of Homai Vyarawala; Mapin Publishing, 2005).