Olympic prowess radiates power. A sporting culture is the key to it. 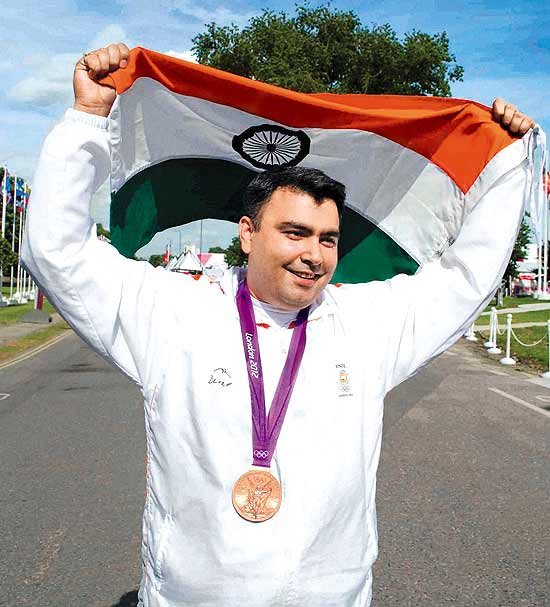 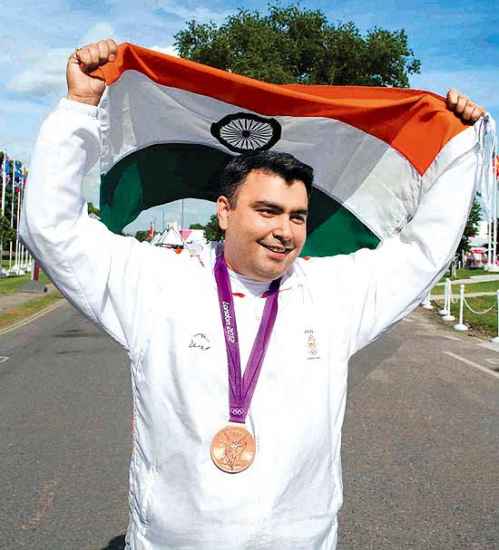 Let’s begin with some history. In the 1900 Olympic Games at Paris, Norman Pritchard was placed second in the 200m sprint and 200m hurdles. This was fantastic achievement by a man ostensibly on a holiday in France and whose aim was to act in films, which he eventually did. But it’s his legacy as a runner that has greater appeal—and created a controversy that still endures. England claimed Pritchard’s two medals to be theirs since he was of English descent. But a counter-claim by India, since Pritchard was born in Calcutta and participated in athletics meets in the Bengal presidency for several years, raised a vexing dispute. Olympic historians assign the two medals to England, while the International Olympic Committee gives these to India. Contrived as this may be, it remains a matter of consternation that after winning two silvers through just one athlete in the first time it was represented at the Olympics, India should have lapsed into a state of medal drought in the 112 years since Paris.

Apart from great prowess in hockey, which got six gold medals on the trot and eight overall, India’s performance has been abysmal. For the record, two medals were won at the Helsinki Games in 1952 (wrestler K.D. Jadhav, besides hockey) and three at Beijing. Clearly, where winning Olympic medals is concerned, the country has been spot-jogging for over a century. The medal count gets truly disturbing when you compute the figures—a population of 1.2 billion and just 21 medals spread over 112 years—and juxtapose this with some other countries that have risen from the depths to great heights. China, of course, is the most striking and, in many ways, the most relevant example. It is interesting that the first time it competed at the Olympics—at Helsinki in 1952—they drew a blank, while India won two medals. For almost three decades since then, the Chinese opted out of international sports, but when they emerged out of the bamboo curtain in the early 1980s, they were a nation transformed as far as sports was concerned. At the 1984 Los Angeles Games, China stunned the world with 15 golds and 32 medals overall. There was a big dip in 1988, when only five golds were won. Since then, the tally has risen consistently till China became the top Olympic nation in Beijing, with a whopping 51 gold and 100 medals overall! 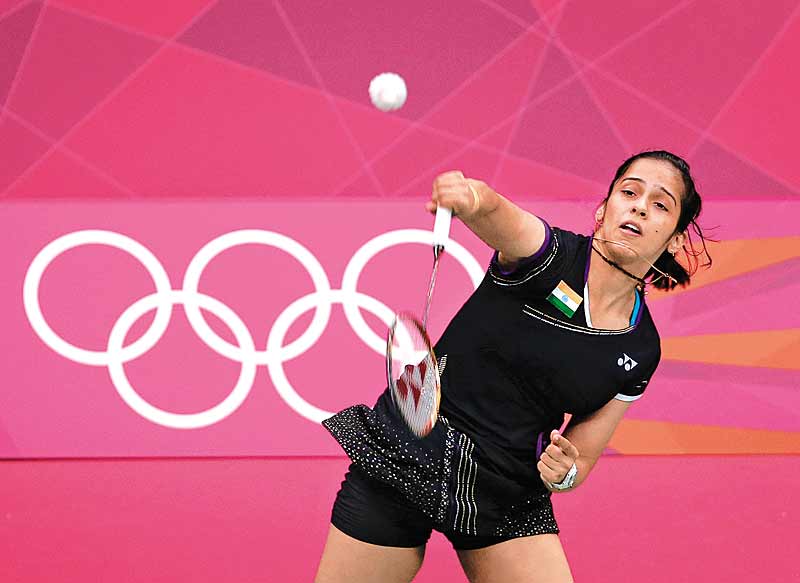 There are several theories on why China has got where it has—not all of them socio-politically palatable to a democratic ethos. But a closer study of the Olympic medals tables over the past half-century shows that excellence at sport is not necessarily a function of any particular socio-eco-political system. In the current Games, for instance, as this is being written, the top 10 medal-winning nations are China, the US, the two Koreas, France, Italy, Kazakhstan, the Russian Federation, Germany and Japan: capitalistic and socialistic societies, developed and developing economies et al. And remember, this is India in 2012, featuring among the BRICS nations, and arguably one of the two emerging superpowers of this century; not the India of the 1950s and ’60s with measly resources and low ambition.

India went into these Olympic Games full of hope and aspiration. Buoyed by success at the Delhi Commonwealth Games in 2010, by Abhinav Bindra’s gold medal in Beijing 2008, the Indian hockey team’s qualification after eight years, everybody thought that this was India’s chance not just to shine, but win up to 10 medals. Indian shooters and boxers have been medal-winners at international events. Saina Nehwal is number 4 in the world, archer Deepika Kumari is world no. 1, and Leander Paes, Mahesh Bhupathi, Rohan Bopanna and Sania Mirza are all ranked in the top 10 as far as doubles are concerned, the pre-Olympics selection fracas notwithstanding. The Indian hockey team had showed greater intent and purpose under coach Michael Nobbs. Why would India not be a serious threat in these disciplines?

Sadly, when it came down to it, Abhinav Bindra ran out of steam prematurely, the archers lost their nerve and aim on the big stage, the hockey team looked out of its depth against Holland and even New Zealand. It’s only the badminton players who lived up to their potential. By any account, India looked like they would struggle to match the Beijing tally. The moral of the story was simple: mere hope or hype can’t produce champions. Medals can be won, but by planning and method: by expanding the pyramid base of people exposed to sport, by spotting and nurturing young talent, by greater focus on training, diet, sports medicine, mental conditioning. Not misplaced confidence followed by puerile lamenting.

China topped the table at Beijing (and should do so too at London). They see the Olympics as a vehicle for expressing national identity and made a concerted effort to excel at sport. Call it the vanity of nations if you will, but Olympic medals do reveal a country’s power. This is not necessarily to do with only with the population, political system or, more tellingly, with economic well-being. For instance, figures for the Athens Games in 2004 show that 57 Islamic countries, including some with great per capita income, could win only 47 medals. This hardly compares with the achievements of, say, Cuba or Kenya, using the same benchmarks.

There are pros and cons to different eco-political systems. But what China and a few other countries like Cuba, Kenya, the Koreas and Kazakhstan have done is instructive. They worked out a plan to take a few sports at a time before expanding their horizons, building infrastructure, identifying talent and then honing it. Cuba, therefore, focused for decades on boxing and middle distance running, the Kenyans (and other African nations like Ethiopia) on middle and long distances, Jamaica on sprints (and expanding now to swimming), Kazakhstan on boxing, judo, wrestling, the Koreas on archery, shooting etc.

These countries invested time, money and expertise on exploiting their natural skills and endowments (speed, size, flexibility, dexterity, concentration) to build a strong supply line of athletes that can win medals. The Chinese, of course, have upstaged all through the sheer volume of athletes who’ve been spotted and trained for swimming, gymnastics, shooting, badminton, table tennis et al. But pertinently, they haven’t ventured too aggressively in athletics. Perhaps that is the next stage of their sports development.

The clear message is that dominating the world in any sport does not happen in a day. The approach to sport in India—in the government, federations and one dare say even with athletes—is lackadaisical. It is believed that six months of hard training before an international sporting event is enough to win; in fact, six years may not be enough for an Olympic medal. It takes years of careful calibration of skills and methods, of game techniques, of the science of sport, of incorporating the advances in technology and a constant scrutiny of the competition to win at the highest level. Of course, it also needs infrastructure and strong local systems. For instance, the American swimmers are so good at the relay events because they take part in relays regularly. The Chinese use the hub and spoke model effectively, panning out their scouts to the very interiors to tap young talent, which are then fed to special academies to produce elite athletes.

Sports like shooting, badminton, wrestling and boxing (where people of equal physical stature compete) and archery (despite the London fiasco) are some areas where Indians have shown the capacity to excel; swimming, track and field are clearly where a great distance has to be covered. India’s sporting ethos—or the lack of it—has been derided, but in recent times, interest in sport has grown exponentially. Perhaps the country is ready to start working seriously towards developing a sporting culture. Part of that culture has to include a greater understanding of the idea that sport does not start and end with jingoism, but includes mandatorily sending kids to play, appreciating the efforts of sportspersons, giving them privileged status in community and society. In India, one also has to make sport mandatorily inclusive for women, who comprise 50 per cent of the population. Girls should be encouraged to participate in sports.

The desire to win Olympic medals for country and personal glory is an intoxicating combination. It is also the work of extraordinary men and women who can only be products of a system that sees sport as integral to a country’s well-being. It’s not about rhetoric and bombast but about preparation. And pride.