A Shot Of ‘Presidential’ Tyranny

If the Centre can function without President’s rule, surely the states too can. So why do we still have Article 356 in our Constitution? 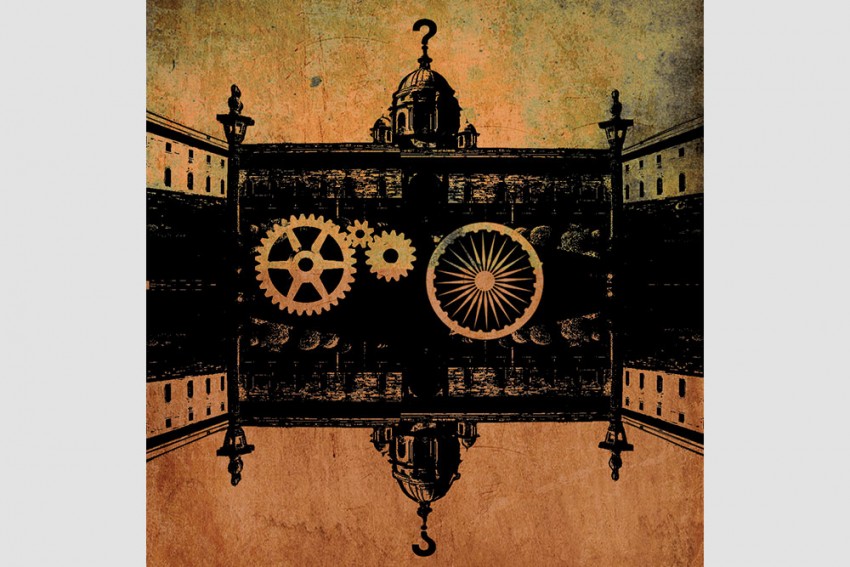 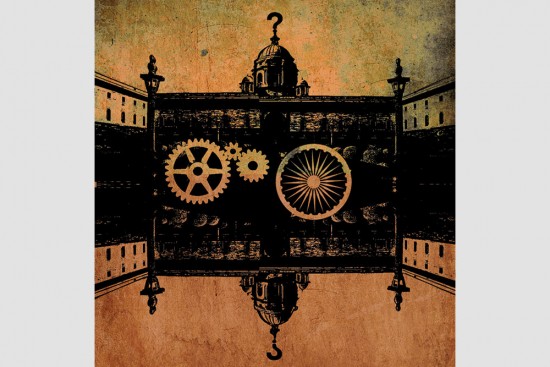 In 1935, when governor’s rule provisions were introduced by the British Parliament in 1935, Colonel Wedgwood asked whether the emergency would be “real or contrived”. Churchill went further: “Since we are in such a happy mood, could the right Hon’ble member arrange for the breakdown (of constitutional machinery) now.’ India’s experience has been along those lines, with every imposition of President’s Rule politically contrived and stage-managed.

The BJP’s invocation of President’s rule in Arunachal Pradesh and Uttarakhand subverts ‘basic structure’ principles of the Constitution: federalism, parliamentary democracy, rule of law and best governance. Arunachal happened while the Supreme Court was hearing the matter and it was a move laden with political opportunism, where the Congress was both in power and in opposition. The court was helpless.

And then, unfortunately for the BJP, the Uttarakhand High Court boldly went where no court had gone before. On March 29, a single-judge bench directed the state assembly to take up a vote of confidence on the Harish Rawat government. While the Congress defectors led by Vijay Bahuguna were allowed to vote, their votes would be counted later. For a system where President’s rule cases drag on for years, this was an innovative ‘interim’ solution that tried to protect constitutional governance from unconstitutional invocations of ‘emergency’ powers. On March 30, however, a division bench stayed the floor test scheduled for the next day.

So, what exactly is President’s rule? Part of the emergency provisions in the Constitution, its exercise rests on there being “a breakdown of constitutional machinery...and the government of the State cannot be carried on in accordance with the provisions of the Constitution” (Article 356). It is preeminently a polit­ical power because the President acts on the advice of the prime minister. It is devastating for federalism as all powers of the state are exercised by the Union and it places democracy under suspension, making elected representatives and the legislative assembly non-functional.

Though the high court intervened in the case of Uttarakhand, and the Modi government will surely have a tough time in the Rajya Sabha over it, the very use of this fearful tactic is unsettling. In Uttarakhand, the damage was done as a Congress government with 47 seats out of 60 was toppled and President’s rule was imposed for a few days.

Who really advised the President to act unconstitutionally? We need to know. Was it Modi himself? Amit Shah? Arun Jaitley? Mukul Rohatgi? All of them as political hitmen for the BJP?

This emergency power of the Centre was conceived in British India through Section 93 of the Government of India Act, 1935.

In corridor talks, Jaitley the lawyer always spoke against invoking President’s rule. He was a counsel in the famous Bommai case (1994). Jaitley the politician seems a different kettle of fish. He has changed his justification from the alleged criminality and stings (knowing they aren’t reasons for imposing President’s rule) to instability (clearly not enough) to breakdown. Who was the prime mover of this strategy for destabilising Arunachal Pradesh and Uttarakhand? It may not have been Jaitley, but did he speak against it? We don’t know what happened behind the scenes. What we know is that Jaitley was responsible for the Constitutional amendment of 2003 that made defection per se unconstitutional (it was permissible under certain circumstances from 1987 to 2003).

President’s rule declarations are opaque. The President’s proclamations for both Arunachal and Uttarakhand say: “Received a report from the Governor of the State of Uttarakhand and after considering the report and other information received by me, I am satisfied that a situation has arisen in which the Government of that State cannot be carried on in accordance with the provisions of the Constitution of India.” What was the real reason? We will never know. This proclamation only reproduces the text of Article 356. In fact, till Bommai, even the courts would not examine the files. But, then, who would even put such political chicanery in the files?

Why didn’t President Pranab Mukherjee decline the proclamation, which he could have done once? It was done for UP in 1997 and the Centre backed off. But, during the Bihar crisis the next year, the President’s advice pointing out that “a bad government” doesn’t mean “breakdown of constitutional machinery”, the Centre went ahead. Mukherjee could have used this power for Arunachal and Uttarakhand, but he didn’t, maybe for political reasons. If he refused, he would be accused of favouring the Congress. But if he didn’t, he would not be doing his constitutional duty and that would still leave room to suspect that he was favouring the BJP.

Presidents must be driven by a constitutional conscience. Mukherjee’s role, therefore, has been a disappointment—a failure of micro-level checks and balances. The next safety valve will come when the proclamation will come for Parliament’s app­roval. President’s rule used to be thoroughly discussed there until the mid-1960s; since then, it has been power play all the way.

The history of President’s rule is a pernicious one, with 118 impositions. It means that federalism has collapsed in India that many times, chief ministers thrown out and legislators declared non-functional. The first time was when Indira Gandhi imposed it on Kerala for six months and 22 days. President’s rule returned to Kerala in 1965 and stayed for almost two years. Then, for a year each in Bengal (1970), Orissa (1974), Tamil Nadu (1976), Karnataka (1977-78) and Assam (1979-80), and for two years and 8 months in Nagaland (1973-75). Punjab was under President’s Rule for over two years (1987-89), although the Constitution put a cap of one year. One year is a long time for the politics and governance of a state to be surrendered to the Union.

This is precisely what Arunachal and Uttarakhand are also about. Impose President’s rule and revoke it when a BJP-supported government is ready to take power.

This emergency power was conceived in British India through Section 93 of the Government of India Act, 1935. In the Dissolution case (1977), Justice Bhagwati called it “a hated power which disfigured (governance) symbolising British dominance over nat­ional aspiration”. British governors did not hesitate to dismiss their chief ministers (Sindh) or compel them to resign (Bengal). Governor’s rule was imposed in West Bengal. Examples from that era are sparse, but the threat was imme­nse. In Independent India, the trend of President’s rule went out of control. And just when we thought that it had been phased out, the BJP has revived it as a necessary evil for political manipulation.

Should this power be abolished? No matter what happens, the Centre can never suffer President’s rule of the Article 365 variety. Parliament has also been troubled by defections and major problems of governance, inc­luding corruption and ineptitude. But no suspension of the PM and Parliament can take place. The moot question is: If parliamentary democracy can continue at the Centre without President’s Rule, surely the states, too, can do without it.

President’s rule is a ridiculous and dangerous provision. For those who feel some national emergency may arise in a part of India, the general emergency power (in Article 352) can deal with it without disturbing federalism and losing out on democracy. There is no justification for retaining President’s rule. Excise Article 356 from the Constitution. Abolish President’s rule now.

(Rajeev Dhavan is a senior advocate at the Supreme Court of India.)

In the history of Centre-state relations in India, the judgement of the Supreme Court of India in the S.R. Bommai vs Union of India case (1994) is considered to be a legal landmark. The court laid down some guidelines to prevent the misuse of Article 356 of the Constitution by parties in power at the Centre. One specific guideline was that support for the Council of Ministers should be tested on the floor of the House before deciding on President’s rule.