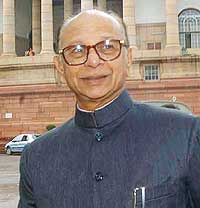 The mint-new Congress-led state government is already showing signs of the strain of coalition politics. Veteran Congress leader Pratapsinh Rane was sworn in CM last week after the party won three of the five seats that went for byelections, necessitated by the resignations of five BJP MLAs who defected earlier this year to the Congress. The bargaining for posts between the Congress and junior partner NCP, though, started as soon as the results were in. Dr Wilfred D’souza, ex-CM and Congressman, had hopped over to the NCP and was made deputy CM. His only colleague in the House, first-time MLA Micky Pasco, wanted the urban planning portfolio but that didn’t happen. Pasco threatened to quit but D’souza didn’t back down. Meanwhile, the defectors too are making noises; they too want a slice of the government pie as compensation. It’s going to be a long, hot summer for Rane.