A Sea Of Subterfuge

Two years on, the probe into the Scorpene scam is pretty much where it was: nowhere 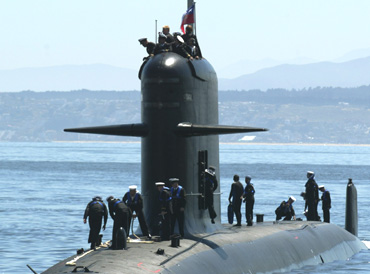 Ever since Outlook broke the Rs 18,798-crore Scorpene submarine scam in 2005, various arms of the government probing the deal have shown little or no urgency in getting to the truth. The CBI, which took over the case on February 18, 2006, has also been guilty of dragging its feet. Which is why, on December 20, 2007, the Delhi High Court pulled up the investigating agency and directed it to register a preliminary enquiry (PE) into the allegations of kickbacks in the Scorpene submarine deal. The division bench, comprising Justices T.S. Thakur and Veena Birbal, even set the CBI a deadline—April 28, 2008—after the agency failed to produce any documentary evidence to prove it had conducted preliminary investigations.

The court, which passed the order on a PIL filed by Prashant Bhushan on behalf of the Centre for Public Interest Litigation (CPIL), was quite severe. "We would like to cross-check with your investigation officer to know what has been done on the complaint alleging kickbacks in the Scorpene deal. We feel dissatisfied with what you've done so far. If you've tried to shield someone, then we will come down very heavily on you."

The high court order came nearly two years and seven months after iaf intelligence first detected the leakage of classified naval documents in April 2005. Further investigations led to the recovery of a pen drive belonging to ex-navy officer Kulbhushan Parashar which contained classified information from the naval war room. While the navy set up a board of inquiry, meted out questionable punishment to three officers allegedly responsible for the leak and dismissed them without a trial, strangely no action was taken for almost a year against the civilian recipients of the classified data.

This data, Outlook's investigations revealed, pertained to the navy's procurement plans, including its top secret submarine acquisition programme. The magazine also exposed the links between the civilian recipients of the information and top executives/agents of Scorpene's French makers.

The sensitive link between the war room leak and the submarine deal is one area of the investigation the CBI claims it has failed to make any headway on, something its counsel has repeatedly reiterated before the high court. Interestingly, while the agency's counsel submitted orally in court that a PE had been conducted, when the court asked for documents to prove it had indeed been conducted, the agency agreed to register a fresh PE on December 20, 2007.

So, what was the "investigation" that the CBI's counsel claimed the agency had conducted? According to N.K. Singh, a former joint director of the CBI, the agency can conduct an inquiry under three circumstances. "It can either register a PE, an fir or just do a confidential inquiry before registering either. In all three instances, it must have a written record of the issues probed by the investigating officer as well as his findings," he says. Obviously, the CBI's counsel failed to produce any such written record, prompting the high court to order a fresh PE.

The navy too has not helped in speeding up investigations. A senior CBI official familiar with the case had this to say: "The case was initially with the IB (Intelligence Bureau ) because it wanted to plug any possibility of espionage. Once that was ruled out, the case could have been handed over to the CBI immediately. But from our records it is evident that the navy did no such thing."

Prashant Bhushan, lawyer for CPIL, finds this rather intriguing. "Isn't it strange that the CBI has not even bothered to recover the material the IB generated during its year-long surveillance of the accused in the war room leak case? Wouldn't the material available with IB help the CBI establish all the leads in the case? The fact that they have not sought out anything in over two years raises very disturbing questions about the agency's true motives," he told Outlook.

Bhushan also points out that the CBI is yet to seek national and international phone records of all the suspects in the war room leak case. "What is the source of the foreign remittances it has mentioned in its chargesheets? Finally, where are the foreigners referred to in the fir as well as in the navy's affidavits in the Delhi High Court?" he asks.

For now, the CBI maintains it hasn't been able to trace the e-mails sent by some of the accused and published by Outlook, since they do not have any "headers". ("Headers" in an e-mail help establish the internet protocol addresses of the sender and receiver.) The agency has, however, chosen to ignore key accused Ravi Shankaran's admission that he was aware of the contents of the e-mails Outlook published. Shankaran had also revealed to Outlook on February 17, 2006, a day before the Union defence ministry handed over the case to CBI, that he had received copies of these e-mails.

On April 28, the CBI will have to report to the high court on the progress it has made. Those following the case don't expect any breakthroughs. One can only hope the CBI will spring a surprise this time and prove its detractors wrong.