Manpreet and his ‘jagowallahs’ offer hope 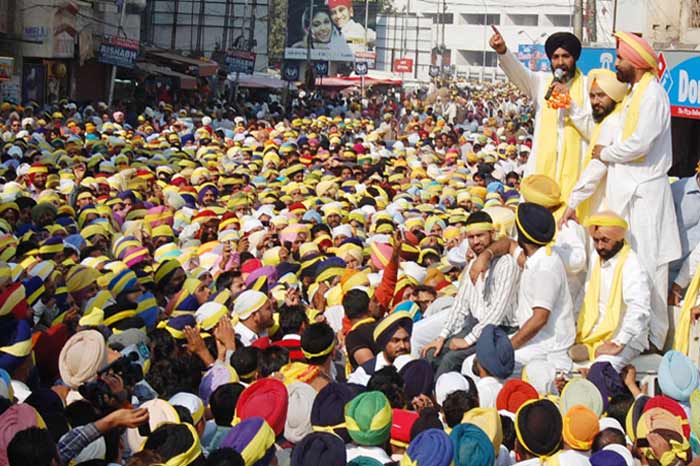 When Manpreet Badal, estranged nephew of Punjab chief minister Prakash Singh Badal, launched the People’s Party of Punjab on March 27, the name he chose for the party was incidental. For Manpreet and his followers had already become well known in Punjab: they had come to be called the ‘jagowallahs’ from his four-month ‘Jago Punjab Yatra’, which covered all 117 assembly constituencies in the state and culminated in Khatkar Kalan, the birthplace of the legendary Bhagat Singh. That was where the new party was launched.

There’s no doubt that Manpreet has become a political force to reckon with: whatever he does, others scramble to repeat. When his yatra started drawing crowds, leaders from the ruling Akali Dal and the Congress organised similar yatras. When he declared he would launch a new party on March 23, the martyrdom day of Bhagat Singh, the Akali Dal and the Congress rushed to organise rallies at the same place, the same day. Quietly, Manpreet postponed the launch by four days. Despite attempts by the administration to stymie the launch, Manpreet held the function at the planned venue, and with a larger crowd than his opponents.

For years, Manpreet’s father Gurdas Badal has stood staunchly by the chief minister. But as finance minister, Manpreet found it hard to function under the father-son duo of the chief minister and his deputy Sukhbir. When he aired his grievances—and later became more vocal—he was removed from the cabinet and the party. He resigned as legislator too, the bitter parting being marked in the initial days by restrained statements but giving way later to acrimony.

Urbane and a lover of Urdu poetry, Manpreet was seen as the intellectual face of the Akali Dal. But political pundits wrote him off after he parted ways with his uncle. Five months down the line, he has held his own. But the question being asked, with no clear answers in sight, is whether Manpreet’s rising popularity will translate into electoral success. For now, the Akali Dal and the Congress are both worried and their strategists are trying to counter the Manpreet effect. “He’s drawing crowds because people are desperate for a viable alternative to the mainstream parties,” says Harish Puri, an academician. “But despite the hype, I think he’s still just a straw that people are clutching at. What he lacks is resources and an organisational structure. He will also have to manage the inevitable contradictions of trying to meet the aspirations of people around him.”

Manpreet seeks to surmount these problems by stirring the old Punjabi spirit of sacrifice, martyrdom and austerity. He speaks of the long, hard road ahead. “I can see the Egyptian revolution in India,” he says. “And Punjab is the most fertile ground for sacrifice today. We have pledged to rid the state of corruption, misgovernance and poverty.”

There are reports that NRI Sikhs in Canada and the US are collecting funds for him. Manpreet’s party formally began to accept donations after the launch and he has made it clear that all donations will be through cheques and no party worker can accept money in the name of the party. With transparency as his credo, he is finding public support. At least for now.