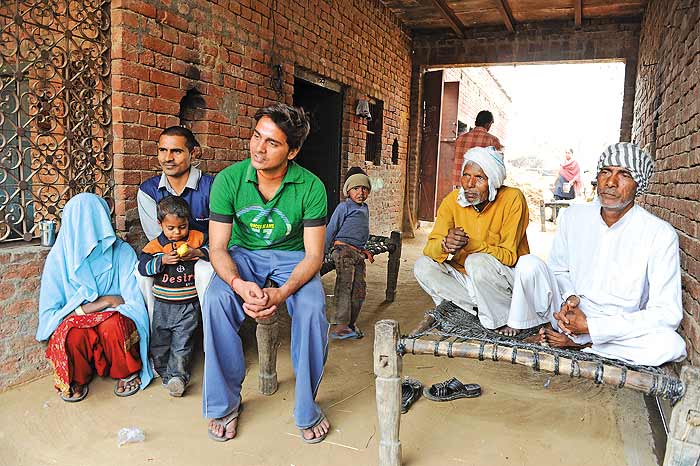 For the first time in 10 years, the Kumar household in Machipur saw a shift in voting patterns this time. Youngest son Lalit, 23, and his brother, Ved Prakash, voted Congress this time. The elders, the boys’ father and their tauji (father’s older brother), still can’t believe this rebellion. They, of course, like every other time in the last decade, pressed the haathi (elephant) button. Why did Lalit and Ved move away from the BSP this year, and why is it that their parents never can? To understand this is to come to grips with the aspirations of the young and the old in this Ambedkar village which is barely a 100 kilometres from Delhi. Machipur now has toilets in its houses, solar lamps light up the streets, there is an anganwadi and a school up to the eight standard. Till four years ago, the school had classes only till fourth standard and the fields outside is where everyone went for their ablutions. It was especially difficult for the women, as they could use the fields only at the crack of dawn or after dusk when it was dark enough.

As the UP election results start streaming in, the family shows up the fissures and cracks, evident when the two generations come face to face with each other. “I don’t care whether the BSP wins or loses. I know in my mind that it is a winner. Before the party, who cared for us? There was no road in the village. We used to vote for the Congress before the BSP came on the political scene offering a platform for us Dalits. The Congress did nothing for 40 years. At least some things have changed for us with the BSP...we voted for a party which counted us in,” says the 64-year-old father Murari Lal. It is this core constituency, about 22 per cent in voteshare, that the BSP always marched with in any political equation. And it is this bloc that has now developed cracks, as epitomised in the Kumar family.