The Centre, RIL squirm under the gimlet-eyed CAG report 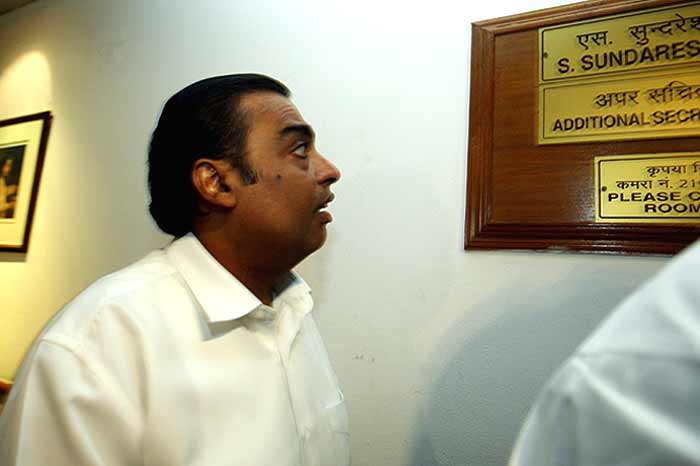 It could have been from the porous petroleum ministry, deeply infiltrated by companies of all persuasions. Or even perhaps from the Comptroller and Auditor General of India (CAG) itself. But it really doesn’t matter who leaked the CAG’s draft report of the probe into the private sector operations of three major oil and gas producing blocks. The report vindicates the oft-repeated charge that exploration majors were being allowed to inflate costs to the detriment of the national exchequer. And that portends more trouble for the Manmohan Singh government, which is already grappling with a series of scams.

Two copies of the draft report—which looks into the operation (2006-07 and 2007-08) of Reliance Industries’ Krishna-Godavari basin gas block, Cairn Energy’s Rajasthan oil block and Reliance-ONGC-BG joint operations of Panna-Mukta-Tapti oil and gas fields—had been sent to the petroleum ministry. The latter had to respond to the charges raised, including lack of proper monitoring. As per norms, only after receiving these responses and an “exit meeting” with the ministry does the CAG finalise its report for placing in Parliament.

Now that the cat is out of the bag—albeit prematurely—everyone’s examining the fallout on big business and politics. At the top of the list is Mukesh Ambani’s RIL (whose shares are now trading at a two-year low). Remember, it was Anil Ambani’s charge (at the time of the court battle over K-G gas) of gold-plating against his elder brother that triggered the probe in the first place. The report will undoubtedly cast some shadow on the RIL’s exploration practices, oft projected to be of global standards.

An immediate fallout of the CAG report could be a delay in Reliance’s efforts to get the final nod for its bid to rope in BP as an exploration partner. The home ministry clearance of BP as joint venture partner earlier this month has come couched with concerns about the impact of the partnership on state-run GAIL due to competition on pipeline infrastructure. Similarly, this report could further delay approvals for Cairn Energy’s plans to sell its stake to Vedanta. These have been held back due to its partner ONGC and the petroleum ministry insisting that the UK-based company should first resolve royalty payment issues.

Politically, this puts the spotlight on Murli Deora—the man the Ambani brothers dub “uncle”. The probe examines the period when the petroleum ministry was under Deora’s watch. It’s interesting that Deora was moved out of the petroleum ministry early this year and handed over the corporate affairs ministry portfolio. His petroleum secretary S. Sundareshan too was shifted out last month. Privately, there is considerable support for the report, with some within the Congress stating, “CAG has done a good job”. Coming ahead of an expected cabinet reshuffle, the CAG report could have an impact on Deora’s future.

For a government banking on RIL’s K-G basin block—India’s biggest gas find in decades—to fuel growth and reduce import dependence through production of up to 120 million metric standard cubic metres per day (mmscmd) over the next few years, the CAG report is a harsh reality check. Coming at a time when D-6 production seems set to decline further (RIL says they require better technology and financial infusion to reverse the trend), the government can no longer brush aside concerns that there are many laxities in the exploration sector.

Without quantifying the loss, the CAG draft report voices concerns about diminishing government returns and revenue loss under the present production sharing contract (PSC), which offers no incentive to operators to minimise costs. The government auditor has charged both the ministry and the Directorate General of Hydrocarbons (DGH) of not showing “adequate intention to protection—at every stage of E&P, be it exploration, development or production—of the GoI’s financial interests”.

“We will try to give a reply to the CAG report soon...the ministry will look into its files dating back several years.”
Jaipal Reddy, Union petroleum min

Admitting to have met the prime minister to brief him about the draft report, Union petroleum minister Jaipal Reddy told Outlook, “Our endeavour will be to give the reply as soon as possible.... The ministry will have to look into its files dating back several years.” Official sources admit there is not much that the petroleum ministry can defend itself on when it comes to lapses in monitoring, considering that it lacks requisite technical expertise, and the DGH too is unable to handle the task for similar reasons.

That said, it’s early days yet. Planning Commission member B.K. Chaturvedi cautions, “To jump to conclusions based on the draft is unfair unless the ministry’s views are also examined.” As the final CAG report takes into account official clarifications, some of the issues raised in the draft may get diluted. Chaturvedi points out that among the policy issues raised by CAG, there are some like the PSC—originally framed in 1995 by the Vijay Kelkar panel in consultation with Commonwealth experts—that is not wholly justified.

While the charges of “padding” cost may be valid, Chaturvedi feels that without proper technical assessment and a case-by-case study it is difficult to establish the quantum of gold-plating. On the charge of leeway that condoned delays, Chaturvedi adds it will also have to be probed on a case-by-case basis.

Underlining that the CAG report has rightfully brought out the “huge revenue ramification”, S. Gurumurthy of the Swadeshi Jagran Manch asks, “Where is the opposition to Ambanis? If Sonia Gandhi is going on an Ambani plane, then which official will have guts to scrutinise what Ambani is doing?”

Considering the BJP’s reluctance to comment on the subject, the Ambani support base seems to have few political barriers. Not so, stresses Nilotpal Basu, member of the CPI(M) central secretariat, who talks about concerns raised about the escalating cost in the D-6 block of Reliance. “What is disturbing is the non-response of the PM even now when the shortage of gas has very serious ramification,” says Basu. Irrespective of how the politics plays out, this ‘zero-tolerance-to-corruption’ government has some deep exploration work ahead.

A Lokpal Of Gloom