A Razor Has Two Edges

Will Yediyurappa give the BJP what it expects him to deliver? 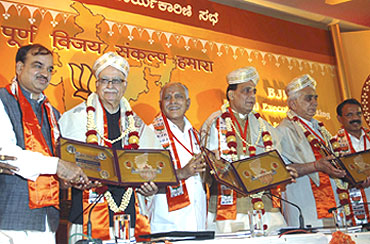 Ever since the Janata parivar tasted power in Karnataka in the early 1980s, it has been slowly evolving into the triangular battle we are seeing this time. The Congress, the BJP and Janata Dal (S) are pitted against each other in most of the 28 constituencies. The JD(S) may be contesting only 18 seats, but its reasonable presence in the remaining 10 will tilt the tally of the two national...