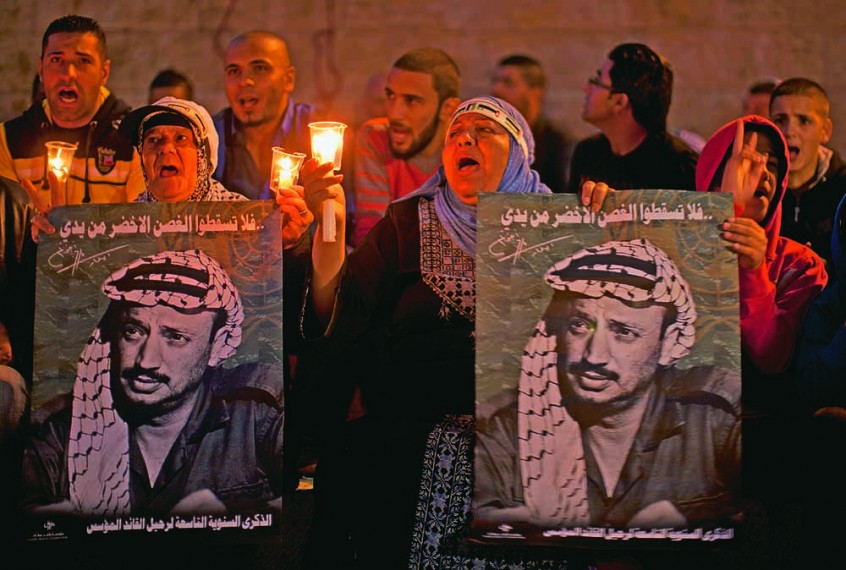 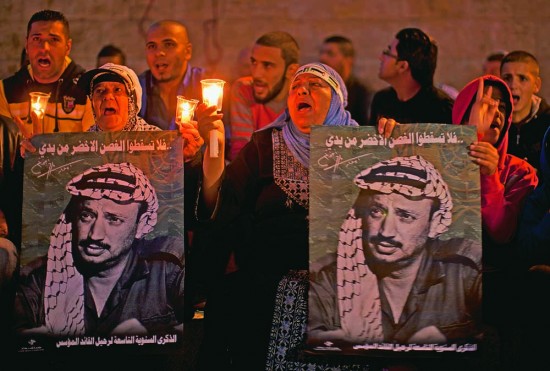 I knew PLO chairman and Palestinian Authority president Yasser Arafat very well and considered him a friend. I travelled with Arafat on several occasions, including a remarkable 1990 visit to India. Arafat loved India and seemed to be very popular in this country; in Calcutta, he addressed a huge crowd at the Net­aji Indoor Stadium before taking me with him to the Motijheel slum, where we were greeted by Mother Teresa. Arafat spent several hours in deep conversation with her and told me later that she was one of the persons he admired.

Arafat also took me to meet Rajiv Gandhi, who was standing for re-election at the time. Rajiv and his wife Sonia treated Arafat as if he was part of the family. Rajiv proposed an unusual mission for the PLO leader. Among India’s many gurus was one who was of Palestinian origin. Rajiv wanted Arafat to visit the seer and convince him to recommend that his 40 million followers vote for Rajiv. The plan backfired when the guru explained, in Arabic, that he did not take kindly to being told what to do—even by the world’s most famous Palestinian.

Arafat and I had our differences—largely to do with the peace process—but we always kept in touch. The last time I spoke with him on the telephone was in October 2004, shor­tly before his death. His Mukata’ah presidential compound in Ramallah had been under siege for two years and he was in bad shape physically and emotionally. He told me that his nemesis, Israeli premier Ariel Sharon, wanted him dead.

Arafat was earlier visited by Egyptian intelligence chief Omar Suleiman, who confirmed that some in the Israeli leadership were speaking of assassination. Suleiman offered him two possible exit routes: the first, favoured by the US, was to allow him safe passage and permanent exile in exchange for his signature on a final peace treaty—but one that would surrender Jerusalem and the right of return. His comment on the American suggestion was classic Arafat: “They want me to be like the male worker bee,” he sighed. “To mate with the queen just once, then die.”

The second possibility, something the Egyptians had suggested, was that he would stay in Palestine as a figurehead and under their protection, but hand over actual power to his prime minister, Ahmed Qorei. Suleiman gave Arafat six weeks to make his mind up, but nothing further came of these plans.

We see a posthumous abandonment of Yasser Arafat by his successors too. Why have there been no calls from Mahmoud Abbas for Israel to be held to account for Abu Ammar's death?

During our last conversation, Arafat insisted that Sharon would have him poisoned and that a handshake might be the means of delivering a lethal contamination. “That’s why I will never shake his hand,” he had said. His compound was surrounded by Israeli troops and tanks and Arafat feared that his food would be tampered with. He took all precautions. He had a combination lock on his fridge that only he knew how to open; he only ever ate freshly opened tinned food and drank bottled water.

Despite these precautions, the death that he feared began its slow process on October 12, 2004, when he was taken violently ill after a meal. His own doctors first thought he had a ‘tummy bug’ and were baffled when his condition continued to deteriorate. He was moved to a Paris hospital, and as he boarded the plane, he whispered to one of his aides (who told me about it later), “This time they got me.”

On November 3, Arafat fell into a coma from which he would never emerge. Sheikh Taissir Tamimi, who sat by Arafat’s deathbed, told me that towards the end, blood began to ooze from his pores. Arafat died on November 11, his condition still a mystery to the doctors in Paris.

It has always been believed, among Palestinians at least, that Arafat was poisoned by Israeli agents, but until last week, there was no evidence. Al Jazeera has been investigating the late Palestinian president’s death for over two years, and in January 2012 commissioned three independent medical research teams from Switzerland, France and Russia to forensically examine a bag of clothing worn by Arafat in his final days. The bag was provided by Arafat’s widow, Suha, and had been kept in a safe in Paris.

The Swiss team found unexplained high levels of polonium 210 in the clothes and permission was granted to exhume Arafat’s body. Sixty tissue samples were taken and div­ided between the three teams. The University of Lausanne revealed their findi­ngs last week and declared that they were “eighty-three per cent certain” that Arafat died from polonium poisoning. David Barclay, a British forensic scientist, was less cautious, describing himself as “who­lly convinced” that polonium poisoning was the cause of death. Polonium levels up to 36 times the expected norm were found in Arafat’s bones and in blood samples taken from stains on his hospital cap.

Polonium poisoning is extremely rare—the best publicised case was the London murder of Alexander Litvine­nko, a Russian dissident and former KGB agent. A British prosecutor in the investigation has asserted that Litvinenko was killed on the orders of the Russian government by KGB agents who laced the victim’s tea with polonium.

The point I am making here is that only state actors are known to have access to this radioactive poison. Polonium is used as a power source for satellites and spacecraft and can only be manufactured in a nuclear reactor. In addition, specialist knowledge is required to handle it safely. Israel is the only regional power to possess such sophisticated nuclear technology. As Qais Abdel Karim, a member of the PLO executive, put it, “Only Israel had the means—as well as the motive—to commit this crime.”

Ariel Sharon had often insinuated that he would like to rid himself of the thorn in his side that Arafat had become. The PLO leader had refused to surrender claims on Jerusalem during the 2000 Camp David negotiations, and had sparked the armed Intifada against Israeli occupation. Sharon, incidentally, had only two months to enjoy Arafat’s departure from this mortal coil before he himself entered the permanent vegetative state he remains in to this day.

Arafat’s strong stance on behalf of the Palestinians also alienated him on the international stage. During that final telephone call, Arafat spoke of his increasing isolation in Arab and international circles and told me that former friends had abandoned him. He said that he had phoned several Arab leaders, but none of them had bothered to take his call.

We are also witnessing a posthumous abandonment of the Palestinian leader by his successors in the Palestinian Authority (PA) today. The PA has remained silent on the Swiss report into Arafat’s death. Why has there been no call from his erstwhile comrade in arms, Mahmoud Abbas, for Israel to be held to account for the death of Arafat? A French team of judges and forensic experts has already initiated a murder investigation—will Paris do what Ramallah fears to contemplate?

Can PA negotiators continue the present round of US-brokered peace talks with Israel under these circumstances? Out of respect for Arafat’s martyrdom, the PA should refrain from discussions based on pre-conditions the PLO leader would have found unacceptable—keeping the Jordan Valley, abolishing the right of return and recognising Israel as a Jewish state. Especially when illegal settlement building continues at an unprecedented rate.

In memory of Yasser Arafat, and in protest against his murder, the PA should withdraw from negotiations and ensure that his legacy of resistance endures.

How Much Taurine Has It Got?