The Congress is in a shambles; even so, it can profit if it runs together 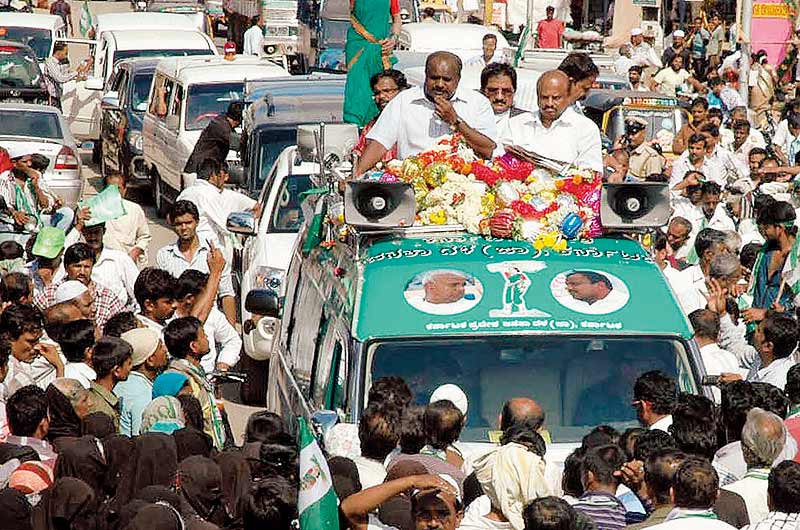 “Thumba thappu madidivi.” Kannada for, “We have made a lot of mistakes.” For watchers of Karnataka politics, that should sound like a confession the ruling BJP might make to voters. Ind­eed, chief minister Jagadish Shettar and leaders like Sushma Swaraj are saying so to supporters in speeches, statements and public utterances, hoping to earn forgiveness and a second chance. But, in another context, Congress workers from the Old Mysore region are saying the same: the mistakes, in this case, relate to the selection of candidates and the heartburn it has caused. Not unusual in the Congress, which seems to have mastered the art of messing up this most vital part of elections. A disappointed woman worker who had been sure of getting a ticket says, “It’s like making us smell the flower but not allowing us to put it in our hair.”

The Congress, many workers say, has erred by choosing candidates of the wrong caste in a state where caste or sub-caste is a dominant marker of ele­ctoral viability. They say that, despite having resourceful candidates who might have won on the regional strength of their community, the party has not fielded  them. Another mistake, they say, is not having accommodated sub-dominant communities by offering their members  candidature in adjoining constituencies; instead, two or more candidates of a single community were fielded from adjoining constituencies.