A Proximity Too Close For Comfort 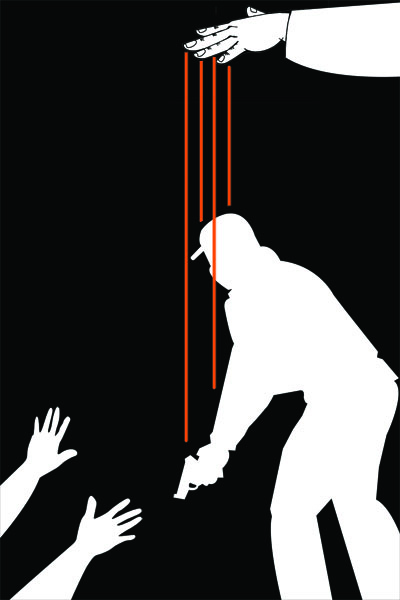 Policemen in Ahmedabad, new and old, have a lot to say, though not always on record, about Rajinder Kumar, IB stat­ion head in Gujarat between 2002 and 2005. All agree, however, on his proximity to chief minister Narendra Modi, something they say he never cared to hide. His record, says R.B. Sreekumar, the then Additional Director General of Police (Intelli­gence), needs to be probed with a fine toothcomb.

Kumar, claims Sreekumar, would frequently drop in at Gaikwad Haveli, in the office of encounter specialist and then DIG D.G. Van­zara, unusual for an IB officer of his rank. The IB during Kumar’s tenure, Sreekumar goes on to allege, helped Gujarat police go shopping for victims in Mumbai, Hyd­erabad and elsewhere, to be then eliminated in Gujarat.

“How is it that most of the alleged terrorists were killed in the early hours before dawn? Why did the encounters stop immediately after Vanzara was arrested? Did the Gujarat police stop receiving intelligence inputs thereafter or did the LeT and others stop sending terrorists to Gujarat?” These questions need answers, Sreekumar said over telephone from Kerala.

Further, the former ADGP (intelligence) cla­ims, he did not receive any intelligence inputs from IB during his tenure. The central agency, he says, did not submit any actionable intelligence before the Godhra incident or the subsequent riots. How is it, he wonders, that there was not a single encounter during his tenure but barely after he was shunted out, the first encounter killing, of Samir Khan Pathan, unfolded.

Unusually for an IB officer again, Kumar had reportedly volunteered to be a witness against Sreekumar when the state government filed a chargesheet against him in Sep 2005.

Nor is Sreekumar the only police officer in the state to question Kumar’s conduct. Reti­red IPS officer Jaspal Singh too had written to the SIT investigating the 2002 riots to look into Kumar’s role.

Sreekumar also recalls how, within hours of the Godhra incident, Kumar insisted it was a terror attack by the ISI, and urged an investigation into the Pakistani hand. “But when I inquired about the basis of the conspiracy theory, he couldn’t provide a satisfactory explanation. I had refused to accept his advice,” says Sree­kumar. Curi­ously, Kumar had also not sent him any report or input on the ISI conspiracy.

Not just policemen but even others like activist Teesta Setalvad and slain BJP minister Haren Pandya’s widow Jagruti believe Kumar’s role in Gujarat to be suspect. Why, asks Setalvad, did the IB fail to provide information and evidence of the ISI conspiracy to the Nanavati Shah Commission? Jagruti, who has been demanding a reinvestigation into her husband’s mysterious assassination on March 26, 2003, too wonders if it was just  coincidence that her husband was the first to be killed in a long line of killings officially attributed to terrorists.

“How is it that in the decade since then, or in the period bef­ore that, no leader of the stature of Haren Pandya has been targeted?” she asks. Both the IB and the CBI, she alleges, colluded in 2003 to cover up the intelligence failure and the complicity of officials and politicians, which she believes led to her husband’s assassination. “Why is it that the chief minister, who now calls CBI names and is against it reinvestigating the case, accepted its shoddy investigation which led to all the 12 accused being let off for lack of evidence?” The CBI had, in fact, admitted on record that it had misplaced Pandya’s cellphone call records. In the abs­ence of such vital evidence, how could they complete the investigation, she asks. The swirl of such questions continues to rise.

By R.K. Misra in Gandhinagar