Is the suspension of divestments the beginning of the end of reforms? 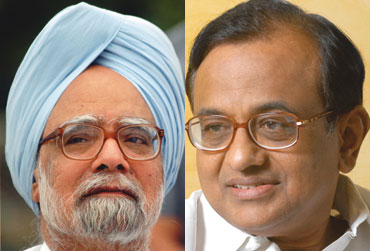 Worse was to come. A whisper campaign that the PM may resign, as he was piqued by coalition pressures and stung by the way his ministers were pursuing independent agendas. As finance minister under Narasimha Rao, Manmohan had offered to resign thrice; so it was easy for the rumour to grow wings. Instantly, markets tumbled, analysts frowned and the world sat up and took notice. Russia’s Pravda described Manmohan as "the boy who stood on the burning deck"; most others said he was "under siege" and helpless. Wasting no time, the BJP called for mid-term polls and a statement on privatisation. Although the PMO clarified there was no truth to the rumour, a big question looms. Is this the death of reforms as we have known it? Will we be stuck at 7-8 per cent growth?

In a curiously prescient way, the situation today is a fast forward of a scenario envisioned for India 2025 at last November’s WEF summit with ‘Atakta Bharat’ or India Getting Stuck as the theme. "It describes an India that lacks unified action and effective leadership, creating a continuous and cumulative source of problems for India," says the background paper. This was why Manmohan as PM, with his reformist credentials and unsullied political record, was the best possible news out of a coalition government of conflicting ideologies.