A Pocketful Of Delight

The uncommon talent that was behind the Common Man 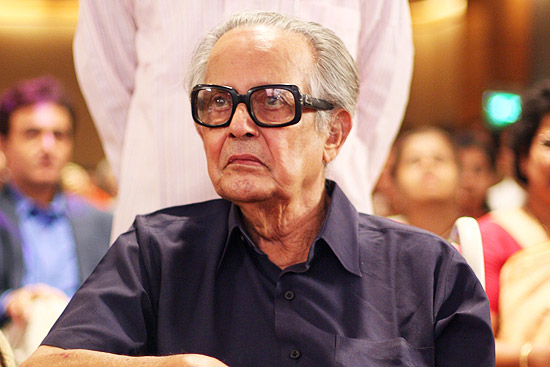 In the 40-odd years that I knew R.K. Laxman, I never ceased to marvel at the singular traits of his personality: boundless curiosity about the way the world spins, a penchant for detecting an oddity in an individual, a place, an object, a situation, a bird or an animal, a zest for harmless mischief, a flair for mimicry and a rigorous discipline that he imposed on himself. All this taken together accounts—largely, if not in full measure—for his prodigious output of cartoons and caricatures and their unprecedented appeal.

The appeal did indeed cut across generations, party lines, ideological frontiers, across regions and communities and genders, across fads and fashions of the day. How did he pull this off? One reason, I reckon, is that Laxman deployed his gifts to expose the double-think and double-speak of the powerful and the influential with clarity and candour but without a shard of malice. That was his Laxman rekha.

He depicted the ludicrous side of our nation’s rulers with consummate aplomb. But never once did he offend their dignity. I can’t recall any cartoon or caricature which carried the faintest whiff of prejudice against a religious community, a caste, a linguistic group, a gender. That quality endeared him to his readers. In their eyes he doubtless was the Peter Pan of our Republic.

Only once did he have to appear in court. One of his pocket cartoons in the Times of India had riled a Shiv Sena activist who proceeded to file a defamation suit against him, the editor (me) and the manager of the paper (Ram Tarneja) in a small town somewhere in the boondocks of Maharashtra. We had to travel for several hours in a particularly hot season to appear before a local magistrate, essentially to seek permission not to appear in person for subsequent court hearings. The proceedings lasted barely 20 minutes. What followed was quite a sight to behold: the judge, now bereft of his official apparel, and the complainant rushed to Laxman outside the court to request him to pose for a photograph with them!

It is in his pocket cartoons that Laxman kept a tab on the concerns of average citizens which he depicted with an unerring sense of topical relevance: corruption of politicians, procrastination of babus, potted roads, water and electricity shortages, traffic jams, life in slums, the conceits of sundry holy men and women. These have lost none of their sting even today. Laxman’s Common Man represented ‘civil society’ long before the term gained curr­ency—a ‘civil society’ that happened to be, as now, rather bemused and bewildered and often quite helpless in the face of everyday problems that assail it from all sides.

Unlike many of his peers in journalism, Laxman avoided the pitfalls of partisan politics and the dust and grime of ideological battles. But none of this was tantamount to an amoral stand. Quite to the contrary. Consider the targets of his ire: self-styled holy men, over-righteous politicians, those who wore patriotism on their sleeve and those who resorted to moral policing to avenge ‘hurt sentiments’. Yet one of his favourite pastimes was to draw Lord Ganesha. This, I suspect, had little or nothing to do with a religious impulse. It had every­thing to do with the Lord’s supremely contented demeanour.

Laxman was no unalloyed modernist either. Not for him the enchantment of avant-garde art and literature. He would wrinkle his nose at the sight of an abstract painting or sculpture. Nor had he any patience for sweeping intellectual arguments. What mattered to him was rugged common sense—one that he sought to express with abiding simplicity, directness and grace.

It is these very virtues that he celebrated in whatever tickled his fancy—including, above all, crows. I recall that day when he once asked me to hurry to his room to witness a spectacle on the road beneath his office window. Half-a-dozen crows stood in a queue at the edge of a puddle. Each one entered it, flapped its wings in the water and exited at the other end when the next one followed. With one eyebrow arched, he then pointed to a bus-stop where the passengers jostled for standing room. He didn’t utter a word. But he said it all. Much like his Common Man did day after day for five decades and more.

(The author is a former editor of The Times of India and presently its consulting editor.)

How To Wear A Baby