A Place And Its Negative

Azamgarh's recent history shows it was primed to tip over. Is it the fate of our lost towns? 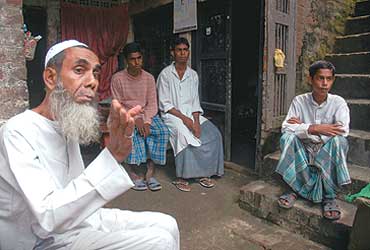 The Azamgarh You Don't Know...

Nearly 90 kilometres north of Varanasi lies Azamgarh, sitting on the same axis as Gorakhpur, Jaunpur and Mirzapur, a town founded by a Gautam Rajput prince who embraced Islam and took the name Azam Shah in 1665. Centuries later, Azamgarh once again faces a crisis of faith, in conflict with its past as well as the many identities that have sprung up over time. A town of poets, intellectuals, famed handloom weavers and merchants, it has now been branded by the "terror" tag—something reinforced with every shrill headline and soundbite.