A Piece Of Canada 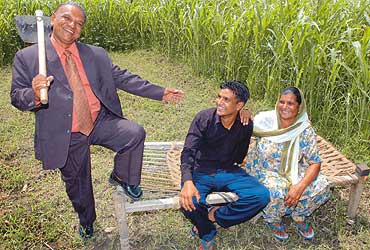 outlookindia.com
-0001-11-30T00:00:00+0553
'Go West' has long been a credo for many in Punjab. The latest to join the 'Quit India' league are farmers from a state known for its rich agricultural tradition. And helping them make a beeline for Canada—the most preferred destination—is the Ludhiana-based Punjab Agricultural University (PAU). It has a programme to train prospective migrant farmers in Canadian farm practices and latest scientific farming techniques. The university has even tied up with the Ontario-based World Wide Immigration Consultancy Services (WWICS), a leading firm that helps farmers emigrate to Canada.

Says J.S. Ahluwalia, vice president, business immigration, WWICS: "Canada is finding it difficult to find suitable people to run its farms. Their own citizens are growing old; the country is heading toward a negative population growth by 2016. Many of its old farmers are selling their lands and moving to towns. This has prompted the government to encourage farmers to migrate to Canada, so that they can manage these farms." The company claims it has about 600 farmers on its rolls at various stages of the immigration process. It has helped some 80 of them migrate in the last few years.

But Canada wants farmers well-versed in latest agricultural techniques. This is where PAU steps in. Says Ahluwalia: "The PAU course, besides equipping the farmers for the job ahead, imparts a certain legitimacy to the farming credentials of these people which comes in handy with the Canadian immigration officials." According to him, though Punjab farmers may have farming in their blood, they don't always have higher education, English-speaking skills or training in scientific methods of farming.

Enter the Directorate of Extension Education, PAU, whose one-month course some 90-odd farmers have completed. Among other things, the course teaches them the similarities and differences between Indian and Canadian farming, climatic conditions, latest agronomic practices for cultivating cereals, rye, oats, corn, canary seeds and sugarbeet. Vegetable and cut flower cultivation, management of pests, approaches to food marketing in the West, practical training in farm machinery, as also basic computer skills, are the other facets the course equips farmers with. 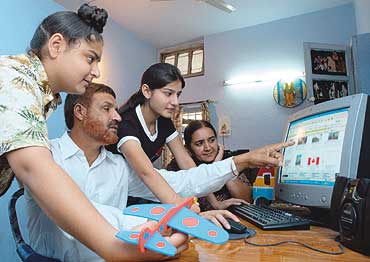 The mechanics and economics of Operation Canada are simple. With towns and cities in Punjab growing laterally, the price of farmland even on the outskirts has shot up. In some parts of Punjab, real estate developers are willing to pay as much as a crore for an acre. Suddenly flush with money, most farmers find it easy to raise the 3,00,000 Canadian dollars (Rs 1.5 crore) needed to buy a small-sized farm in Canada. Some are even exploring the idea of grouping with two or three other families to buy up larger farms. Once the money is in place and the land identified, the immigration process begins.

Baldev Singh of Akhara village in Jalandhar district is among those who did the PAU course last year. This 52-year-old farmer, father of two married daughters and a 20-year-old son, farms some 25 acres of land. "Farming is the only thing I know and I'll migrate only if I can farm in Canada. Things are going from bad to worse here; government policies are not addressing the problems of farmers in Punjab. At one time, they asked us to grow paddy not knowing its impact in a non-paddy growing area like Punjab. Now that our water table is going down by about a metre each year, they're telling us to grow maize. Who'll do that if it doesn't give the same returns as paddy? If I put in the same effort in Canada, I'm sure I'll reap good dividends," he says.

Rising cost of inputs, low returns, a falling water table and the consequent debt trap has taken the sheen out of farming in Punjab. In fact, agricultural growth in Punjab and Haryana is down to less than 1 per cent against a national average of 3 per cent. According to figures given out by the Economic Advisory Council to the PM, 78 per cent of all farm households are under debt. No wonder farmers in Punjab are prepared to sell their lands to buy farms in Canada.

As Kanwaljit Singh, who owns 11 acres in Punjab, says, "Farming is the only skill I have. I applied for migration to Canada with my family in 2002, as I'm confident that I'll be able to give them a better standard of living there. Here, I get less than a lakh per annum from my land as almost the entire labour force is hired." Last September, Kanwaljit was in Canada on an exploratory visit WWICS arranged to scout for farms he could buy there.

The flight to Canada began two years ago when Manitoba province introduced the Young Farmer Nominee Programme aimed at attracting farmers below 40. A farmer with a net worth of 1,50,000 Canadian dollars and proven experience in farm management could immigrate within a year or two via this process and have a chance to buy a farm in Manitoba. Prince Edward Island has a similar programme to attract immigrant farmers keen on organic farming. Immigration firms like WWICS say they are targeting fresh graduates from agricultural universities and the response is good.

And it's not just the impoverished Punjab farmer who's desperate to be in Canada, even if he has to work as a driver or plumber there. Affluent farmers too have been bitten by the migration bug. Like Harjit Singh Bajwa, a prosperous farmer from Gurdaspur, who's put in an application to buy a farm in Canada. "No one wants to farm in Punjab. Given a chance, they'd all migrate," he says. Strong sentiment maybe, but a shared one among Punjab's disillusioned farmers.