African-Americans debate what Obama did, or did not do, for them 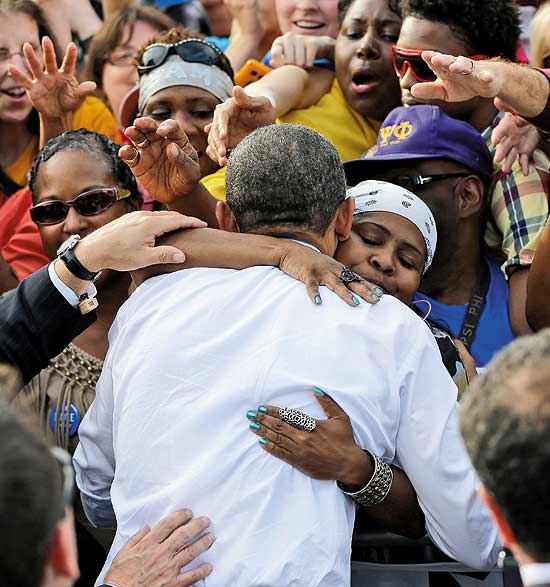 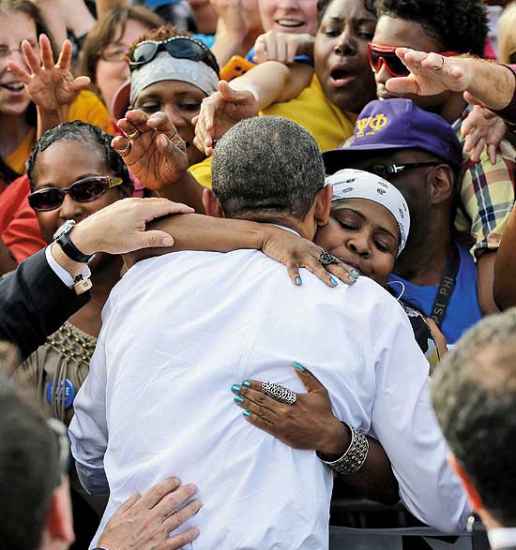 Until he could, a Black US president seemed to lie even beyond the chances of probability. Barack Obama signified hope and change for younger generations. But, for many African Americans, his election meant more: it was the realisation of a personal dream. His victory meant a significant leap forward for a nation where, decade after decade, strained Black-White relations could ultimately be traced to the scars of slavery. In 2008, a few white optimists even declared the onset of a post-racial era.

Four years later and on the eve of a tightly fought election process, Obama gets mixed peer reviews, especially from Black intellectuals, who are disappointed that he hasn’t done enough for his community. But the common African-American is more than satisfied and willing to cut him some slack.

There is little doubt that Obama will get about 95 per cent of the Black vote on November 6, according to a Wall Street-nbc survey. Not helped by his ‘47 per cent remark’, Republican challenger Mitt Romney might as well be ‘Missing Romney’ for the Black electorate. But is support for Obama based on real work for the community or because it is afraid to be disloyal?

On the harsh slate of statistics, Obama doesn’t fare so well, but, as has been countered throughout this season, he inherited one hell of a hand. Two ongoing wars, an economy going into depression, and unemployment at 9 per cent. Obama managed to put a shoulder to all of the above, even though the statistics for his own community remain alarming. Unemployment among Blacks remains at 14.1 per cent, higher than the national average of 8.3 per cent. He has also been criticised for keeping the community at an arm’s length, as if holding back till he found the right tone to engage.

“One day the question will be asked...whether the sacrifices of past generations were worth the rise of a race-neutral Black president....”
Fredrick Harris, Professor, Columbia University

Fredrick Harris, an African-American and a political science professor at Columbia University, wrote in The Price of the Ticket, released this summer, that Obama was “a hollow prize” for dreams about racial equality. “One day the question will be asked—years if not decades from now—whether the sacrifices of previous generations were worth the rise of a ‘race-neutral’ Black president, whose ascendancy was made possible by their efforts,” Harris wrote. Obama embraced the gay community more openly than Blacks and the Black elite acquiesced in the game, he wrote, because when it comes to the Obama presidency, “the symbolic and the substantive are assumed to be one. This is the price of the ticket”.

Not true, insists Rhonda Humphries, an African-American consultant for small business. She says that it was unwise to expect Obama to directly address the Black community, because “we are only 13 per cent of the population”. If you address one group, you alienate others. He talked incessantly about helping the lower-income and middle class—a category into which most African-Americans fall. “He did a lot for us by injecting capital into small business programmes. My clients benefited directly and most of them are either Blacks or other minorities like Hispanics, Indians and Pakistanis.”

Humphries, who was brought up with three siblings by a single mother on an annual income of $28,000, has no patience for raking up the race issue. “I am just as Black as anyone, but nothing disturbs me more than to hear people say they didn’t get a job because they were Black,” she says. “The older generation keeps clinging to the race idea, but today the schools are more integrated and there are more opportunities.” She says the best thing Obama has done is to give people hope. “One day this could be you. This is his contribution.”

But the Obama presidency seems to have hardened racist attitudes among Whites. An AP poll released on October 27 revealed that a majority of Americans (51 per cent) harbour explicit anti-Black attitudes, compared to 48 per cent four years ago. When judged for implicit racial feelings, the figure jumped to 56 per cent. The figures were similar against Hispanic Americans. Sadly, while many saw Obama’s election as a sign of racial progress, it also prompted a backlash. Racist bumper stickers (‘Put white in the White House’) and cartoons showing him as a monkey have surfaced. Earlier this year, a White police officer was taken off First Lady Michelle Obama’s security detail after he talked about shooting her.

“He did a lot for us by injecting capital into small business programmes.... The older generation clings on to race, but now there’re more opportunities.”
Rhonda Humphries, Business consultant

Philip Robinson, an African-American delivery truck driver, said he thought Obama would lose in 2008 because of “the racism in this country”. His election has done great things for the self-esteem of younger Black men and women. As for directly addressing issues affecting Blacks, Robinson, 49, says he “personally benefited from the extension of unemployment benefits” because the company he worked for went bankrupt last year. Romney will cut benefits, which will lead to more homelessness and raise the crime rate, he adds. “Obama has done an excellent job for the poor and middle class. We are still not where we need to be but he needs more time to do even better.” Moreover, Robinson stresses that Obama had correctly based his presidency on being the leader of all Americans.

Obama’s healthcare plan is also a plus for the middle class for rationalising the bulky system. It allows children to stay on their parents’ plan till they are 26. Laura Johnson, a federal employee, says her sister was “so happy” with Obamacare as she could keep her son on her plan instead of having to buy a separate policy. Johnson also points out that Obama is being credited with reviving the sick auto industry in Detroit, securing thousands of jobs. She would vote for Obama, regardless of race. “Heck yes. I voted for white presidents, didn’t I? I even voted for a Republican once—George Bush Senior,” she says.

For Melvin Harper, a concierge, the biggest takeaway has been the ending of the Iraq war and Obama’s plan to do the same in Afghanistan by 2014. The young man in his 20s isn’t enthused at all by Romney. “His ego is too big,” says Harper.

While the average Black voter wants “four more years”, some in the Black leadership say Obama should be more forthright about addressing the community directly with targeted aid. But they well understand that any such overt messages would be a political faux pas of humongous magnitude, something Republicans would lunge at in this storm-tossed, highest-stakes game of seducing voters.

A Great Game Of Spear And Shield