A Pass Towards Light

The brooding malignancy is out. Now we can focus on the hockey. 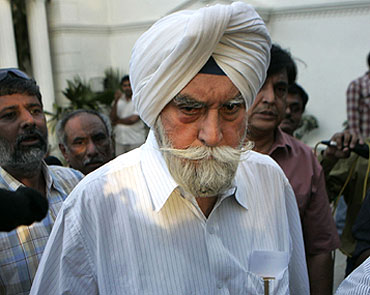 outlookindia.com
-0001-11-30T00:00:00+0553
From the depths of despair comes a very positive outcome—the suspension of the Indian Hockey Federation has ended 14 years of the corrupt administration that ravaged the country's national sport. Seeing a high official of the IHF accepting bribes on the screen was sad, and it's shameful that Indian hockey has come to such a pass. But I also think it's a blessing in disguise. It forced the change of guard, giving Indian hockey an opportunity to flourish again. This is the beginning of a new chapter in Indian hockey—we had reached the nadir when we failed to qualify for the Olympics, now we can rise again.

Watching IHF secretary K. Jyothikumaran accepting bribes to select a player in the squad was unbelievable—but very clear sound and picture quality lent it credence. Yet, Jyothikumaran insists he's innocent, which is nothing but laughable. The dismal state Indian hockey is in has its roots in this corruption. How can a team perform when there is such fraud in selection itself? How can it not affect the morale of the team and the deserving players who could not make it? India had been suffering from this problem for 14 years.

Though the TV sting operation was the catalyst, the fact is that pressure had been building up against the corrupt, arrogant and authoritarian rule of K.P.S. Gill and Jyothikumaran. The identity of Indian hockey had been weakened, its existence threatened. In sport, the players must be the stars but in Indian hockey, some administrators had usurped that role. They became the face of Indian hockey, and not a very charming face. There was a good period in Indian hockey, in the early 2000s, but that opportunity was wasted. Players were selected and then axed with no apparent reason. Coaches were appointed and removed without reasonable explanations.

Hockey was so big in this country, with a long history of golden glory, that it was not easy to kill it quickly—it took time. Then, two years ago at Doha, India didn't qualify for the Asian Games semifinals. This year, we failed to qualify for the Olympics for the first time. The worst was upon us.

But the IHF administrators thought that such archaic notions as responsibility for their actions did not apply to them. They believed that outcomes on the field were the responsibility only of the players, the selectors and the coaches. As administrators, they were not accountable—they were above the law. Arrogantly, they declared that they would not go.

But all these things had been piling up against them; hockey had lost its sheen and the government was under great public pressure to do something. As sports minister, Mani Shankar Aiyar was not willing to do anything, but as events turned he himself was removed, replaced by M.S. Gill. Then came the sting operation, and greater pressure—from Parliament, from the public and the International Hockey Federation (IHF), which wrote to the India Olympic Association to take immediate action.

Now I'm part of the selection committee, and we have to focus on two immediate concerns: the Commonwealth Games are two years from now and we could also host the hockey World Cup in 2010 if the FIH sanctions it. Being hosts, we would not need to qualify for the World Cup. These two events will be our main immediate challenges, and we have to prepare our team for them. We are going to examine the stock of our current players, choose those who can do the job and then work on preparing them for the challenges ahead.

Getting the IHF to function in a proper, effective and transparent manner will be another long-term challenge, along with making the game attractive to youngsters at the grassroots level. This challenge will perhaps be bigger than the first.

We have many other goals and plans in mind, and we'll disclose them once we are ready with something concrete. We have a recent player like Dhanraj Pillay, apart from old-timers like Ashok Kumar, Ajit Pal Singh, Zafar Iqbal and myself in the selection committee. I think it's a good mix and I'm confident that we'd be able to do something useful for Indian hockey.

We're aware that we've moved from being critics to administrators—we're prepared to be criticised in turn, but I'm sure it can be only about aspects of the team's performance. Gill and Jyothikumaran were criticised for their authoritarian rule, ineptitude and corruption. That sort of charge will never be laid against us.

(Former India captain Aslam Sher Khan is the chairman of the new five-member selection committee, appointed after the IHF was disbanded.)