A Party That Lost Its Fig Leaf

AAP grew overambitious; its leader anyway tended to be autocratic. The party’s slide began when it became unscrupulous. Will it reform its ways? 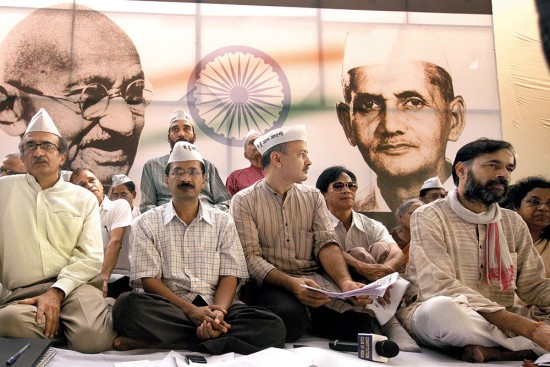 For what is still notionally an anti-corruption party, I thought this was the nadir: give a Rajya Sabha seat to a millionaire who had recently defected from the Congress—that, after striking a deal on getting him nominated to Parliament. What’s more, the man, Sushil Gupta, is also part of an “education mafia”, as termed by Manish Sisodia, a leader of the very party, AAP.

But the slide didn’t end there! Just one-and-a-half month thence, after the midnight of February 19, two legislators of the ruling AAP assaulted none less than Delhi’s chief secretary (CS). The MLAs, Amanatullah Khan and Prakash Jar­wal—both have a criminal record—manhandled Anshu Prakash after the soft-spoken IAS officer was summoned to the residence of chief minister Arvind Kejriwal.