A Pardon in Proxy

Rising sympathy for Cronje may let bookie Chawla off the hook 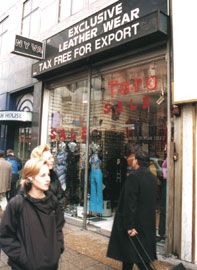 outlookindia.com
-0001-11-30T00:00:00+0553
So then Indian bookie Sanjiv Chawla was arrested, was he? And the infamous Cronjegate is beginning to open, is it? Wrong guess. If anything, the fact is that Scotland Yard has not acted on the Delhi Police case against Chawla. Worse, it doesn't seem it will either.

By the way the match-fixing proceedings are going—or not going—it would seem that although Chawla had a big hand in getting former South African skipper Hansie Cronje into trouble, now it is Cronje who unwittingly might come to Chawla's rescue. For, to proceed against Chawla is to also launch action against Cronje, or 'one of their own'—and the police here seem quite reluctant about it.

The logic is: Cronje had made a Christian confession, admitting to the King Commission of his role in match-fixing. Now leave Cronje to God and the South Africans. No more tests for him.

Suddenly, the Delhi Police is out of the picture, never mind that it was their painstaking investigation which brought the sordid story of match-fixing into the open. After an investigation that was almost too good for the world to believe in the beginning, a letter rogatory was sent to Scotland Yard both through diplomatic channels and the Interpol. The letter was received and the matter stands there. The British police's action against Chawla in London last month, reported in the media only last week, had nothing to do with the match-fixing case against him.

A spokesman for Scotland Yard told Outlook that Chawla wasn't charged with any offence. According to the spokesman, the police visited Chawla's home in Hendon in north London at 7.30 am on December 13 and took him to a police station in central London. He was arrested and discharged on bail after questioning. He will return to the police station later this month. The police can then charge him, release him on further bail or just let him off.

This is quite another—and weaker—complaint that the police in London are dealing with. Former England fast bowler Chris Lewis says he was invited to a meeting with Chawla's friend Aushim Khetrapal where he was asked to offer two English players up to half a million dollars to lose a match. Lewis reported the matter to the England and Wales Cricket Board, which in turn informed the police.

Lewis did not take the money, nor did the two other English players, Alec Stewart and Alan Mullaly, the police say. This was consequently about quizzing Chawla on his friend's intention and not action against him for his dubious deals.

But the Delhi Police case is about money in fixing matches, with taped evidence of conversations between Chawla and Cronje. A statement on Chawla's behalf earlier by Bindman and Partners, the solicitors firm, said that "Chawla denies that he has met the South African cricketer, Hansie Cronje, and denies speaking to him at any time on the telephone." That was contradicted by Cronje himself, the last man who should want to. Chawla has been charged in Delhi with cheating, fraud and criminal conspiracy. And still the police in London have not acted on the letter rogatory.

"The heart of the problem is that in this case Chawla will be inseparable from Cronje," a well-placed solicitor told Outlook. The legal path for action on the letter rogatory would be arrest and the launch of extradition proceedings if Chawla is unwilling to face trial in Delhi. The police case against him then will have to be taken to a magistrate's court. Further appeals would lie to the High Court and even to the House of Lords.

Since Chawla is expected to contest extradition, he might be required to hand in a statement in court (it's not customary for a witness to be called in during the course of extradition proceedings). "That would start Cronje's story in public all over again," the solicitor said. "Further, if Chawla is sent to India, then that opens an avenue for Cronje to be summoned by a court in New Delhi." Nobody seems to want that in South Africa or Britain.

An international cricket conspiracy is being covered up by nationalistic defences. Cronje has been forgiven. At the least there is a silent agreement in the media and cricket establishment to forget Cronje. If you forget Cronje you can forget about the case against Chawla. This is precisely the reason, solicitors say, the British police haven't acted upon the extradition plea of the Delhi police. It could still do so, but already invaluable time has been lost through what is described as dilatory tactics. Only god could have beaten the Delhi police in this most illustrious case yet. Maybe he did.