‘A Palimpsest Of Emotions’ 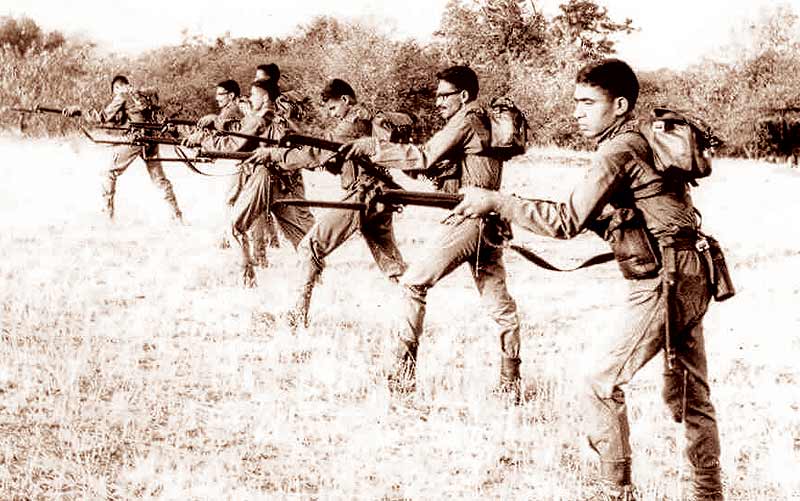 I stepped into my 17th year in 1967. I joined the NDA in Khadakwasla, Pune, leaving my village, Gorur, in Karnataka’s Hassan district, after graduating from a Kannada medium school. Swimming and splashing in the village river with abandon in the mornings, then school in the midst of paddy fields, waiting for the bell at the end of the school day to dash out to play games like marbles and gilli-danda on the street—a kaleidoscope of images come flooding back. From that carefree life, I found myself suddenly thrown into a world of strict regimentation, drills, parade grounds, physical training, gyms, weapons training, swimming pools, horse-riding schools, dining in an officers mess with cutlery, napkins, in dinner suits amidst a magnificent residential complex.

Two years earlier, in 1965, I represented my school, Sainik School in Bijapur, in the Republic Day parade in Delhi. A few were invited for tea at the Rashtrapati Bhavan with Dr S. Radhakrishnan, the President of India. Being a teacher himself, my father had spoken to me of Dr Radhakrishnan, who was a professor in the University of Mysore during his college days, as a great Sanskrit scholar and philosopher. The image of Radhakrishnan Sir, in a crisp dhoti worn in the traditional style and a Mysore Peta, addressing us, is still vivid in my mind’s eye. He delivered a short speech in chaste English, sprinkled with Sanskrit shlokas. He recited a stanza from the Gita. It is etched in my memory and I was stirred with powerful emotions.

I’d turned 17. And was about to step into a brave new world. The academy life was hectic. There was ‘no time to stand and stare’. Yet I was dreaming all the time. Dreaming of my new life in the army and vaguely excited by new India. I had begun to spend a lot of time in the library and reading history, literature, and also devouring magazines like Time and National Geographic. My elder sister had married in 1966 and migrated to the US and was working for NASA as a software programmer. From her letters and photographs, I discovered a new world and was struck by the unimaginable disparity in living standards between India and the West. Preparing for a commission in the army, I was stung with shame on learning of India’s defeat in 1962; we had just emerged from the 1965 war with Pakistan. We had many instructors from the army, navy and airforce who had taken part in the wars who left a strong impression on my young mind.

In the late ’60s and ’70s, almost anyone fortunate to hold a degree in engineering or medicine was migrating to the US in search of a better future as jobs were scarce here. I was vaguely disturbed by this. India’s socialist policies and its poverty and unemployment that was growing by the day—in contrast to the huge strides being made by the West, especially Germany, which had rebuilt its economy on the ruins of WW-II (as had Japan)—left me disillusioned about Indian politicians. And I was confused about the way forward and seething with a myriad emotions, philosophies and impressions all superimposed on one another like a palimpsest.

But even as new impressions and ideas crowded my mind, the prospect of army life, the adventure, the excitement it offered, the glamour, glory and the honour of becoming an army officer and the lure of serving in far-flung, remote, exotic outposts in the Himalayas beckoned me and I was suffused with a kind of luminous optimism, of being somehow part of the new India that we were dreaming about. I was carried away as on a cloud. As the bard said, “Those were my salad days, when I was green in judgement and cold in blood.”

You’ll Take A While, Manchild