A New Set Of Actors

Theatrics are inseparable from Tamil politics 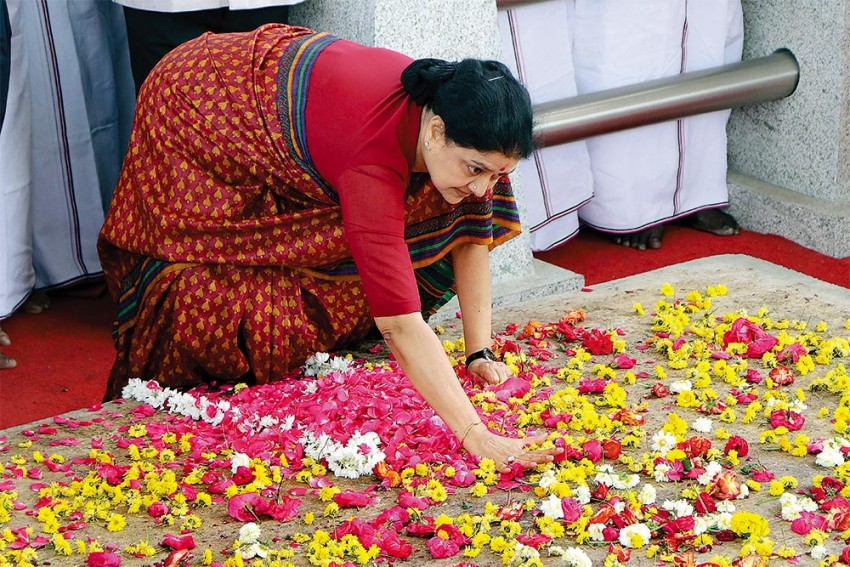 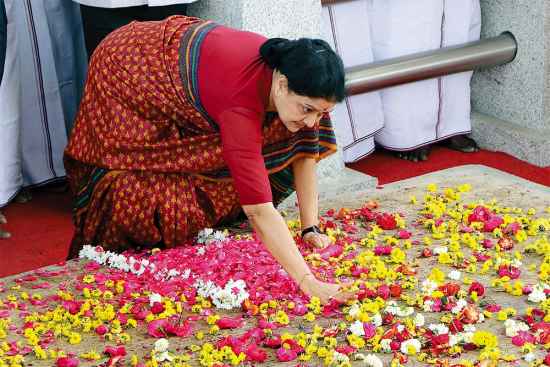 For a state where four chief ministers were from cinema—two script writers, one hero and a heroine—Tamil Nadu has never been devoid of drama in real life. Its political theatre is replete with scenes that would effortlessly fit into a movie.

An MGR with a bandaged neck seeking votes, a Jayalalitha pushed down from the gun carriage ahead of MGR’s last journey, Karunanidhi staging a farcical half-a-day fast on the Marina with his two wives on either side—the state has been witness to such unending drama. “You can take away politics from cinema but not the cinema from Tamil Nadu’s politics,” observed Cho Ramaswamy, himself a film actor/director-turned political influencer.

Two months ago, Jayalalitha passed away while the nonagenarian battle-scarred script writer, Karunanidhi, got overtaken by old age problems. Confined to his bedroom, he rem­ained imm­une to all the histrionics happening around him.

With Amma and Ayya out of the way, just as the state expected its politics to turn normal, two new players emerged. Only this time, they had nothing do with cinema. O. Panneerselvam, the tea-shop-owner-turned-CM and V.K. Sasikala, the video-shop-owner-turned-CM aspirant, showed the world that experience in films wasn’t a perquisite to putting up a good show. The two proved their acting talents during an eventful week of political theatre.

OPS had already qualified as an expert mime, always doing namastes to Jayalalitha, her airborne helicopter and even the front wheel of her SUV, but rarely uttering a word while Amma was around. Even as CM post-Jayalalitha, he had no compunction in extending a similar subservience to Sasikala. “If you needed a character in servility, it would be OPS,” explained theatre personality Nijanthan. This was true until OPS sat at his mentor’s memorial for forty minutes. The image of the man, in rigid concentration, statue like, was a new form of protest for the Tamils. They had been used to fasts (day long ones are most convenient for aging leaders) and self-immolations (always reserved for cadres), but never a meditative sit-in. For once, dialogues became less important than the silence he had ­observed. A rarity for a state used to the loud histrionics of Sivaji Ganesan and the punch lines of Rajinikanth.

His new rival, Sasikala, proved she was no less of an actor. At the same memorial, she took a ‘sabadham’ (pledge), slapping her palm thrice on the grave, and vowing in Jayalalitha’s name to come back just before she drove to the Bangalore jail.

“The heroines of the Tamil classics, like Kannagi and Sivagami, had shown that the pledge is a powerful weapon in a woman’s armoury. Even Tamil poet Bharathiyar chose Draupadi’s humiliation in the Kaurava’s durbar to pen his classic Paanchaali Sabadham. While Sasikala cannot be equated to those personalities, the anger and vehemence that burnished her pledge cannot be ignored,” points out stage and television actor T.V. Varadarajan.

Since December 31, when she arrived at the AIADMK headquarters to take over as general secretary, Sasikala had attempted to copy Jayalalitha’s style statement—though with pathetic effect. The full collared, long sleeve blouse, her pony tail folded into a neat bun and even the streak of vermillion on the forehead were attempts to create Amma 2.0. In a recent interview to Ananda Vikatan, she had justified it: “I’ve spent most of my life with Jayalalitha and was influenced by how she carried herself. When I try to match her in dress and style, I feel I am one with her. I know there can never be another Jayalalitha.”

The only improvement was in her communication skills after a stuttering start. “Her first two speeches were from prepared text and there was nothing natural about her body language,” remarked lawyer and public speaking mentor Sanjay Pinto. “After OPS’s revolt, she found the confidence to speak impromptu, even answer the questions posed by the media with aplomb. She brought in a lot of emotion to the table. And the final act of the pledge at the memorial was translating all those emotions into imagery. In just one week, we saw the transformation of Sasikala from a hesitant debutante to an accomplished performer.”

The post-Jaya stage has thrown up a third actor as well—Jayalalitha’s niece Deepa Jayakumar. Deepa came with the advantage of resembling her aunt and even sounding like her. Her English also measured up to the late leader and hence, she could make an emotional connect to the AIADMK cadres unhappy with the rise of Sasikala. “We are seeing a younger version of our Amma,” was some of the cadres’ observation about the 41-year-old former journalist.

Deepa lost her traction after Panneerselvam’s revolt but veered around to the theory of befriending her enemy’s enemy. “OPS-the-rebel and Deepa-the-niece versus Sasikala and her proxies,” now showing in Tamil Nadu, will be the next keenly watched political theatre in the country. Stay tuned.