A Mirror To Our Faces 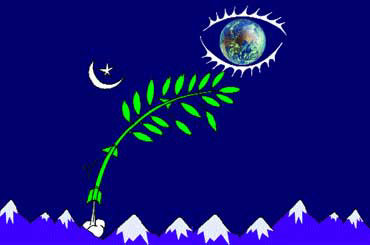 So far it was tit for tat. Pakistan had put its proposals for a dialogue forward yet again and India had rejected the offer saying it would not be blackmailed into commencing talks by cross-border terrorism. It was in what followed that India took a decisive beating. India’s refusal, said the Pakistani delegation, reflected the stance of the ruling party, the bjp. Its purpose was not to stop cross-border terrorism, but "to yield electoral gains in the forthcoming state elections". The bjp’s political strategy was born out of its recent electoral victory in Gujarat, where it gained popularity after a "state-managed massacre of 2,000 innocent Muslims". "Is democracy being converted to the service of genocide? How great doctrines are perverted when fascists assume power."

However furiously we may react to these charges, however subtly Pakistan may have distorted facts, can anyone in India deny its fundamental validity? Were at least a thousand Muslims not killed in brutal ways after the Godhra train massacre? Did Narendra Modi not sponsor the vhp bandh? Did he not punish officers who protected the minorities? Did he not fan hatred of Muslims among Gujarati Hindus to the point where it became difficult even to hold a conversation with a Gujarati friend for fear of destroying a friendship? Did he not win his election on the basis of communal hatred? And did the Centre not stand by while he slaughtered the Indian Constitution and violated the Indian Penal Code? Despite being the deputy prime minister, did L.K. Advani not campaign for Modi in Gujarat?