A Million Mutinies Within

No hagiography: 'He believed that a less than candid biography would be pointless, and his willingness to allow such a book to be published in his lifetime was at once an act of narcissism and humility.' 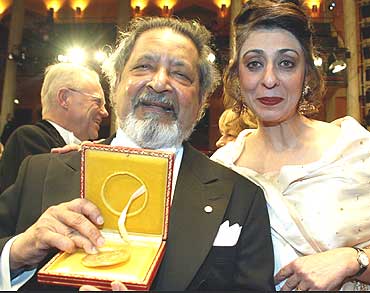 Patrick French's authorised biography of V.S. Naipaul, The World Is What It Is (Picador India, 576 pp, Rs 595), is no hagiography. On the contrary, it is a searingly honest and insightful portrait of a flawed and tormented genius. Reproduced below are three extracts-the first from French's illuminating Introduction to the book; the second charting how Naipaul's views on India evolved and changed over 30 years; and the third from an extraordinary later chapter, in which Naipaul loses one wife and gains another, even as he discards his mistress.

When slavery was formally abolished across the British empire in 1834, cheap labour was still needed for the West Indian sugar plantations, and V.S. Naipaul's destitute forebears were shipped from northern India to the Caribbean as bonded labourers; it was slavery by another name, slavery with an expiry date. Vidia Naipaul, born in rural poverty in colonial Trinidad in 1932, would rise from this unpromising setting to become one of the great writers of the 20th century. This achievement does not mean that all his writing was good, or that his behaviour was exemplary, but rather that his cumulative accomplishment outstripped his contemporaries, and altered the way in which writers and readers perceived the world. His achievement was an act of will, in which every situation and relationship would be subordinated to his ambition. His public position as a novelist and chronicler was inflexible at a time of intellectual relativism: he stood for high civilisation, individual rights and the rule of law. 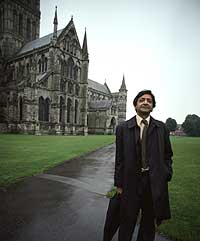 This was not an unusual position for someone of his cultural background to be taking, but in Europe in the early 21st century it became extraordinary, aided by Naipaul's tendency...