Jolie does come up with an affecting performance here as Marianne Pearl, the widow of Daniel Pearl. 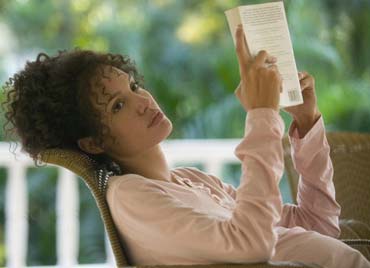 Anjelina Jolie’s lips are like SRK’s dimples. There’s little else that you are willing to acknowledge about the two stars (least of all acting talent) other than these prominent physical attributes. However, Jolie does come up with an affecting performance here as Marianne Pearl, the widow of Daniel Pearl, the WSJ journalist who was kidnapped and beheaded by Islamic fundamentalists in Karachi in 2002. Marianne, i.e. Jolie, is the fulcrum. The film is not just about the kidnapping, the whys and hows; nor does it probe deep into the politics. It’s about the aftermath, the investigations and encounters. It’s also about the human side, the desperate search for a lost man and how it affects his pregnant wife who can merely wait, watch and bear the uncertainty and pain. The film gets together diverse characters, CID and FBI officials, diplomats, the ubiquitous servant kid and fellow foreign journos who create an air of sympathy around Marianne.

Admirers of Winterbottom might find A Mighty Heart somewhat disappointing. Britain’s most prolific director has a way with making films on the recent global conflicts. Welcome To Sarajevo was a gritty document on a group of journos covering Bosnia Herzegovina and how one of them is so overcome while writing on a local orphanage that he smuggles, and later adopts, one of the girls. In This World was a heartrending account of two Afghani boys running away from a Pakistani refugee camp to illegally migrate to the UK. A Mighty Heart lacks their power and punch but Winterbottom tells the story in a similar docudrama vein: hand-held digital camera, a real feel and journalistic approach. There’s an urgency in the way he shoots the restless Karachi streets. It’s an impenetrable place, as confusing as that line drawing made by Marianne and friends to link up the various dramatis personae in the baffling drama. He also catches the quirks of the city, a neighbour’s phone line is cut to get a connection for foreigners, the poorest of areas is wired to the net, like the mobile-infested Mumbai of RGVs Company. And the play on religion—Buddhist Marianne, Jewish Daniel in a Muslim country—unambiguous but not brazen.