Is a quiet but significant middle-class backlash on in urban India? A computation of results in local elections in 24 major cities held since the Lok Sabha poll in 2009 shows that the Congress has been steadily losing ground in urban pockets, even where it runs the state government. Out of 2,832 seats on offer in the cash-rich cities, Congress occupies just 618; the BJP 894. Are urban voters turning away from them because the two national parties no longer speak for them? Or are state governments and political parties becoming indifferent to urban middle-class voters, who are perceived by them as people who do not matter in elections since they do not come out and vote in large numbers like poor and rural voters? While the jury is out, what is clear is that rising fuel and food prices, rent and transport costs, along with inept, inefficient and corrupt governance are driving people in urban areas up the wall—a seething mass that could cost the UPA dear. Then again, have local body elections and general elections ever mirrored each other? 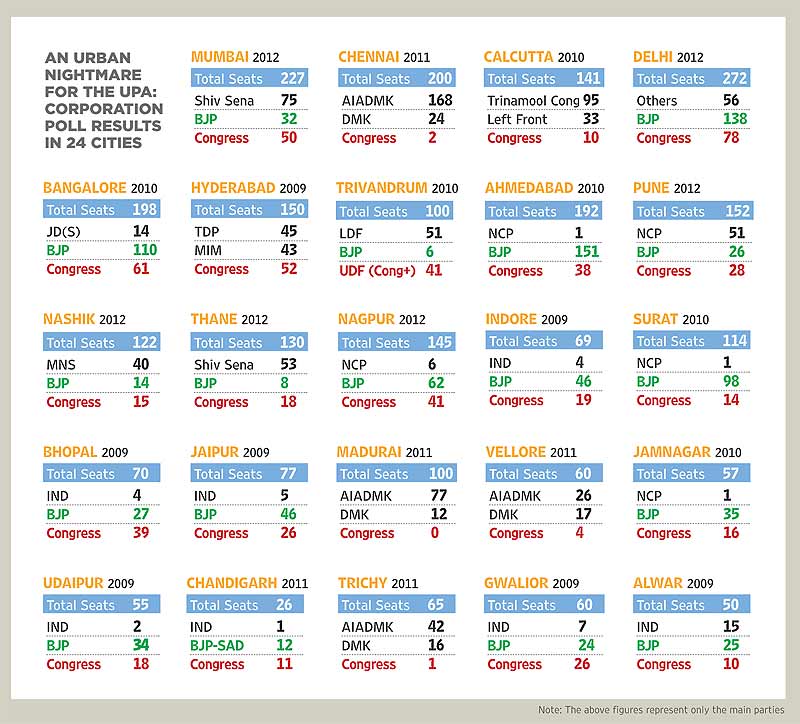 Was It Just A Mirage Then?