A Metropolis Is Shamed

A Dalit woman is insulted in Mumbai. Hardly a voice is raised. 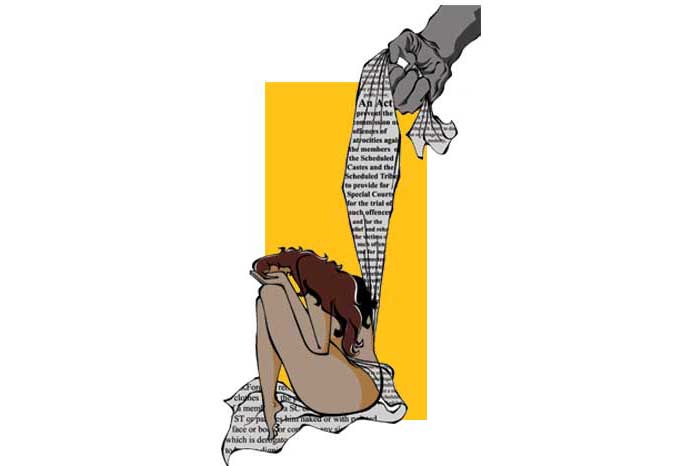 Snaking between the godowns of Mumbai’s Reay Road area are bylanes in which human dwelling competes with garbage mounds and slush. In this unacknowledged part of the city, on Mira Dargah Street near Darukhana, holed up in one of the several slum huts, lives an equally unacknowledged 22-year-old woman. She has refused to step out in her basti for more than a fortnight now; one or two policemen have kept vigil over her and her mother. The woman, a Dalit, was verbally abused, beaten with sticks, stripped of her clothes and dragged through the basti to the taunts, jeers and catcalls of whoever gathered to watch.

“I can’t go out there,” sobs Reema (name changed). “I kept shouting ‘No’, yet they kept beating me and  ripping off my clothes and dragging me around, shouting ‘neech jaat, neech jaat (low caste)’. They kept telling one another to take turns at abusing, beating and insulting her. Some men even took photos on their mobiles, laughing all the time. I wanted to die.” She has been weeping and angry by turns since that fateful Thursday, June 17. Her  ordeal of about half an hour ended when her neighbour, Saeeda Qazi, mustered courage to cover her up with a dupatta just as a police team arrived. Her mother, who was also beaten as she tried to  protect her daughter, had gone to the nearest police station for help. “We didn’t cook or eat for days,” says the mother. “They did this because we are the only Dalit Marathi family here. They don’t want us around. Also, my son and I have fought many times, refusing to pay for the community water tap. So, when he wasn’t around, they took revenge.”