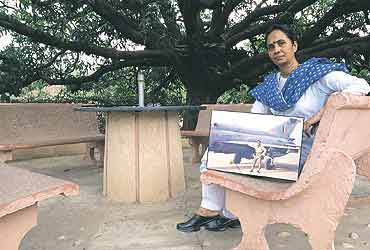 Standing in quiet dignity outside Rashtrapati Bhavan a few years ago, Kavita Gadgil handed out a bunch of photocopied papers to waiting journalists soon after she had spoken to President A.P.J. Abdul Kalam. All that Gadgil wanted was the establishment sit up and take notice that she, as a citizen and a mother of a dead MiG-21 pilot, was concerned about the safety of young air force pilots. Her cause drew renewed attention when, years later, the film Rang De Basanti (RDB), brought the whole issue back into focus. While RDB is a runaway hit, it also succeeded in making the three service chiefs take time off to watch the film at Delhi's Mahadev Road auditorium.

But as the producers quietly accepted the three cuts 'suggested' by defence ministry officials, it brought back into focus the uneasy ties the three services share with the mass media. For the army, it all began with Major Saab. Horrified at how it portrayed the prestigious National Defence Academy, the army approached the censor board to ensure that any film dealing with the armed forces would get a...