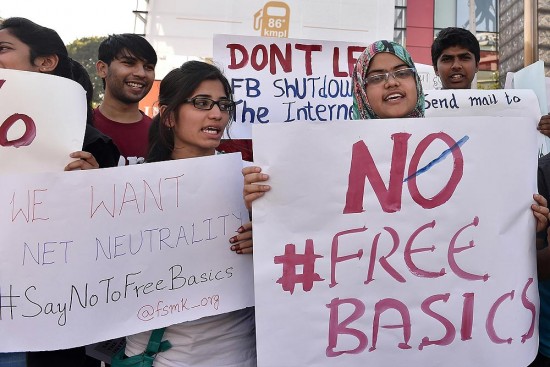 Hours before the January 31 deadline for telecom regulator TRAI to give its opinion on Facebook’s controversial and expensive Free Basics pitch—which seeks to give India’s poor “free” access to certain partner websites—the consensus seems to be building up against the soc­ial media giant. “If there is cannibalising of the internet through services like Free Basics, the internet will be split; it will parcel out and slice the internet. Its future is at stake,” says a senior government official on condition of anonymity.

In a climate where the tech-savvy Modi government is seen to be close to the online trinity of Facebook, Google and Twitter, TRAI’s defiant stance in favour of net neut­rality stands out. There’s a lot at stake. India’s position becomes crucial as few countries in the world have clearly defined laws on net neutrality or have taken a stand on it. For Facebook, there’s a lot more at stake. India is its second-largest user base after the US (it is banned in China), so it is leaving no stone unturned. The massive Rs 300-crore electronic and print media campaign is an indication of that.