A Maritime Arc Of Saptaswaras

Young Carnatic musicians, born or living in the US, are shifting base to Chennai as full-time performers 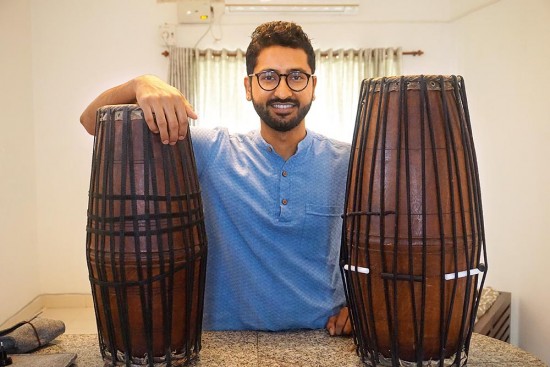 Los Angeles does have its music history enriched in the 1940s by the African-American commun­ity that gave way to several bands a quarter century later—and then punk and hard rock. The southern Californian metro was already a global capital of recorded music industry when Sandeep Nara­yan was a toddler there in the mid-1980s, but today the young Carnatic exponent is only happy to have settled in the south Indian city that suits his focal artistic tastes.

Chennai is where the classical musician has made his home for a decade now, having earlier shuttled frequently between the Mediterranean-climate US coast and tropical Tamil Nadu to learn and perform Carnatic that anyway lays stress on his talent: vocals. “To a large extent I was helped by the prodding of my own guru,” Sandeep, 33, says, referring to acclaimed Sanjay Subrahmanyan. “He convinced me that if I was really serious about being a Carnatic singer, I need my feet firmly planted in Chennai.”

So, in 2006, after completing his B.A. in Law and Society, Sandeep relocated from the Pacific Rim to peninsular India. He got a flat near Sanjay’s home in downtown Mylapore, and began spending more time learning from and singing with his teacher. Most secretaries of sabhas—cultural organisation—used to see him only as an NRI performer: his ear-studs were more taken for a Yankie hangover than a vintage Dravidian feature. So Sandeep had to make the extra effort to register in their minds that he was in town to stay and perform. “The first few years were that way, too, a struggle,” shrugs the 33-year-old, whose now-­diluted American accent least creeps into his mouthing of the kritis.

Other than the image makeover, the imponderable was the financial viability of a Carnatic performer. “Not all full-time singers make a lot of...