The importance of an education in nonviolent courtship 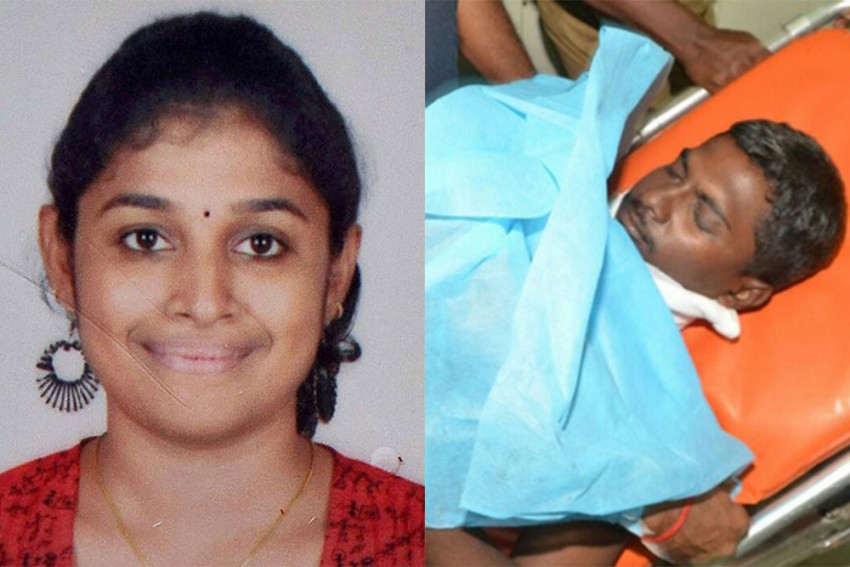 Ways Of Dying
The suspect in Swathi’s murder slit his throat trying to kill himself
Gita Jayaraj July 14, 2016 00:00 IST A Lovestalked No 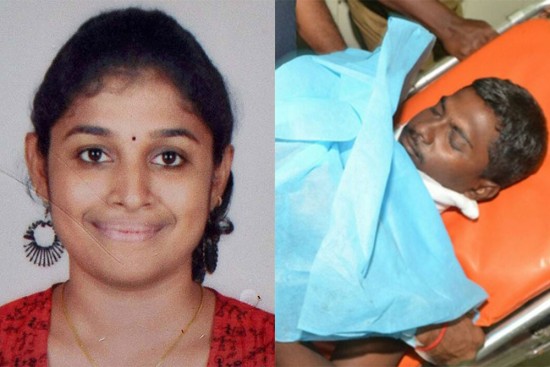 Since that fateful morning when S. Swathi was brutally hacked to death on her way to work, speculation has been rife about the murderer and his motive. It took a plea from the family to put an end to speculation about the young girl’s “character”. That’s nothing out of character, for isn’t this how we have always dealt with violence against women?

Theories began to float: An ISIS-style hit? A caste angle? Cyberspace exploded with “explanations”. The reports and opinions were of all kinds: sensitive, scathing, acrimonious and bitter. A week later, Ramkumar, a young man, was nabbed from his Meenakshipuram home in Tirunelveli. He tried to kill himself by slitting his throat. But before he could breathe his last, the police moved him to a hospital. He was later brought to Chennai and remanded in judicial custody while und­ergoing treatment at the government hospital.

Then the press was told the recuperating suspect had made a confession. The mot­ive he allegedly confessed was bone-chilling: “She mocked me and insulted my looks in public.” Public humiliation is a terrible thing to live down, especially when one is young.

The young in India appear to be in a bit of a bind with tight parental and institutional controls on socialisation of different sexes, and even further controls on the basis of caste, religion, sexuality and sexual orientation. No wonder communication between young men and women is fraught with guilt. In the name of tradition and culture, we smother young people with conflicting ideas of ­decency, dignity, morality and virtue.

As old as the hills, love is the prerogative of youth. Our schizophrenic society, whose popular culture celebrates young love, is also harshly punitive of it in real life. Of course, the schizophrenia is explained by what is passed off as young love in popular culture. Stalking, bullying and public harassment are accepted ways of courtship. Respect and consent are alien concepts.

A society that approves, even encourages, its young to stalk, harass and bully as expressions of love and vests its honour in the bodies of women—­imprisoning them within the lines of caste, religion and class—is extremely sick. In such a society, expressions of love will always have violence visited upon lovers.

Imagine that a young man approaches a young girl at a bus station or a bookshop, wherever you will, and beg­INS a normal conversation. The girl does not feel threatened, nor is there a sense of “how dare ‘he’ speak to ‘me’?” This can happen only if she is not carrying the burden of divisive social structures and expectations, and doesn’t see her virtue or morality to be under threat.

Some weeks or months later, perhaps, he tells her how he feels about her. Now, it is never easy to bare one’s soul to another and know that it could go either way. This is a moment of ­extreme vulnerability. It is important to treat it with gentleness and respect. Saying no—even as you ­understand how you are being entrusted with a ­person’s love and life in that moment—should be done with a kindness that allows the other person to move on with dignity. And persons baring their innermost ­feelings should understand and accept that a no is a legitimate and valid response. To cite public humiliation as an excuse for violence is just that—an excuse born of a fatally fragile ego!

If we cannot imagine a society where persons of all genders feel safe to make or refuse a conversation or a proposal without the fear of being humiliated, acid-­attacked or killed in some gruesome way, we need to stop talking about Indian culture and tradition.

In this case, we have two victims and the perpetrators, of course, are all of us who persist in perpetuating mindless, violence-inducing divisiveness of caste and religion in the name of our tradition and culture. CCTVs or campaigns on safety for women will not help as crimes are merely symptoms of deep-rooted malaise, which is what needs to be treated before it is too late.

On June 24, an unidentified person later suspected to be one Ramkumar, who was then arrested, killed computer engineer S. Swathi on a platform of the Nungambakkam station using a sickle.