A Long March Of Folly

That's Indian policy. Pity is, Laiq suggests no way out of the moral vacuum. 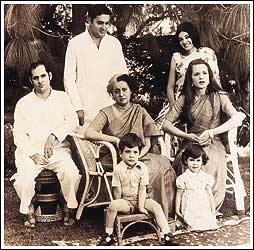 The Maverick Republic
By Jawid Laiq
Roli Books Rs 295; Page: 240
Alexis de Tocqueville, the greatest writer on democracy ever, once surmised that as societies become more deeply politicised and inherited modes of authority dissolve under the weight of democratic aspiration, they experience a profound and protracted crisis of transition. Old moral norms dissolve, without being replaced by new ones. The result is a deep confusion. At such moments there is, Tocqueville wrote, "an unspoken intestinal war between permanently suspicious rival powers...the lines between authority and tyranny, liberty and licence and right and might seem so jumbled and confused that no one knows exactly what he is, what he can do and what he should do". Jawid Laiq’s collection of opinion pieces and reporting is vividly meant to drive home the point that the riotous contention of interests that we think of as Indian democracy has a similar moral void at its core. There are no settled rules that constrain even the simplest of transactions, no moral values to which society as a whole pays even a modicum of attention, no restraints on the exercise of power and few ways of mitigating the boundless cruelty this society produces. Even the power of the people, the central basis of a democratic society, is usurped by cruel, self-aggrandising oligarchs, who subvert every popular intention, and crush ordinary Indians under their powerful yoke. The resulting moral vacuum allows all our worst instincts free play. As Yeats said in another context, "the best lack all conviction while the worst are full of passionate intensity."

Laiq’s editorials and reporting collected in this book cover the period from the mid-’70s to the present. He gives small but sharp snapshots of our discontents. His short essays range over political episodes such as the Emergency, the Punjab crisis, the assassination of Mrs Gandhi, to equally wondrous topics like an ayurvedic dentist who painlessly extracts teeth and the politics of dealing with man eating animals. Underlying the short essays is a relentless scepticism towards those in positions of power, an unshakeable faith in the moral goodness of the people they have duped and a biting sarcasm at the mores and practices of Indian democracy. He is irreverent about everything: Sonia Gandhi to Abdul Kalam, our economic policy to our nuclear shenanigans, our information technology revolution to our urban policy. Indian policy is one long march of folly. While many essays hit the spot, some border on the hyperbolic. For instance, Sonia Gandhi’s "totalitarian" past, her family’s apparent sympathy for Mussolini, is supposed to portend badly for Indian democracy. The book is more descriptive than analytical or explanatory. But what saves it from being just another boring and relentless tirade that amounts to saying simply that almost everything is wrong with India is the fact that Laiq seems to be having great fun doing it. He can turn a good phrase, clearly enjoys the reporter’s craft and has first-hand experience of the ground realities of Indian democracy.

But the quality of writing suggests that this enjoyable collection is also a missed opportunity in two respects. Laiq’s preoccupation with tearing down the pretensions of the Indian political system gives this book a relentlessly negative tone. His chapter on the IT revolution, for example, makes the obvious point that IT still does not employ as mean people as small-scale industry. But is this sufficient reason to pour scorn upon this sector? Laiq also often misses the wood for the trees and almost all the large questions that his rich material raises are passed over without comment. Is the amoralism of Indian politics a transitional phase or our permanent fate? What about the extraordinary democratic churning the dissolution of old forms of authority have produced in Indian society? How is it that a few politicians manage to consistently hoodwink those who elect them? Is the faith in the "innocence" of the people simply Laiq’s way of holding onto hope amidst the depravations of our politics? Or are the "people" more complicit in producing their condition than we would like to acknowledge? Perhaps the negativism and excessive present-mindedness are professional hazards for most journalists, a product of the pressures under which they write. The book might have been better served if the introduction had framed the pieces in larger context, giving some of Laiq’s own explanatory insights. Instead one gets two things that are at the heart of the book. First, we get an account of the sheer exhilaration and adventure of being a reporter which he conveys in full measure throughout the book. Second, we get an account of the failings of Indian democracy. Running like a thread through the book is an account of the amoralism of Indian politics. But Laiq does not comment on whether this amoralism is a cause or a consequence of the failures of Indian democracy.

And like any good reporter, he ought to have reminded himself that moral vacuums are never filled by moral exhortation alone. They require a more complex response that eludes this book and all of us as well.

"You Can't Treat A Person So Shabbily"