A Long Benefit Of Clergy 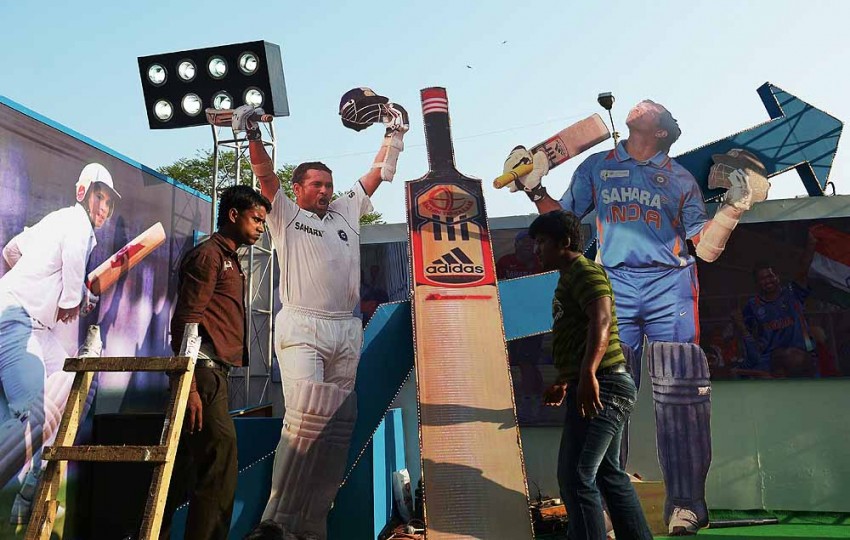 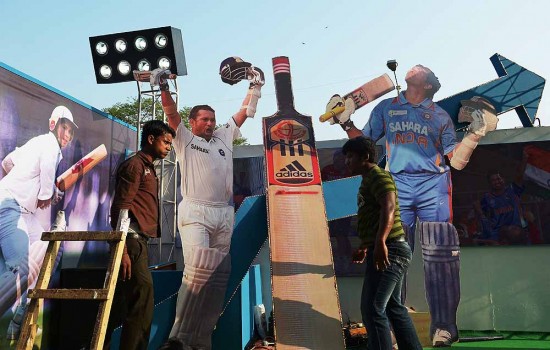 The gold mine that is Sachin Tendulkar is about to run dry and the media industry will just have to move on. Ignore for the moment the impact of Tendulkar’s retirement on cricket, marketing and television; consider only the effect on the average pen-pusher. Anyone reporting on his game for the past quarter of a century would have written at least 500 pieces on the man. That is at least half a million words, although many would have crossed the million-word mark. Tendulkar is not only a statistician’s delight himself, he is the cause for statistics in others!

Writing about Tendulkar is one of the more profitable beats in journalism. So when we say ‘Thank you, Sachin’, we speak not just of the incredible straight drive or the forehand-down-the-line swish past mid-on, but of the few lakhs he has added to all our bank accounts on the way to adding millions to his own. This is the professional’s ultimate dream: to be paid for doing what we might have done free of cost—watching Tendulkar bat—anyway.

The technique of Tendulkar-writing borrows from that of detective fiction. Some readers merely want a reaffirmation of the familiar, of everything they already know. For them, the ideal detective story or the Tendulkar essay is one that reinforces what they already knew. The second kind want to be surprised, want the dots to be joined to form patterns they don’t expect. The majority of writings on Tendulkar currently cater to the first type. Over the next few years, some might look into the second, where uncomfortable truths are not glossed over, where intelligent speculation is not held back for fear of offending Tendulkar or the mighty industry around him.

Don Bradman had a Jack Fingleton who could look bey­ond the aura and see the man with all his human weaknesses and insecurities. Who among Tendulkar’s contemporaries will play the Fingleton role? I can think of a couple of names, but let’s wait and see.

The Australians Ricky Ponting and Adam Gilchrist have both written in their books that the Indian changed his story during the ‘Monkeygate’ investigations in Australia. It hasn’t gone down well with the Tendulkar-worshippers because he is dangerously close to being in the pantheon with such figures as Shivaji, Subhas Chandra Bose and Bhagat Singh: men who provoke a violent hero-worship and about whom nothing may be implied that suggests they are less than gods.

We thank Sachin not only for those shots, but also for the lakhs he has added to all our Accounts.

Everybody plays safe with Tendulkar. His contemporary Sourav Ganguly was fair game (outside of Bengal), and copped criticism not just from the media but from ex-players too; Sachin had immunity from both. The writer Mukul Kesavan once wrote of the “fawningly good” press that Rahul Dravid always received, adding it would “embarrass a North Korean despot”. Ditto, Tendulkar. For occasionally making a critical comment, I picked up an undeserved reputation for Sachin-bashing and enough hate mail to fill a book.

To my mind, he is the greatest all-round batsman the game has produced. Tendulkar set high standards in his bats­manship as well as in personal behaviour. Yet, res­ponses to his acts of omission and commission—ball-tampering in South Africa, the criticism of his captain declaring when Sachin was on 194, the att­empts to get tax relief on his Ferrari—were always tinged with tolerance, even humour. He had the benefit of clergy. Perhaps writers were wary of being banished from the charmed circle.

Which is probably the main reason why we do not get to read anything of startling originality or roundedness about Sachin, certainly not at this juncture. As far back as in 1998, I wrote: “At 25, Sachin Tendulkar is like the Taj Mahal. There is nothing new to be said about either.”

On reflection, that is both true and false. If, as George Orwell suggested, at 50 a man has the face he deserves, then at 25 a sportsman has the image he deserves, and Tendulkar’s image as a great batsman and perfect gentleman was well-established. But false too, because obviously there are other ways to join the dots, and perhaps there are more dots waiting to be discovered.

By retiring, Tendulkar has, hopefully, liberated writers around the country who considered it unpatriotic to criticise the player.