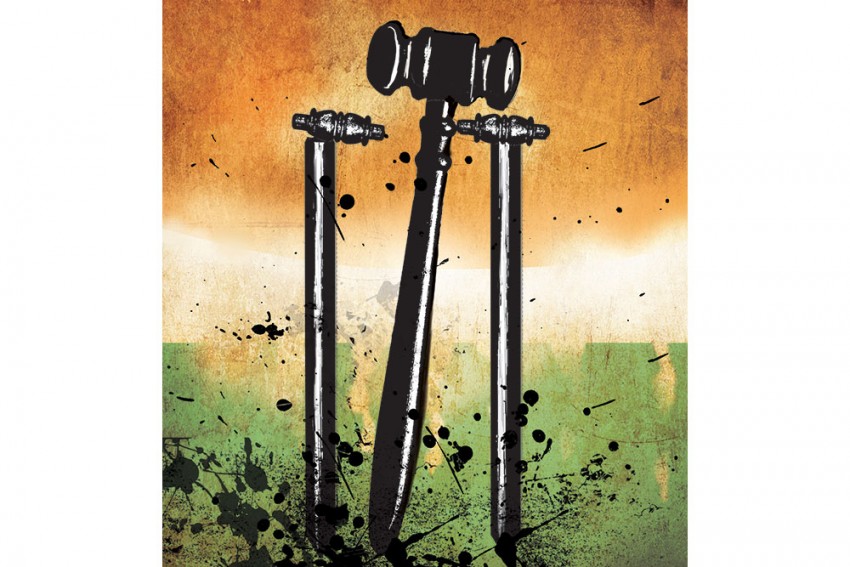 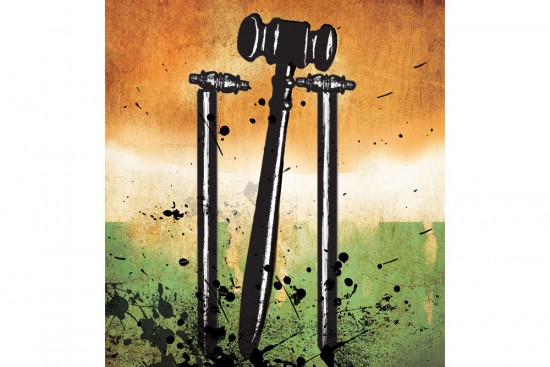 Over the last three years, the cricket fan in me watched the BCCI’s fate unravel in the Supreme Court with feelings ranging from glee to schadenfreude. At some point, the lawyer in me took over and my feelings have moved from a faint sense of foreboding to full-blown horror. What started as a judicial cuff for the BCCI’s petulant refusal to abide by a perfectly legal and commonsensical order of the Bombay High Court (who can possibly disagree with the principle that “no one can be a judge in one’s own cause”?) has now turned into a ghastly spectacle—the BCCI now looks all set to be broken up and restructured in the name of “reform”.

It’s hazardous to predict the outcome of a case only on the basis of judges’ observations made during hearings, but the imp­ression one forms is of a bench that has already made up its mind. The Lodha committee report has become gospel truth, which the SC, with all the zeal of a new convert, is trying to ram down the throat of the BCCI. In all probability, we will witness a court-mandated shake­-­­up the likes of which Indian sport—or law—has never seen.

How did we get here? The legal point underpinning the story is that the BCCI, in the eyes of the law, is an “authority”—a body entrusted with public functions that it carries out for the benefit of society. The BCCI’s role, functions and character (irrespective of its founding charter) give it the features of a public body—more so given the almost total monopoly it enjoys when it comes to conducting cricket in India. This is not to say that the BCCI is the government or some governmental body—a point the Supreme Court clarified in 2005 in the context of a case filed by Zee News. Even there, however, the SC allowed for the possibility that the BCCI was an “aut­hority” for the purposes of law—and therefore one whose decisions and actions could be challenged under Article 226 of the Constitution, and therefore subject to writs from the high courts or the SC.

Does this mean that the SC can engage in the kind of wide-ranging exercise it is engaged in? There’s a close analogy in the anti­trust law in the US, where some of the world’s most powerful monopolies, such as Standard Oil and AT&T, were broken up on court orders. Then too, questions were raised. But US federal courts were backed  by law in the form of the Sherman Antitrust Act, 1890. The fight against powerful monopolies had the backing of the popular mandate. Much more than what can be said about the SC’s war on the BCCI.

In truth, it’s not the BCCI I’m worried about. Had the court ended the matter with the finding that BCCI was a public authority and thereby intervened in the decisions of BCCI’s officer-bearers who were acting in blatant violation of every known legal principle, there would have been nothing wrong. The wide terms of reference of the Justice Lodha committee should have probably been the first warning sign that the court might be veering off course. The recent hearings, and the observations made by the court, suggest that we’re already well into uncharted territory as far as the powers and functions of the court go.

Whenever the judiciary overreaches, it is usually accused of foraying into the territory of ano­ther institution, such as the legislature or the executive. What the BCCI case represents is an instance where the judiciary has stepped into a legal terra nullius—there’s no precedent, no principle, no law that guides it on the legal wisdom of enforcing the Lodha committee recommendations on the BCCI. The court is ill-equipped, and worse, lacks the humility to understand that it is ill-equipped, to articulate the wisdom of the changes suggested by the Lodha panel.

It is this lack of understanding of its own limitations, accompanied with a messianic zeal to champion middle-class cause celebres, that should give us cause to worry. An SC utterly convinced of its own virtue and unaccepting of any restraints on its power is no friend of civil liberties or the rule of law.

(The writer is a senior resident fellow, Vidhi Centre for Legal Policy. The views expressed here are his own.)

The closest parallel to the SC’s interventions in the BCCI is that of American courts against big corporates in anti-trust cases. But the courts there were backed by law. Here, that’s not the case.